By now, we all know that the kratom industry is over-saturated. We also know it’s a precarious business to be in.

That is why it comes as little surprise to most of us that Garden Zen Herbs disappeared from the scene.

Of course, to understand why this New York kratom vendor vanished in 2019, we have to explore the full story. Read on to get the bigger picture. 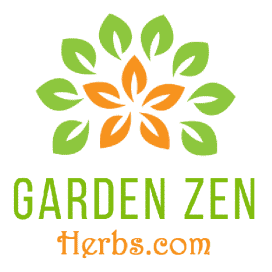 Garden Zen Herbs was first established in or around 2017, but you would never know it by searching for it online. There isn’t a single trace of its existence until 2018.

The normally opinionated Reddit community does not appear to have had anything to say about this vendor. After thorough investigation, we were unable to find any mention of Garden Zen Herbs on popular kratom forums, such as Double M Herbals or I Love Kratom.

Nevertheless, this East coast kratom vendor did exist. For a time, it was one of few actual kratom brands in New York State.

Garden Zen Herbs was a fully stocked apothecary, one that featured not only kratom but, also, CBD oil, loose herbs, and more. Its customers seemed to enjoy the variety and quality if we go on the available evidence.

Its disappearance in 2019 raises more questions than can be answered, but the year in which it vanished is a significant one. It is also an indicator of why the brand may have gone under.

In September, 2019, the FDA (Food and Drug Administration) issued a public warning, urging consumers to avoid kratom use. The agency admonished consumers about the potential for addiction and abuse.

That same month saw news pieces about kratom legality in Pennsylvania and the controversy surrounding the substance. Incidents of potential salmonella and heavy metal contamination were also making headlines.

It isn’t hard to imagine that Garden Zen Herbs was taken down over a bad batch. It’s happened to other brands in the past and some of them never recover.

At one time, Garden Zen Kratom carried kratom potentiators, such as Cayenne, Turmeric, etc. Many of these herbs are readily available in big box stores, but few land-based shops stock fresh, organic herbs.

Alas, this was not a vendor that was known for submitting its herbs to an independent laboratory for third-party testing. Without any concrete proof, it is impossible to know whether the brand was safe to use.

Of all the specimens in this vendor’s catalog, White Sumatra was undoubtedly the very best. This particular cultivar hails from the rugged tropics of Sumatra Island.

According to kratom enthusiasts, Sumatra Kratom is among the most potent strains on earth. White Sumatra is said to contain substantial concentrations of the terpenoid indole alkaloid 7-hydroxymitragynine.

White Sumatra was once an extremely rare strain due to the select number of farmers experienced in its cultivation. However, many vendors have begun to establish a rapport with farmers along the Malay peninsula. It’s only a matter of time before this one is as prevalent as Green Indo or White Horn.

What Made Garden Zen Herbs Special?

Whereas most online kratom vendors offer Rewards Points as an incentive to buy and buy again, this East coast vendor kept the pressure to a minimum. As a hands-off supplier, all you’d get is a list of its many cultivars and corresponding prices.

What’s more, Garden Zen Herbs was one of the first domestic vendors to stock kratom bones. For those who don’t know, “bone” is the word used by Indonesian farmers to describe the sturdy central stem portion of kratom leaves.

Here in the U.S., we commonly call kratom bone “stem and vein.” Garden Zen Herbs Stem & Vein Kratom was crunchy, fresh, and always robust. You could tell the leaves were not disturbed as they rack-dried, leaving the husk of the herb to be preserved.

What This Vendor Charged

Prices varied depending upon size and availability. Its green, red, and white vein kratom powder could go for as much as $25 for twenty eight grams. Kilos sold for up to $160 based on current vendor metrics.

Such price gouging is common in the Empire State, and it’s only gotten worse in the interim. Since Garden Zen Herbs vanished into the proverbial ether, N.Y.-based kratom vendor Red Devil Kratom started charging as much as $116 for eight ounces, with two hundred fifty grams selling for $126.00.

Garden Zen Herbs’ own pricing was based on the then-current marketplace averages and the inflation typical of the Big Apple. It was neither the most affordable, nor the most expensive option around.

This supplier may have offered multiple carrier options at one time, although the last we heard it was shipping via USPS (United States Postal Service). In case you are unaware, the Post Office has been slammed by consumers for its recent delays.

If you have the option of ordering from someone like Garden Zen Herbs in the future, you should do so with caution and always upgrade to expedited shipping.

Returns are frequently accepted by online vendors, but they are rarely accepted by brick-and-mortar shops. At one time, Garden Zen Herbs did much of its business on a local level. It is unclear whether it offered refunds on bunk orders.

At one time, this vendor would accept COD (Cash On Delivery), money orders, and more. As of March, 2019, the company was accepting credit cards through Zapper app.

If it were around today, it would likely accept CashApp and similar privacy-based solutions.

With the boom in crypto it is highly likely that Garden Zen Herbs would be accepting Bitcoin (BTC), Ether (ETH), and similar currencies.

This vendor would often provide customers with incredibly generous deals. This included its designation of February as Free Ounce February. In 2019, this special enabled customers to try the strain of their choice for nothing more than the flat price of shipping.

All you had to do was punch in the code ‘FREEOZ’ and you were on your way to receiving one thousand grams of kratom on the house.

Other Garden Zen Herbs discount codes included ‘LOOT,’ which was good for 15% off your total at checkout.

Very little has been written about this vendor, most likely due to its abrupt dissolution. We have polled members of the global kratom community and some have made claims about ordering from it, but few seemed aware that it was an East coast brand.

There are numerous customer reviews on the company’s Facebook profile, but it’s difficult to discern between actual consumer reviews and shilling. It may be easier to tell one from the other if all the reviews didn’t have the language and cadence of a marketing campaign.

Curiously, one of the first reviews on the page is by a user who calls himself Austin Swampass Gunter. After visiting his profile, it would seem as though he is a backpack vendor, selling product covertly via eBay under the name Gator Hills Farms.

As we mentioned earlier, there are few actual vendors in New York State. One of the most prominent, Red Devil Kratom, is a total rip-off.

For the best alternative to Garden Zen Herbs, you’ll want to seek out Mount Kratom. This Brooklyn-based kratom vendor carries a host of green, red, and white kratom strains in both powder and capsule form.

An ounce sells for $8.05, while a kilo goes for $91.99. As you can see, this is below the industry standard for bulk kratom powder.

While it’s unfortunate that this once-promising vendor has gone silent, it’s too soon to rule out its return. With new e-commerce platforms and deep web markets sprouting up left and right, the odds are good that Garden Zen Herbs will reemerge.