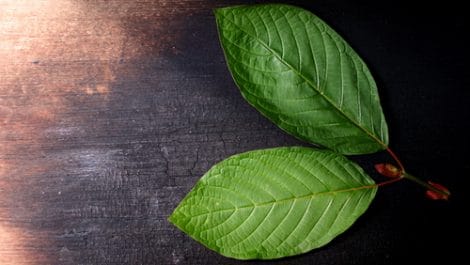 Once upon a time, there was a vendor with the eye-catching name of Bulk Kratom Supply. Unfortunately, like so many vendors before them, BKS has gone the way of the Dodo. What happened to them? Details are very limited, but we’ll reveal everything we’ve been able to piece together below.

This late vendor was based out of Oceanside, CA, and first appeared in 2012. According to ZoomInfo, Bulk Kratom Supply had worked their way up to 22 employees and an estimated annual revenue of $4 million before things went awry. They didn’t crack into the world of online Mitragyna speciosa forums, though. There doesn’t appear to be any mention of them on Reddit. They only came up once on the I Love Kratom forum, and even then it was an inquiry into whether anyone else had tried or reviewed them yet.

With their web presence almost completely scrubbed (see below for more details), it’s impossible to confirm what products they sold. All we can say is that they were a bulk Kratom vendor, which means they probably had at least a basic selection of strains in quantities of 1 kilo or larger.

What Happened to Bulk Kratom Supply?

Per their no longer active URL (bulkkratomsupply.com), this company’s IP address became prohibited. This might have been nothing more than a glitch if not for the complete scrubbing of the vendor’s social media sites. Back in April 2018, Bulk Kratom Supply had a nice follower base. Their Twitter account was followed by 2,000 people, and their Facebook page had 3,300 fans. Now, there’s nothing left to show for their efforts other than error messages.

The Disappearance of Kratom Vendors

Just like any other industry, Kratom has a lot of pretenders and businesses that aren’t built to survive. However, these aren’t the only reasons that some of these companies fail. It appears likely that Bulk Kratom Supply fell prey to one of two issues:

Again, we have no way of knowing for sure and are only mentioning possibilities that have occurred in the past. This is in no way meant to start rumors or to disparage the people behind the former Bulk Kratom Supply company.

No matter how hard we dig or how many Google searches we run, we can’t find any definitive details about the demise of Bulk Kratom Supply. Those of you who used to buy Kratom from this vendor will need to seek out alternative avenues. The good news is that The Golden Monk sells bulk Kratom! You can also look through our extensive, Complete List of the Best Kratom Vendors to locate a wide variety of options.