Home/Kratom vs Kava: Knowing the Differences

Kratom vs Kava: Knowing the Differences

Kratom and Kava can be purchased from the same vendors, but that doesn’t mean that they have a lot in common. Despite Kava being listed as an alternative to Kratom, its overall effects are quite different. Read on to learn about Kratom vs Kava. 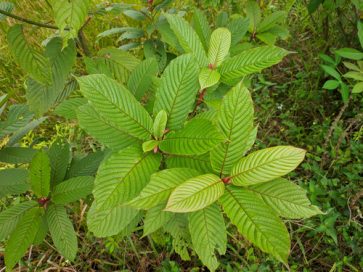 Kratom comes from Southeast Asia. Also known as Mitragyna speciosa, Kratom is part of the coffee family. It has been in use since at least the 19th century for a variety of therapeutic purposes. Traditionally, people chewed on the leaves to provide pain relief and to stimulate one’s appetite. Although the DEA has taken a stern stance against Kratom, its level of serious toxicity is actually quite rare.

Kava, also known as Kava Kava and by the scientific name Piper methysticum, is part of the pepper family. Kava grows in the Pacific Islands. Its name comes from the Greek word for “intoxicating.” The Kava shrub cannot reproduce on its own. Therefore, propagation happens via stem clippings. The noble version of this plant takes four to five years until it can be harvested. However, the non-noble version, which grows to fruition in just one year, has potentially harmful compounds.

Kratom usage isn’t allowed in multiple countries. It’s also illegal to own or use in several US states. Some of this has been blamed on Big Pharma, especially because there’s a relatively low rate of serious toxicity. Despite the DEA’s plans to mark Kratom as a controlled substance, usage of the plant has increased dramatically in the US since 2011. In 2007, Thailand announced it had become their most popular drug.

The World Health Organization has stated that “it is possible for Kava beverage to be consumed with an acceptably low level of health risk.” This is despite the fact that it’s psychoactive. Perhaps the biggest reason it hasn’t been banned by most places (although there are restrictions on in the UK) is because it has significant religious, political, social, medicinal, and cultural throughout the Pacific Islands. In fact, it’s not considered to be addictive, nor does it lead to dependency. Interestingly, Christian missionaries did try to ban its usage, but this has more to do with its religious significance than anything else.

Side Effects of Kratom

Some people who use Kratom will experience side effects. These may include loss of appetite, increased urination, nausea, itching, dry mouth, and sweating. In order for more serious side effects to occur, an individual must use Kratom in very high quantities.

Side Effects of Kava

People who regularly use Kava may experience loss of sex drive, sore red eyes, loss of appetite, nausea, weight loss, a scaly skin rash, and laziness. On the plus side, these issues will clear up after a person stops using Kava. 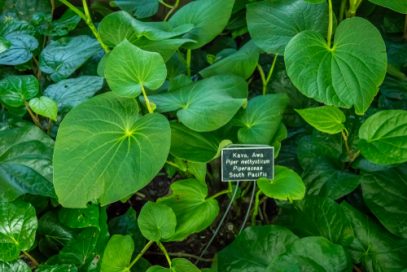 Kava produces a euphoric performance. Kratom, meanwhile, has a range of performances, including being stimulating and euphoric. Kava reminds many users of alcohol, whereas high quantities of Kratom tend to a have a more opioid-like performance. Both of these plants are natural and have been in use by natives of their growing lands for thousands of years.

Would you like to find some of the best Kratom available? Be sure to check out The Golden Monk’s Complete List of the Best Kratom Vendors.