The Dangers of Combining Caffeine and Kratom 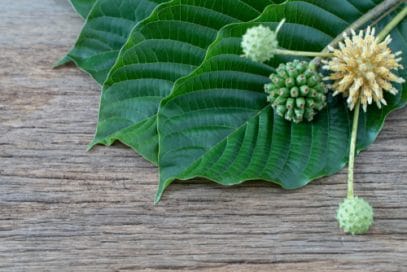 Caffeine and Kratom have a bit of a shared history. That’s due to the fact that the Mitragyna speciosa plant is part of the coffee family. Of course, this doesn’t mean that Kratom and coffee automatically make great partners. Instead, their similarities seem to make the two substances dislike each other. So, before you decide to combine coffee and Kratom, read on to find out about the dangers involved.

What Are the Side Effects of Kratom Coffee?

Whether they’re taken one after the other or mixed together in a single cup, Kratom and coffee can produce unpleasant side effects. We don’t know why this happens, nor do there appear to be any studies investigating this topic. Therefore, all we do know is that these side effects exist, although each person’s experience may vary.

Some of the side effects include:

Kratom and Coffee: Do They Potentiate Each Other?

When we talk about substances potentiating each other, people tend to get excited. That’s because a potentiate increases the power of another substance. However, in this case, we’re looking at the dangerous side of potentiates. That’s right, everyone; when you put Kratom and coffee together, they can potentiate each other’s side effects.

It’s relatively easy to find people talking on Reddit about the so-called positive side of caffeine as a potentiator for Mitragyna speciosa. But you’re also going to find several Redditors acknowledging that this isn’t a great combination.

In one thread, a few forum members talked about the downsides of Kratom coffee. Comments included:

Similarities and Differences between Kratom and Coffee 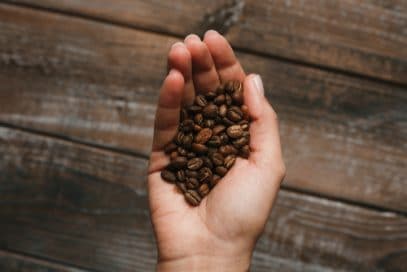 As previously mentioned, Mitragyna speciosa and coffee are basically cousins. They both belong to the Rubiaceae family, along with approximately 13,000 other plants. There are several branches of this family tree, though, which leads some plants to be more closely connected than others. For instance, cinchona is more closely related to Kratom than it is to coffee. In total, Kratom is very closely connected to 10 other members of the Rubiaceae clan. Meanwhile, coffee shares close ties with 120 species.

Perhaps the biggest difference betweent these two plants is their physical appearance. Kratom leaves come from tropical evergreen trees, which grow without needles or fruit. On the other hand, coffee beans are the pit of their tree’s fruit. The two substances also produce different alkaloids, with Kratom containing mitragynine and coffee containing caffeine.

It may seem weird today, but another thing that Kratom and coffee have in common is being misunderstood. There were numerous historical attempts to ban coffee, with those in Constantinople (now known as Istanbul) being beaten for simply taking a drink. If they risked a second cup and got caught, they were sewn into a bag and thrown to their death in the Bosporus waterway. We don’t know about you, but that seems like a huge overreaction to those of us at The Golden Monk.

Some swear by the combination of Kratom and coffee, while others shun it due to the negative side effects. Because there haven’t been any studies into this topic, we just don’t know enough about any other possible negative interactions. Therefore, we don’t suggest taking the risk of mixing these two distant cousins together.