Home/What is the American Kratom Association?

What is the American Kratom Association?

Introduction to the American Kratom Association

The primary function of the American Kratom Association is defending consumer rights and protecting natural resources. This non-profit, advocacy organization launched in 2014.

What Does the American Kratom Association Do?

The AKA requested a meeting in 2018 with the FDA on Kratom’s behalf. However, this request has been ignored. If the meeting ever happens, the AKA plans to advocate for Kratom and discuss the group’s regulatory statement of principles.

The AKA helps keep Kratom legal through petitions and lobbying. Additionally, they collect donations and volunteer time from those who believe in their mission.

In 2018, the AKA held two congressional hearings. Members of the US Senate and the US House of Representatives were present. Two doctors spoke on Kratom’s behalf during these hearings. This serves as merely one prime example of the American Kratom Association’s efforts.

In 2018 and 2019 alone, the AKA fought won many Kratom legal battles. For example, Georgia lawmakers backed down on a proposed Kratom ban. Instead, they voted to enact the Kratom Consumer Protection Act. Arizona, Oregon, and Utah also adopted the Protection Act after lobbying from the AKA.

The American Kratom Association and thousands of supporters helped change Kratom’s fate in Ohio, too. As a result, the Ohio Board of Pharmacy has pushed back the vote several times. The 2018 ban proposal is now on hold.  Therefore, Kratom is still legal in Ohio.

The AKA’s Good Manufacturing Practices (GMP) Program encourages all Kratom vendors to voluntarily regulate themselves. Participants are required to follow standard operating procedures as outlined by the AKA. These vendors also verify their compliance with third-party testing and regular audits. Additionally, new members must demonstrate these values and pay a $500 registration fee (followed by an annual fee of $1,000).

There are 14 other vendors currently undergoing the approval process. The Golden Monk is proud to be among them. 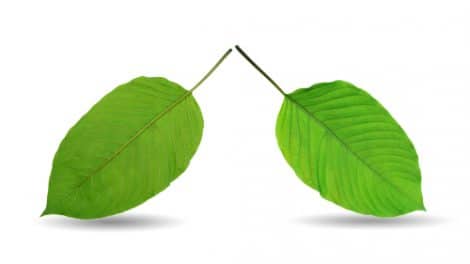 Some of the American Kratom Association’s principles have received mixed reviews. Over on Reddit, discussions about the AKA often lead to heated debates. In one example, the OP said:

“Does anyone else think that Kratom’s days might be numbered if the American Kratom Association is the best representation the plant has in all of this? In all of their releases they seem combative, aggressive…Not a good look for the primary torch-bearer of Kratom’s legality.”

Several others stood up for the AKA in this thread. Therefore, this proves that many in the community have a much better opinion of the organization.

The thought of nationwide Kratom regulations and compliance can be intimidating. However, getting the FDA and the DEA to back off would help protect the rights of every adult US resident.

The American Kratom Association’s specific advocacy approach is proven to work. Ultimately, what’s in all of our best interests is supporting those who are fighting the good fight for our rights. After all, without the AKA, it would be illegal for many of you reading this to buy Kratom.