Kratom is widely loved, and there’s more than ample evidence for this online. From Reddit to Quora, people are discussing their favorite strains and vendors. How do you find each of these forums? Read on!

The Reddit Kratom forum is one of the most popular, although it’s also among the most restrictive. You’re not allowed to provide links anymore. There’s also some arguments about whether or not you should even mention vendors. Fortunately, the older posts are still active, which does allow you to find out a lot more about the Kratom community. As with all Reddit posts, you do have to take things with a grain of salt as anyone can create an account with any username they’d like.

Double M Herbals has a pretty relaxed approach to a Kratom forum, which has made it very popular. However, they don’t allow users to mention anything about the payment methods that are accepted. Therefore, if you’re trying to find a vendor who accepts a specific type of payment, you’ll need to look elsewhere. One of the things that we really like about this Kratom forum is that you’ll find real-life reviews of vendors from a variety of different people.

Although the ILoveKratom forum isn’t used as regularly as many of the others, it still has a large community of Kratom supporters. Brandon, a moderator, seems to respond to most comments, and he also has a long list of vendors whom he prefers. The forum has a bit of a confusing layout, but it’s still worth checking out if you want to talk about everyone’s favorite plant.

Bluelight.org is different from the other Kratom forums in that Kratom isn’t the main topic. In fact, there’s not nearly as many Kratom threads here as there are on the other sites. Also, Bluelight is a resource for people who use a wide variety of things, including those that should scare pretty much anyone. However, if you’re still interested in checking them out, you can skip most of the other stuff by going directly to their Kratom forum.

Quora’s forum seems to have members who are more interested in getting into the nitty gritty. They write long posts, discuss the pros and cons, and take a genuine interest in finding out whether or not Kratom is for them. As such, we love this forum, although it doesn’t tend to have discussions about vendors. Still, if you’re ready to look into the more intellectual side of Kratom, be sure to visit Quora. 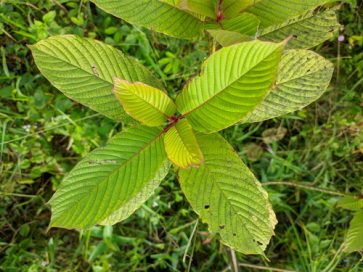 There are, of course, several other places online where people meet to discuss Kratom. The reason that most of the other forums weren’t mentioned above is because they lack regular discussions. A few honorable mentions include The Kratom Forum, Dr*gs-Forum, and The Mitragyna Dialogues. Others, such as Kratom One, tried but failed to catch on with enough people.

Would you like to start using Kratom instead of just talking about it? Be sure to check out The Golden Monk’s guide to A Complete List of Kratom Strains.