Coastline Kratom is a once-popular online kratom vendor who gained recognition for its first-class kratom powders and live kratom plants.

Over the years, Coastline Kratom’s products and pricing have engendered attention and controversy among the kratom community. The company received dozens of gushing reviews from kratom-related sites, but consumer feedback wasn’t always as fawning as the general blogosphere.

Find out everything you need to know about this once-promising kratom vendor below.

Coastline Kratom was founded by Joshua and Katrina Fulton, a North Carolina couple with a background in ethnobotanicals. After launching the international wellness brand Absorb Health, the pair decided to branch out into the kratom trade.

Coastline Kratom was launched in 2015, with operations taking place in Supply, N.C. The fledgling business experienced its fair share of speed bumps, but it also got off to a great start.

The initial reaction from online forums was warm and welcoming, and some were quick to support this new brand. Over time this attitude soured, no doubt due to a lack of appropriate care or customer service.

This vendor’s online store once specialized in hard-to-find kratom strains, which gave rise to increased consumer attention. Unfortunately, many who tried its products insisted it was bunk.

One user wrote, “It’s garbage and uber expensive. I mean, this place is on par with a scam.”

This sentiment is one that was shared by many in the online community and may have contributed to the company’s downfall.

As of this writing, Coastline Kratom’s Brunswick County office is listed as permanently closed. This vendor’s homepage carries a red banner, which reads, “Coastline Kratom is Ceasing Operations Effective Immediately.” 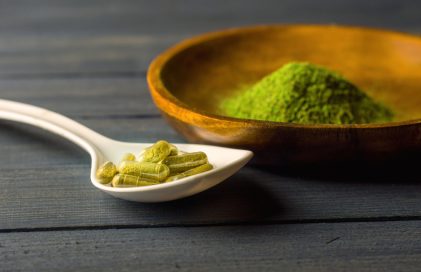 There are many factors which could have played a role in Coastline Kratom’s dissolution. Online vendors have been under intense scrutiny, with watchdog groups demanding higher standards and certain institutions alleging impurity.

It is quite possible that Coastline Kratom damaged its reputation among native farmers, thereby making it difficult to source fresh kratom. This vendor is notorious for failing to answer emails, even after customers have waited weeks to receive their orders.

Many buyers have accused Coastline Kratom of expecting them to confirm their payment five or more times before processing an order. Others dealt with missing shipments that never arrived.

Perhaps the biggest complaint leveled against this vendor was its bogus return policy, which some users have lamented in the past.

As of November 2020, this vendor closed its doors. In the ensuing months, Reddit members have shared their less-than-desirable experiences, calling Coastline Kratom’s business practices “shady AF.”

Of the many kratom strains this vendor carried, its Borneo and Malay Kratom were among the best. There was a time when Coastline Kratom Green Malay was a best-seller.

Coastline Kratom carried a limited number of kratom veins. There were 13 strains to choose from, two of which were ultra-enhanced powders.

This was arguably the company’s biggest best-seller, one that drew new customers to the site like flies. Clearly, it understood these small variety packs would appeal to the uninitiated.

This variety pack enabled customers to try different strains without investing in large volumes of unfamiliar product. Each pack cost $49.99 as loose powder and $54.99 as capsules.

This vendor offered each of its strains in both powder and capsule form. Encapsulated kratom was favored by many who liked the convenience of taking pills instead of choking down raw powder.

As you can see, Coastline Kratom was a small-batch kratom supplier who only offered bulk kratom powder to its wholesale clients.

This vendor provided free First Class Mail shipping on all orders. Packages shipped via the USPS (United States Postal Service). It did not offer upgrades to more expedient shipping methods, nor did it offer insurance on orders.

Consequently, consumers were SOL if their package got lost in transit. This was frequently the case, with many users sharing stories about orders being rerouted or never showing up.

Coastline Kratom accepted returns on a case-by-case basis, but it failed to offer a time-line for its returns. Customers had to pay for their orders to be returned in spite of no real refund guarantee.

Technically, the company’s return policy gave consumers a 90-day money-back guarantee, but in select cases it did not honor it. Some refunds were issued within hours while others did not arrive for weeks. 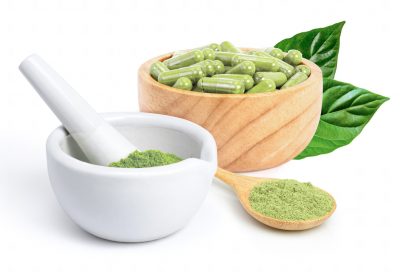 This seller only accepted major credit or debit cards. Customers could not use Bitcoin, CashApp, or other methods favored by the privacy-conscious.

More traditional options, such as COD (Cash On Delivery) or postal money order were not accepted either.

Over the years, Coastline Kratom dished out a number of promotions via social media. Kratom coupon codes were redeemable for 10-15% off your total at checkout.

More recently, discounts became scarce, perhaps due to the prevalence of bogus codes for 30% or more. Many third-party coupon sites offered codes that were not legit.

Opinions of this vendor varied from somewhat positive to extremely negative. In an unbiased review on Reddit, one member wrote, “Coastline Kratom is definitely one of the costlier Kratom vendors on the market…However, they also have some of the most effective Kratom strains.”

Elsewhere, a user said, “Wow, they are expensive. There are some great vendors around here that have excellent kratom. Acadica, mystic island and many more for under $100 a kilo.”

Another user said, “I tried em once. Paid a lot more than I have from other vendors. I thought maybe since they are so much more expensive, the kratom they sell might be that much better. I didn’t think so. I get much more bang for the buck, and just as good quality, from Kratom OG or Herbal Salvation.”

As we mentioned earlier, consumers had a lot of trouble getting in touch with Coastline Kratom. This vendor did not response to inquiries for weeks, nor did it resolve grievances in a timely manner.

The customer service phone number would invariably ring incessantly without an answer. The online contact form could best be compared to someone screaming into a vacuum.

Despite its claims of third-party laboratory testing, there was no denying the questionable quality of Coastline Kratom’s products. Whether we’re talking about the seemingly unnatural coloring of its red vein kratom powder or its murky billing policies, this North Carolina kratom vendor was consistently suspicious.

Today, there are literally hundreds of online kratom vendors to choose from. Many of these brands are first-rate and forthcoming, offering detailed information and a guarantee you can count on. Coastline Kratom was never one of them.