Local Gas Station Convenience Stores That Sell Kratom Near Me 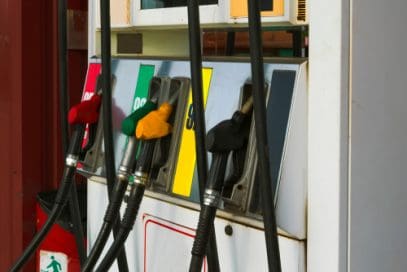 Some gas stations and convenience stores near you have hopped on the Kratom train. In other words, it’s become even easier than ever before to find local Kratom vendors. Of course, there are pros and cons associated with heading to the closest gas station that sells Mitragyna speciosa. We’re going to take a look at this entire topic, along with answering a common query. “How can I find local gas stations that sell Kratom near me?”

Local Gas Stations That Sell Kratom Near Me

If you’re one of the thousands of people who have asked “are there any local gas stations that sell Kratom near me,” then you’re in luck! In fact, many 7/11 locations throughout the U.S. now sell at least one or two varieties of capsules. Be sure to check the Slurpee-selling chain’s traditional convenience stores and their gas station-convenience store hybrids.

Other well-known gas stations and convenience stores that sometimes carry Kratom include BP, Marathon, Circle K, and Shell. Because most of these businesses are independently owned, you will need to check with your closest stations to determine where to go in your local area. A quick search within a few different states revealed that BP stations are the most likely to sell Mitragyna speciosa.

Why Aren’t There Any Big Box Gas Stations That Sell Kratom Near Me?

If you’re looking for Kratom at gas stations affiliated with companies such as Costco, Kroger, Meijer, Sam’s Club, and Walmart, you’re going to end up disappointed. That’s because big box stores nationwide, including their associated gas stations and convenience stores, tend to steer clear of Mitragyna speciosa. The primary reason is that their owners are concerned about running into credit card issues.

Unfortunately, some credit card processing companies refuse to process payments for Kratom. If a business tries to put a charge through, they run the risk of getting caught. This could lead to them losing the ability to run credit cards for any future purchases. This is quite simply too big of a risk for big box locations that sell a high volume of products and gas.

Of course, some of the smaller gas stations and convenience stores have found the perfect workaround for this problem. It’s becoming increasingly common for gas stations near you to sell Kratom on a cash-only basis. This eliminates the problem of testy credit card processors and gives customers what they want at the same time. In other words, it’s a win-win, but not one that bigger businesses are likely to explore.

Per Reddit, gas station and convenience store pricing for Kratom can definitely get out of hand. In one example, a Redditor spent $15 on four Kratom capsules. Kratom liquid shots have also been spotted at Circle K for $10 each.

To put this into perspective, you can get a 250-count bottle of Kratom capsules from The Golden Monk for only $59.99. Some people have questioned whether or not the four capsules for $15 example was for Kratom extracts. Even if it was, you can get much higher quality online for a similar price. 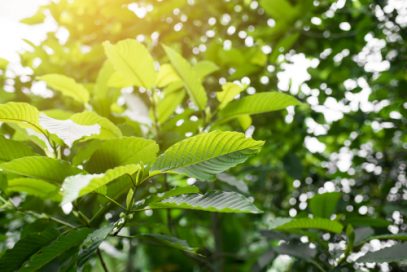 When it comes to buying Kratom, there’s a lot more to consider than simply price, location, and availability. After all, you don’t want to spend your hard-earned money on a product that’s low quality or isn’t safe. Headshops, gas stations, and convenience stores have gained a reputation for selling Mitragyna speciosa that doesn’t match up to the quality of online Kratom. It’s extremely rare for this reputation to be unfounded.

If quality and price are among your top concerns, it’s always going to be better to go with a reputable online vendor. You should expect to pay more for Kratom sold at a brick and mortar shop near you. And when it comes to gas station Kratom and safety, consider the words of one Reddit forum member after being asked if it was risky to buy gas station Kratom: “It’s risky to use the restroom at a gas station.”

Gas station and convenience store Kratom that’s sold near you may be okay in a pinch. However, it’s definitely not your best value. To get the most bang for your buck from a quality and price perspective, be sure to check out The Golden Monk’s Complete List of the Best Kratom Vendors.