Why Can’t I Find Kratom at My Local Walmart? 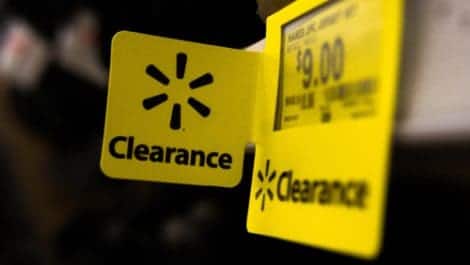 Is Kratom sold at Walmart anywhere in the US? This is a common question that people ask, and the answer probably won’t surprise you: No. But do you know why you can’t buy Kratom pills at Walmart?

There isn’t some corporate conspiracy to keep you from finding Mitragyna speciosa locally. In fact, the Walton family would probably be happy to let you buy Kratom tea at Walmart since it would boost their bottom line. However, there are numerous issues that make big box stores too nervous to carry this popular natural substance.

You’re probably familiar with the fact that many online Kratom vendors don’t accept credit cards. But do you know why? In a nutshell, it’s because many credit card processing companies won’t process payments for a wide variety of items, including Kratom.

It doesn’t matter that Kratom is currently legal at a federal level. Credit card companies still view Mitragyna speciosa as a high risk. As a result, vendors that accept credit cards do so at the risk of having their accounts seized. When this happens, the vendor loses money and can no longer process credit card payments.

Walmart and other big box vendors rely way too heavily on credit cards to take a chance at losing this payment option without any warning. After all, Walmart makes $40.2 million per day nationwide. Even if their credit card processor was down for only a single day, they would still lose millions of dollars. Adding Kratom to their product list quite simply isn’t worth the potential loss for Walmart.

The FDA and Walmart

The FDA presents another major hurdle for any big box business that wants to sell Kratom. In fact, the government organization has a history of seizing Kratom shipments. Once this happens, the odds of getting the Mitragyna speciosa back are slim to none. In some cases, this has cost individual vendors as much as $5 million. Walmart steers clear of the entire debacle by choosing not to carry Kratom in any of their stores.

The FDA has been clamping down on Mitragyna speciosa, and families have even started filing lawsuits against companies that manufacture and sell Kratom powder, capsules, and other products. Even though the evidence against Kratom is basically non-existent and doesn’t stand up to close scrutiny, Walmart isn’t going to take any chances. Major companies get sued frequently, and they sometimes lose even when they really haven’t done anything wrong. If Walmart were to lose a suit involving Kratom, they’d probably owe millions or even billions in damages. Again, the risk is just too high for a chain that needs to preserve its reputation worldwide.

Who Does Sell Kratom Locally? 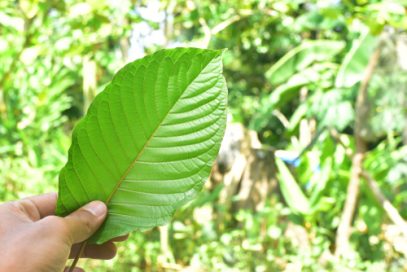 Now that you now the answer to “Can I buy Kratom at Walmart?” it’s time to move on to places where you actually can purchase it. Headshops are often the biggest sellers in local areas. If you’re unsure where to look, be sure to consult our Best Places to Buy Kratom Locally and Online guide. You can also get more ideas by checking out Tips for Buying Kratom Near Me.

If you want to make the entire process even easier, turn to online Kratom vendors. The Golden Monk and several other reputable online sellers can often offer better quality, a larger selection, and lower prices than your local Mitragyna speciosa vendors.