Urban Botanical is a kratom distributor located in Virginia Beach, VA. The company was first established in 2016 with a goal of reaching people who might otherwise be unaware of the Ayurvedic herb. This vendor was intent on offering first-rate customer service and fantastic kratom product at a cost-effective price. The team had witnessed firsthand the dishonest and disreputable behavior of many kratom vendors who came before them. They were resolved to take a more direct and proactive approach when building their own business model. Lo, Urban Botanical was born!

Urban Botanical was designed to be a streamlined e-commerce site for those seeking exotic and affordable kratom blends. Now, five years later, the brand has emerged as one of the smallest, simplest online stores in existence. If this is the first you’re hearing of this brand, you’ve come to the right place. Here you’ll learn all about the pros and cons of this peculiar new brand in our Urban Botanical Vendor Review. Read on for the full skinny on Virginia Beach’s latest kratom start-up.

Urban Botanical Kratom specializes in selling kratom powder in secure, resealable pouches. Its collection is composed of proprietary blends that have been meticulously crafted for an optimal aroma. It is this vendor’s signature blends that set it apart from many of its competitors. It doesn’t simply combine green, red, and white veins to produce a robust mixture. Rather, the Urban Botanical team fastidiously hand-select the most mature and vibrant leaves from each respective category. For example, this vendor’s Platinum Maeng Da is crafted from premium quality kratom leaves from each iteration of wild-grown Maeng Da Kratom. Maeng Da is widely regarded as the eldest example of horned leaf kratom.

For those who don’t know, horn kratom is a particularly prized and unpredictable Mitragyna speciosa cultivar with serrated edges and a horn-like shape to its leaves. These plants are said to be far more potent than traditional plain leaf kratom trees. Platinum Maeng Da is ever bit as strong as its reputation would have you believe and it owes much of this incredible potency to its conception. Urban Botanical mixed the finest leaves from green MD, red MD, and white MD to yield this light and luxurious powder. The result is pure goodness. Our pick for the Urban Botanical Best Strain is Rose Gold, an unusual and unforgettable conglomeration of Platinum MD, Red Bali, Red Borneo, and Red Thai. This astounding combination of red vein with the all-encompassing mixture of Maeng Da Kratom makes for a full spectrum kratom powder that is light years ahead of Trainwreck Kratom blends in terms of entourage and duration.

Rose Gold’s evocative name might lead you to mistake it for one of the gold strains in the kratom family, but this is no so-called “vein.” On the contrary, it is one of the greatest stacks we have yet to experience. Like Urban Botanical’s other blends, Rose Gold is long-lasting and distinct, providing an inimitable fragrance that you are unlikely to find anywhere else. If there is one problem with the Urban Botanical Kratom catalog it is the limited variety. Aside from the two aforementioned blends, this vendor only stocks one other powder—White Gold. The description of this one turned us off with its vague allusions to various white veins and its inappropriate assertions. Urban Botanical’s packaging is pretty standard by indie standards. Its pouches are sturdy and resealable, and the text is clearly printed. This is the kind of professional appearance you want when buying kratom online.

If their packaging is, more or less, similar to that of other top brands, its prices are not. Although it is fairly affordable compared to many head shop brands, Urban Botanical Kratom remains far more expensive than the majority of online kratom vendors. This isn’t the only area in which they differ from others in the current marketplace. This vendor’s return policy is more restrictive than your average five-star brand, though its shipping options are competitive. You can choose betweens UPS or USPS for carriers and shipping speed. The Urban Botanical Kratom web site has a decent if limited build, with easy-to-navigate pages and convenient menus. Alas, the site suffers from a dearth of consumer incentives; there is no affiliate program, no rewards points advertised, and no clearance page.

The owners of Urban Botanical are not an AKA (American Kratom Association) approved member, nor are they affiliated with the Botanical Education Alliance or similar advocacy groups. There are no dominant green vein powders to choose from, nor are there any straightforward strains for those who wish to procure traditional specimens. For this reason, Urban Botanical is definitely a bespoke vendor, one who will only appeal to a select portion of the kratom community.

What It Costs & How it Compares

Urban Botanical’s prices start at $15 for an ounce of powder, which is fairly common for twenty-eight grams or less. For example, Kraken Kratom charges as much as $12.49 (depending on the strain), while My Brave Botanicals charges $15 plus shipping. You can get three ounces of Urban Botanical Kratom for $35 or eight ounces for $75.00. As we mentioned earlier, these prices compare favorably to those charged by head shops, but they are much higher than those provided by many online vendors. To put this into perspective, we will break down weight versus price in the clearest possible terms. Eight ounces equals about two hundred twenty-six grams. The best online kratom vendors sell kratom kilos, which consist of one thousand grams, for around $120.00.

At $75 for two hundred twenty-six grams, you are paying nearly as much for a quarter kilo as others would pay for a discounted kilo. For example, Amazing Botanicals sells kratom kilos for $99.99, while Zen Life Naturals sells discount kilos for $79.00. Urban Botanical offers each of its strains in both powder and capsule form. Kratom capsules have become increasingly popular because they are easy to swallow and easy to store. Many patrons prefer capsules to powder, as they mask the bitter taste of raw Mitragyna speciosa plant matter. You can get a half-ounce of kratom caps for $16, a full ounce for $24, or three ounces for $50.00. As with the prices listed above, these kratom capsule price points are in stark contrast to those offered by online vendors. For example, Golden Leaf Botanicals sells three ounces of caps for $45, while Kratom Country sells a three-ounce capsule variety pack for $29.97.

This vendor is sorely lacking in positive reviews, particularly with regard to customer feedback. It would seem that no one has mentioned Urban Botanical on any of the top kratom forums. This includes Double M Herbals, I Love Kratom, and Reddit. While this might wave a red flag for some consumers, we do not find it all that alarming. It isn’t out of the ordinary for a five-year-old brand to lack brand recognition. Some independently-owned companies struggle for years before making a name for themselves in their respective niche. If social media is any indication, Urban Botanical is slowly finding its core audience; the company has received five-star ratings on Facebook and appears to be in the midst of some major changes. Their new web site has officially gone live at: https://urbanbotanicalkratom.com/. 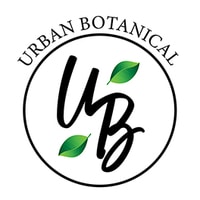 Despite its apparent lack of an affiliate program, the site offers plenty of perks to new patrons, such as news updates, blog entries, and kratom coupon codes. If you sign up for its e-mail newsletter, you’ll receive promotional codes redeemable for as much as fifteen percent off your total at checkout. Subscribers also receive the latest on new products, upcoming events, and special giveaways. These may include kratom kilos or deep discounts on rotating stock.

According to this vendor’s About Us page, it maintains a clean room and complies with Good Manufacturing Practices, but little to no information is provided regarding its testing process. The site does not feature third-party certificates of analysis, nor does it explicitly reference third-party laboratory testing.

Urban Botanical is not approved by the AKA as a GMP-compliant vendor and has not been listed as a pending participant on its web site. The GMP program establishes a standard of testing, labeling, and producing by which manufacturers should comply in order to show they are committed to responsible and transparent kratom sales. The program requires vendors to show their work, so to speak, across every step of the manufacturing and distribution process. This does not necessarily reflect poorly on the company, as it may simply be an oversight on its part. Some vendors are simply unaware of the importance of maintaining and demonstrating good standing with the nonprofit organization.

Yes. No lawsuits have been filed against this company, nor have any complaints been lodged against it with the BBB (Better Business Bureau). It has a clean record that is free from negative feedback or litigation of any kind.

Urban Botanical is a small but satisfying online store for fans of proprietary kratom blends. Its prices may be cost-prohibitive and its lack of payment options aggravating, but its products are undeniably rich. After sampling this vendor’s collection, we can say it is a fresh, fragrant option with some nice surprises for those accustomed to plain leaf kratom powder.