RVA Kratom, AKA Herbal RVA, is one of the leading kratom vendors in the southeastern United States. Despite its long-standing consumer reputation, some reviewers have lamented its seemingly sketchy presentation. One reviewer slammed the company for omitting pages from its site, without clarifying what they felt was missing.

If you need more clarification about buying from Herbal RVA, let us walk you through the pros and cons of this esteemed kratom brand. Read our impartial review for a comprehensive look at RVA Kratom and its wares.

What is Herbal RVA Kratom? 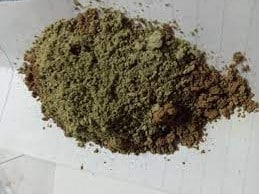 RVA Kratom is located in Mechanicsville, VA, where it has been serving up Mitragyna speciosa for the last six years. Nestled among the swamplands of the Chickominy, this vendor is attuned to nature and devoted to sharing ethnobotanicals with all Americans. Herbal RVA specializes in rare and wondrous herbs, including organic assam, matcha, moringa, and winter berry.

This vendor has received starred ratings, positive reviews, and lovely comments from satisfied consumers. As one of the longest- standing speciosa suppliers in Old Dominion, RVA Kratom represents something of a lodestar to the rest of the country. Its star attraction is its crushed leaf and wildcrafted kratom powder.

This seller is practiced in the art of ethically sourcing wildcrafted Mitragyna speciosa cultivars. Every kratom strain comes from remote regions of Indonesia, where they are harvested during optimal periods in the season. Every kratom powder in the Herbal RVA online store is fresh, clean, and potent.

One downside to buying from RVA Kratom it’s the lack of transparency where lab testing is concerned. There are no certificates of analysis on its website, nor are there QR codes on its kratom pouches. Herbal RVA has opted out of participating in the AKA’s GMP (Good Manufacturing Practices) program.

On the plus side, we have sampled this vendor’s catalog multiple times and found each strain to be safe, effective, and robust.

Herbal RVA best strains include RVA Green Sekayam, which has become a staff favorite in recent years. We have to give props to Royal Bentuangie, as well.  Like Green Sekayam, this dynamic variant lives up to its majestic name.

Some vendors have been selling Royal Bentuangie as “Superior Bentuangie.” That’s because it quickly outranked Maeng Da and Sumatra as the kratom family’s most potent and peculiar strain. Hailing from Indonesia’s Melawi Regency, Royal Bentuangie is derived from the leaves of multiple vein colors. Hence, its nickname—Tropical Blend. Royal Bent is dark in hue and mild in fragrance.

We have arrived at this information based on independent research. You will not learn such things on RVA Kratom’s website because it refuses to share any detailed information about its kratom strains.

Whether this is mere careless omission or deliberate concealment is anyone’s guess. Regardless of where each strain comes from, RVA Kratom’s strains are fantastic. 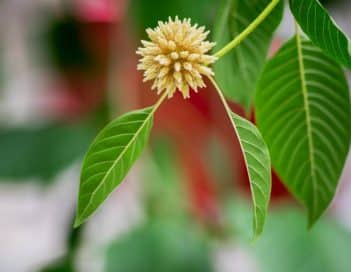 Kratom powders start at $9.75 for one hundred grams and cap off at $69 for a kilo. You read that right. These are easily the lowest domestic prices you can expect for quality kratom. For comparison, Soap Korner charges $10 for a single ounce, which amounts to approximately twenty-eight grams.

Others, such as New Dawn Kratom, charge up to $85 for a split kilo, while price gougers like Happy Hippo charge more than $200 per kilogram. The current industry average is somewhere between $90 and $100.00.

With RVA Kratom, you can get two hundred fifty grams for $23.75, five hundred grams for $47.50, or a kratom kilo for just $69.00. That is the lowest price for a kilo you will likely find anywhere, whether online or in person.

RVA Kratom’s bargain basement pricing has been called conspicuously low by some reviewers, but it’s a fair price to charge customers if you’re sourcing kratom directly via farmers. Many big-name kratom vendors are forced to charge more simply because they get their products from a third-party wholesaler. RVA Kratom sources directly from the native petani of Indonesia.

This vendor currently accepts MasterCard, VISA, and cryptocurrencies. You can save money by paying with crypto. Unfortunately, traditional payment methods, such as cash, check, money order, or PayPal, are not accepted. 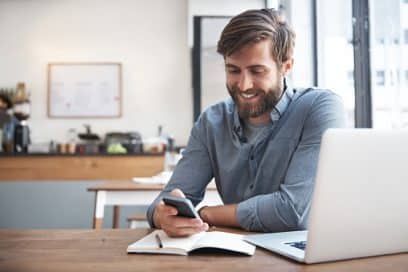 Kratom enthusiasts from the Reddit community have recognized the superb quality on display at Herbal RVA. One member wrote, “The crushed leaf is very good. I would still be impressed if it was thirty dollars more. It has a nice vibrant green color, it is almost all leaf material and is of a uniform size, only a very few small stems here and there, and no sticks whatsoever.”

This same member says, “I’m very happy with my order and with the price, and I’m for sure coming back for more of that crushed leaf and red borneo.” Meanwhile, another member writes, “This has become my go-to place to order from. They’ve got a good variety, and the 4-way split kilo for $70 is hard to beat. It always ships fast…I’ve ordered from a lot of…highly rated vendors, I’d still choose RVA over the others. It’s what works for me.”

Elsewhere, another member said, “My bf and I have used Herbal RVA for several years as well. He has more luck with their products than I do. The first kilo of Super Green Maeng da was great for me (my bf thought it was okay). idk why, but since then, it hasn’t worked as well. But they are definitely our go-to.”

Despite its lack of AKA (American Kratom Association) credentials or strain origins, RVA Kratom remains one of the best kratom vendors in the south. Its collection includes some genuinely rare cultivars and some viable kratom potentiators. Still on the fence? Check out our Complete List of the Best Kratom Vendors.