Before its acquisition, Galactic Botanicals had a loyal following of customers who appreciated the unique and rare Kratom strains that they used to carry. Their prices were also very competitive, which made them even more popular among Kratom users. Galactic Botanicals was well-regarded especially on Reddit and Double M Herbals, two of the most popular websites where Kratom users share their experiences and seek help on buying Kratom. 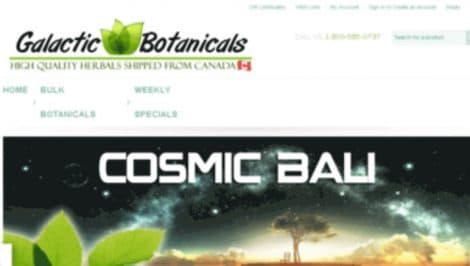 Galactic Botanicals was also known for their split kilos, which were perfect for people who want to stock up on different Kratom strains without having to worry about wasting money. Their website was extremely user-friendly, and they offered fast and reliable shipping to their customers.

Their prices were really affordable, that’s why they were able to attract a lot of customers. Now, King Tuts Botanicals is selling Kratom powder for roughly CAD180 per kilo. We’ll let you be the judge on whether that price is still worth it. 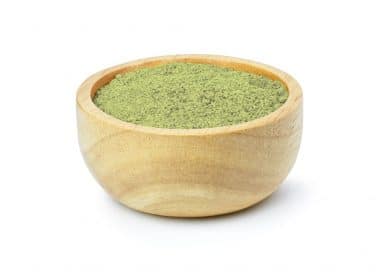 It’s really unfortunate that a well-regarded brand like Galactic Botanicals was acquired by another company, but it happens all the time in the Kratom industry. The problem is, these acquisitions only make things worse for the people who used to buy from the former brand.

“Before I started experimenting with a multitude of vendors, Galactic Botanicals was my go-to. I never had a bad batch from the many orders placed over a two-year period. One of my favorites was the Elephant Thai. The Maeng Da was solid as was their John Lennon-themed blend, the name escapes me.” Kaycee888, Reddit

“Man, very very good vendor. I ordered a kilo of Red and Green Dyak. Burned it a few times and ordered another kilo because it was that good. His Green Dyak is one of my wife’s top strains. $65 for a kilo of good quality Kratom is unbeatable.” – SRQ941, Double M Herbals

There’s no doubt that Galactic Botanicals was a reliable brand for a long time. Their unbeatable prices made them a favorite among Kratom users. We don’t know if King Tuts Botanicals has any intention of reviving the brand, but we hope they’ll make an effort to continue the legacy of Galactic Botanicals.

Galactic Botanicals also received some negative feedback about their service. Some customers complained about their slow shipping times, and a few people even claimed that they never received their orders at all.

Here are some of the customer complaints that we’ve seen about Galactic Botanicals:

“I ordered Kratom from Galactic Botanicals several times. The last time, the shipment did not arrive. I contacted Galactic Botanicals and the answer was, “We shipped it. After that, it’s in Canada Post’s responsibility”. No reshipment, No refund, your SOL. Just purchase from a different vendor, lots of more reputable vendors to choose from.” – KeeshaMaggie, Reddit

“I ordered a kilo of “Elephant” Kratom from Galactic, but I got almost nothing from it. I mean literally no effect whatsoever – negative or positive. Kratom makes me feel energetic and relieves pain to some extent, and normally I notice it from all strains – not just White, Red or Green. I don’t get any of the “euphoric” effects that some people claim. But this “Elephant” Kratom? Nada.” – MegaLib, Reddit

Galactic Botanicals will be remembered as a reputable brand of Kratom that sold high-quality products at unbeatable prices. Unfortunately, the competition proved to be a lot stronger than they anticipated, so they were left with no choice but to sell the company. Galactic Botanicals’ story has a sad ending, but it was definitely good while it lasted.

Galactic Botanicals is no longer operational, so you won’t be able to find any Galactic Botanicals coupon codes. You may want to check out King Tuts Botanicals’ website for any promo or discount, but you may find that their prices are too high for your budget.

Galactic Botanicals was a reputable Kratom back in the days when it was operating. Their customers loved their high-quality products at unbeatable prices, and we can see why. Unfortunately, the competition proved to be too strong, and so they were forced to sell the company.

Galactic Botanicals had a lot going for it – great prices, high-quality Kratom, fast shipping times, and excellent customer support. Their loss of business to King Tuts Botanicals was unfortunate, but it’s always a bummer to see a reputable company go out of business. At least, Galactic Botanicals left a legacy that will be remembered for years to come.