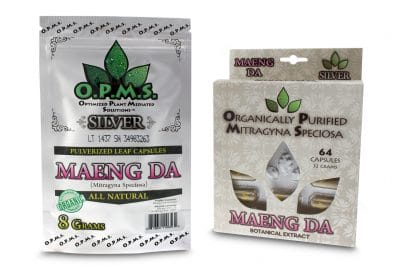 Optimized Plant Mediated Solutions (better known as OPMS) has two primary product lines: Kratom Silver and Kratom Gold. The Silver variety is marketed as a 1x extract, which sounds an awful lot like regular Mitragyna speciosa to us. But before we examine that further, let’s take a closer look at who O.P.M.S. is and what their Silver line consists of.

Most people first encounter O.P.M.S. products at their local headshop or gas station. That alone is enough to give us pause, especially because so many headshop and gas station brands have rightfully earned a bad reputation. Unlike the majority of these products, though, O.P.M.S. has managed to stay in business since 2005. They’ve also had a major foothold in the world of brick and mortar Kratom sales nationwide for 10+ years.

In our O.P.M.S. vendor review, we noted that the most impressive thing about this company is their longevity.

What Type of OPMS Kratom Silver is Available?

O.P.M.S. doesn’t have a large selection of products available. The silver line is by far the largest, though. Kratom enthusiasts can choose from:

The suggested retail pricing varies for each of the OPMS Kratom Silver products. On top of which, you need to be aware that every retail establishment is free to set their own prices. In other words, you could easily run into pricing that’s higher than what we’ve listed below.

Comparison to Other Extracts

Aside from their own Gold Extracts, O.P.M.S. also sells a Liquid Kratom product. Many of the extracts that are available from other vendors come in a liquid form as well. A single bottle of OPMS Liquid Kratom retails for $17.99. Other liquid extracts range from $12.99 all the way up to $49.99. Of course, the main difference is that most other extracts start off higher than 1x.

What exactly does 1x mean, anyway? The entire purpose of the extract strength listing is to tell us how many grams of Kratom leaves/powder were used to make the liquid or capsules. For example, a 2x extract means that each gram of powder or liquid you get was made using 2 grams of Kratom. If we take that equation into consideration, that means that Silver Kratom Extracts 1x Capsules from OPMS must contain…1 gram of Kratom extract inside each gram of Kratom. A 1 for 1 ratio really doesn’t make a lot of sense, does it?

Many people claim that O.P.M.S. is strong, although it’s also widely regarded as very expensive. But how does a 1x extract product become so strong? This is something that some Kratom enthusiasts have grappled with.

One Redditor said, “I firmly believe they are putting something in their Kratom.” And before you start thinking that an adulterated product might be interesting, the same Redditor said, “it left me with tense muscles in my entire body and just an overall shifty feeling…stay the f!ck away from that sh!t everyone.”

Over on I Love Kratom, one guy related his experience with the powder and capsule versions of O.P.M.S. products. “The powders are actually mediocre potency…the extract is VERY strong…suspiciously strong. I think there may be other things in it.”

Regarding O.P.M.S.’ claim that their Silver Kratom is “1x extract,” Reddit forum members say that it “isn’t an extract, it is at best average leaf.”

This doesn’t mean everyone is down on the Silver Kratom, though. In fact, some Redditors have defended it by saying “the silver OPMS is actually really good” and “it’s pretty good leaf for headshop stuff.”

As previously mentioned, one of your best resources for these Kratom products is your local headshop. You may also come across it at a gas station or smoke shop. Alternatively, there are a few places that sell these capsules online, including Buy Kratom Extracts, Salvia Extracts, and Buy OPMS Kratom. 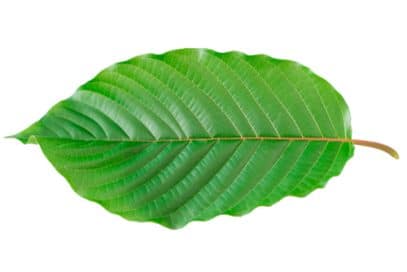 There’s a lot to consider before picking up a box or bag of OPMS Silver Kratom. The price is definitely a factor, especially since the general consensus is that eight to 15 capsules are needed for each experience. When you combine that with the many claims that something might be added to these products, it’s easy to see why so many long-term enthusiasts look elsewhere when they buy Kratom.