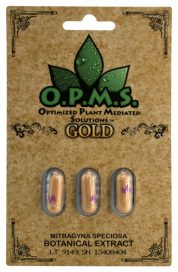 O.P.M.S., also known as Optimized Plant Mediated Solutions and OPMS, produces a minimal line of Kratom that’s anchored by their Kratom Gold and Kratom Silver capsules. The Gold variety’s packaging is marked as a “Botanical Extract,” without any explanation of what that really means. In other words, the company doesn’t divulge whether Kratom Gold is meant to be a 2x or even 50x extract.

OPMS has become synonymous with headshops, gas stations, and smoke shops. This is enough on its own to make many Kratom enthusiasts question the reliability of these products. You’ll find a lot of commentary about Kratom Gold and Silver online, and much of it isn’t exactly inspiring. We do have to give O.P.M.S. credit for remaining a viable company within the Kratom retail scene since 2009, though. They’re clearly doing something right, whether that’s with their products or just the eye-catching packaging.

What Type of OPMS Kratom Gold is Available?

O.P.M.S. maintains a very small line of Kratom products, with the silver line containing the largest selection. Those who are interested in Gold instead will have one choice:

When you find these in a store, they should be affixed to an O.P.M.S. branded blister pack with 2, 3, or 5 capsules inside. OPMS claims that there are many fake products sold under their name. To avoid this problem, they ask customers to look for the symbol on each capsule that depicts three purple leaves.

OPMS Kratom Gold Capsules are sold by the manufacturer with a suggested retail price. Of course, this doesn’t mean that brick and mortar establishments heed this suggestion. They’re free to charge whatever they’d like, and from some of the horror stories we’ve heard, some shops really take advantage of Kratom newbies.

Comparison to Other Extracts

OPMS sells Gold Extracts, Silver so-called 1x Extracts, and Liquid Kratom. Liquid is by far the most popular extract format for most other vendors.  If you choose a bottle of O.P.M.S. Liquid Kratom, you can expect to pay around $17.99. Liquid extracts from other vendors start around $12.99 and go up to approximately $50.

Extracts are typically rated and priced based on their strength level. Here’s how it works: every 1 gram contains extracts taken from the stated number of Kratom grams. For example, 5x Extracts would have 5 grams worth of Kratom extracts in every 1 gram sold inside the 5x package.

That’s why it’s a bit of a joke to sell a 1x extract product like OPMS’s Kratom Silver. Of course, at least we know what’s in the Kratom Silver. When it comes to the Kratom Gold, your guess is as good as ours.

OPMS Gold Kratom has earned a reputation for being very expensive and very strong. O.P.M.S. denies any claims that they’ve ever adulterated their products, but many Kratom enthusiasts are skeptical of such statements.

On Reddit, one forum member referred to it being “like oxy,” which isn’t a good sign. The same person also said, “I see an addiction potential with this sh!t.” Others hopped in to share their concerns that OPMS Gold Kratom isn’t all it seems. “I’ll almost guarantee you there’s an obscure RC opioid in it,” one said. He continued, “I’ve personally found 3 different extracts to be adulterated with RC opioids via GC/MS analysis.”

In another thread, a Kratom enthusiast stated that OPMS Kratom Gold is “pretty darn strong,” and recommended starting with only 1 capsule. Another forum member piped up to say, “I wonder what else is/was in OPMS pre ban.”

Regarding how well they actually work, a Redditor said, “overpriced, yes, but they are good.” This was followed by another person opining that “OPMS Gold is strong and consistent (and overpriced). Someone else noted that they would probably need five capsules at a time, meaning it would cost at least $43.49 daily for the most regular Kratom enthusiasts. 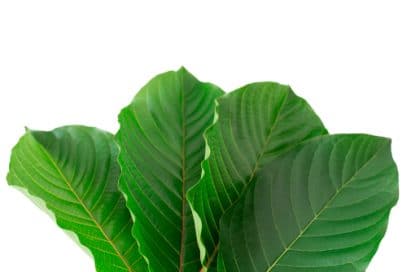 Deciding whether or not OPMS Kratom Gold is worth trying will depend on a lot of factors. First and foremost is the price. Next, you need to consider if the risk of getting fake OPMS capsules makes looking for the real ones worthwhile. Finally, it’s wise to think carefully about the many concerns that others in the Kratom community have shared about what’s inside each capsule. No matter what you decide, it’s best to always buy Kratom from reputable vendors.

In our O.P.M.S. vendor review, we went into further details about the company and their entire line of products.