Njoy Kratom is typically sold at smoke shops and headshops, but you can also buy it online.

Before you buy Kratom from Njoy, you should be aware that they say they’re “packaged in a facility in the U.S using Good Manufacturing Practice Guidelines.” However, when we checked with the American Kratom Association, they’re not on their list of approved vendors, nor are they on the list of pending vendors. This could be confusing for many customers, but we wanted to let you know the truth.

Like most headshop Kratom, Njoy doesn’t have a very long list of products. They appear to have more than they actually do, though, because they list each size separately.

Njoy has a suggested retail price, which is what they sell their items for online. If you buy them in a different store, pricing may vary.

This vendor does offer promo codes, but they’re not available all the time. Be sure to check Google before you place an order.

But on the other hand:

As far as customer service goes, we can’t really find much to go on. They don’t seem to offer returns/refunds, and they only have one lab analysis posted to their site (from 2019). However, as you can see above, the majority of their customers seem happy enough. 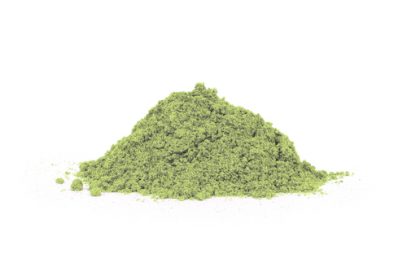 Njoy offers decent headshop Kratom, and that’s always a good thing when you run out unexpectedly. We can’t say much else about them, but you’ll probably get the best pricing from going directly to the seller instead of a headshop.

Are you looking for a vendor that has a better overall profile? Visit The Golden Monk’s Complete List of the Best Kratom Vendors!