Enhanciosa Kratom Review – Everything you need to Know

In the immortal words of American showman P.T. Barnum, “There’s a sucker born every minute.” That is a guarantee on which many kratom vendors hedge their bets. Lots of sketchy kratom brands take for granted that their potential customers are rubes, unsophisticated and uneducated people who won’t know any better when they’re presented with cheap gimmicks, sub-standard product, and bald-faced lies. It’s an unfortunate fact of life that many consumers are these rubes. But it’s even sadder when a trusted brand underestimates the intelligence of discerning consumers. Enhanciosa Kratom was one such brand. Somewhere along the way, it lost the plot and it is unclear whether it will ever get it back. Find out everything you need to know about this Texas kratom vendor in our comprehensive vendor review.

At one time, Enhanciosa.com was the internet’s premier destination for professional service and awesome deals on kratom products. Joel, Enhanciosa’s owner, earned respect and admiration on kratom forums for his commitment to security and generosity. This vendor was famous for its many freebies, which frequently included hundreds of grams of extra kratom powder on select orders. It was also among the first online kratom vendors to offer a kratom military discount. But a lot has changed over the last five years and Enhanciosa hasn’t exactly evolved with the times. On the contrary, only traces of its operation can be found sprinkled across any search engine. It has been quite some time since this vendor posted to social media. Its most recent activity was on Reddit, where it was serving as something of a backpack vendor.

For those who don’t know, “backpack vendor” is a pejorative term for a questionable individual who uses social media to peddle small-batch kratom they’ve purchased from other vendors. While we cannot confirm or deny that Enhanciosa Kratom was selling other vendors’ products, all signs point in that direction. After all, many of its strains constantly sold out, suggesting it had an insufficient amount of plant matter on hand.

There is no clear evidence to suggest that Enhanciosa Kratom submitted its kratom for third-party laboratory testing. We have been unable to find any page wherein certificates of analysis were disclosed, nor have we found any record of Enhanciosa claiming to be lab-tested.

Not really, just because something is cheap doesn’t mean it’s any good. As you’ll see in the following review, Enhanciosa Kratom had some bargain basement prices, but the quality of its plant matter may have been every bit as cheap. Enhanciosa may have started out promisingly enough, but over time it lost much of its initial luster.

This Lone Star State supplier stocked a veritable profusion of plain leaf kratom strains and enhanced kratom powders. Its line extended well beyond traditional and exotic M. speciosa variants to encompass some of the strongest kratom extracts on the market. When you see the sheer variety of its kratom powders, you may be tempted to go bananas and order everything that’s in stock. This is when the kratom community could learn a thing or two from celebrity chef Gordon Ramsay. Ramsay’s restaurant menu philosophy could and likely should apply to most kratom vendors. As the Hell’s Kitchen host has publicly stated, if your menu is five pages long, there’s something very wrong.
In other words, less is more.

Of course, this can go the other way as well. Less may be more, but nothing is still nothing, and that appears to be the case with Enhanciosa. When you run a search for its website, the dead URL takes you to a page that reads, “Error establishing a database connection.”/r/enhanciosa/ has been banned from Reddit, likely due to its efforts to use the social news aggregation site for its personal monetary gain.

The following is a sampling of the many kratom strains Enhanciosa sold via its Reddit page. Many of these strains ran out of stock in record time, pointing to a possible sourcing issue on the part of the owner.

This vendor also produced a range of proprietary blends, including Bali Supreme Full Spectrum, Maeng Da JongKong, and Plantation Maeng Da. Some of these so-called blends sound less like blends and more like strains. For example, Elephant is historically renowned as a kratom strain. Plantation Maeng Da normally denotes a batch of private reserve kratom which has been grown on an isolated farm. There are many things that make Enhanciosa’s collection conspicuous, such as its Enhanced Nite Cap powder, which comes with the caveat that the “black flecks” are 50:1 Kratom Extract.

This brings us to the next suspicious area of Enhanciosa Kratom’s operation. In much of its marketing materials, Enhanciosa referred to its most prominent kratom extract as 50x Kratom Extract. This would suggest that the alkaloids from 50 leaves were extracted for the purpose of infusing small-batch kratom. However, this vendor’s Reddit page refers to its extract as 50×1 extract, which is likely a typographical error.

This vendor likely meant to write ’50:1 Kratom Extract.’ The problem with this is, it’s physically impossible for a single kratom leaf to be infused with the alkaloids from 50 M. speciosa leaves. If this brand was at all for real its kratom extract would have to be produced by synthetic means. Other extracts include Tong Kat Ali/Long Jack and Tong Kat White Leaf. Why Enhanciosa Kratom was selling an herb that you can get at any neighborhood GNC store is mind-boggling.

This is where things get truly baffling. Enhanciosa Kratom charges less per gram for kratom extract than your average OPMS Kratom wholesaler. Such low prices seem impossible if it was really investing in production of its own in-house blends and extracts. Regardless, it had some fair if confusing prices. For example, a kratom sampler pack consisted of five one-ounce pouches of varying kratom strains for four dollars per ounce, but the total (including shipping) came out to $26.Generally speaking, kratom samples are usually free or discounted. Enhanciosa Kratom charged as much for a beginner variety pack as it did for its standard one-ounce bag.

You could get one hundred grams for $13, two hundred fifty grams for $30, five hundred grams for $50, or a kratom kilo for $90.00. At $90 for one thousand grams, you’re paying nine cents per gram. This was a pretty good price at the time, but that’s not saying much. Over the last decade, several online vendors have been guilty of severe price gouging. The low end of the industry average is around $120, which made Enhanciosa quite the value at the time. Alas, these prices evaporated along with the brand itself.

All of its items were shipped via USPS (United States Postal Service), with each order automatically receiving USPS First Class Mail. Orders in excess of three hundred grams automatically received Priority Mail. Products generally shipped within forty-eight hours of payment was received. Shipping prices varied depending on the size of an order. This vendor’s return policy is unclear, although it seems like it offered refunds at one point in time. At the advent of its success, Enhanciosa Kratom was all about keeping customers happy.

This vendor accepted a wide assortment of payment types, including altcoins, Bitcoin, cash, Circle, Google Wallet, Venmo, wire transfers, and Western Union. According to a post it made on Reddit, it also accepted “gold fillings,” though we suspect this was a joke on Joel’s part.

At one time, Enhanciosa had been love bombing its loyal customers with promo codes and special giveaways on social media. Unfortunately, no new coupon codes have been added to its Facebook page.

This seller’s reputation among customers is, perhaps, the most perplexing part of all. So many users loved dealing with Enhanciosa Kratom and raved about its kratom powders. One member on Reddit wrote, “I ordered 100 grams and a free ounce. It took two days longer than expected to ship. I received it and told Enhanciosa about what happened. Enhanciosa reshipped and sent me 330 extra grams for a total of 430 grams. I only ordered 130 in the first place!”

This same user adds, “I have ordered only from Enhanciosa in the past three months and am not going anywhere. Enhanciosa has my business until I quit kratom.” Another member agreed, writing, “Joel is top notch. He includes freebies all the time. Student/vets get free ounce with every shipment. He has a good variety of strains and…the new packages are super.” Somehow the site even made it on I Love Kratom’s list of Approved Kratom Vendors of 2021. 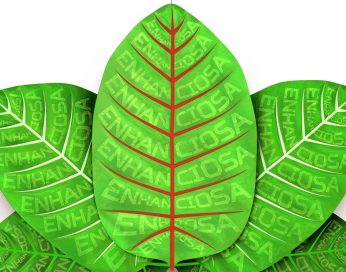 We may never know exactly what went wrong with Enhanciosa.com, but one thing is certain. Kratom vendors will continue to go out of business if they do not learn to practice proper compliance and quality control standards.