Where to Buy Kratom Locally in Jackson MS 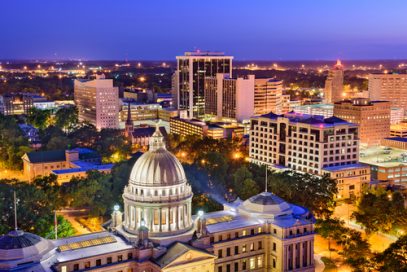 Due to Mississippi’s Kratom laws, Jackson is one of the best places to buy Kratom locally statewide. In fact, a total of 33 Mississippi counties and cities have banned Kratom to date. Fortunately, common sense has prevailed in the state’s biggest city, along with the three counties it sits in (Hinds, Rankin, and Madison). Sometimes called the Crossroads of the South, Jackson is home to more than 165,000 people.

How to Find Mitragyna Speciosa in Jackson

Jackson, Mississippi, has a few local Kratom vendors, which we’ll highlight below. Keep in mind, though, that the best way to get high-quality Mitragyna speciosa for a good price is by shopping online. Be sure to check out our guide to Kratom vendors that ship to Mississippi. But if you’re in a pinch and can’t wait for an online order, you can always turn to one of the following brick and mortar vendors in the Jackson area.

Just a few minutes outside of Jackson you’ll find this Pearl, MS, vendor. SparX Vape Pearl, also known as Spark Vape, is a nice, clean store that focuses mostly on vape juice. However, they also stock a few other items of note, including Kratom. Google Reviewers have given this location a 4.3-star average. The general consensus is that the staff is friendly and knowledgeable. Some customers also raved about the shop’s super affordable prices.

You’ll find all the typical truck stop stuff at this Shell location. There’s also a Subway for your dining pleasure. According to their Google Business listing, this Medgar Evers Blvd gas station in Jackson sells Kratom too. With a 3.7-star Google average, it’s not surprising that opinions are mixed on this establishment. Their snack selection seems comparable to any other truck stop, though. Just be aware that their restrooms have a reputation for being dirty.

If you’re driving to or from Jackson, Mississippi, you can visit the Stop N Go convenience store in Hazlehurst. This Mississippi in-person Kratom vendor sits approximately 40 minutes from downtown Jackson. While you’re there, you can also stock up on road trip snacks and beverages. Hazlehurst isn’t exactly a big draw for tourists or locals, but it’s right off of I-55, making this a good spot for a quick stop.

Cloud 9 isn’t exactly close to Jackson. In fact, it’s almost two hours away and isn’t even in Mississippi. But if you’re looking for a quality shop that sells Kratom, vape juice, and other similar options, this is probably your best bet. Head to West Monroe, LA, to peruse Cloud 9’s options. While you’re in Monroe, you can also check out a few other shops that sell Mitragyna speciosa. Just be careful not to drive through any counties or cities that have banned Kratom on your way back to Jackson. 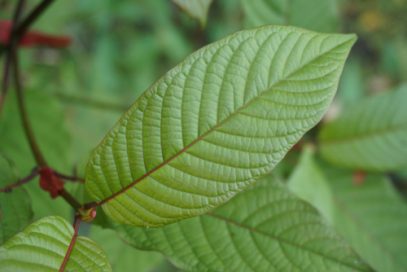 The Walgreens Pharmacy on Woodrow Wilson Ave in Jackson reportedly sells Kratom. We haven’t been able to verify this, so be sure to call before potentially wasting a trip. You’ll also find Mitragyna speciosa approximately two hours away at Tobacco Superstore #96 in Greenville, MS.