Home/Blog/Where Does Borneo Kratom Come From

Where Does Borneo Kratom Come From

Long, lush rivers, enchanted woodlands, and awe-inspiring deep-sea diving sites: are just some of the natural wonders that Borneo has in store for you. With its exhilarating sunsets, vibrant cultures, and enigmatic caves, Borneo is one of the strangest and most exciting islands on the planet.

It is also one of the largest and oldest, spanning more than 287,000 square miles, with rainforests dating back to the Cretaceous period of the Mesozoic Era (approximately 140 million years ago). The kratom tree is one of Borneo’s hottest attractions, but it is also one of its most misunderstood commodities.

Here we will attempt to illuminate this impressive Ayurvedic herb for those who are new to the world of natural botanicals. Read on for our full guide to the Borneo kratom tree.

Where is Borneo in the World?

Located in the extreme southwestern pocket of the Pacific, Borneo is the world’s third-largest island. It is situated between West Kalimantan and East Kalimantan, though its land is shared by the federal constitutional monarchy of Malaysia, the Republic of Indonesia, and the sovereign state of Brunei.

As part of Southeast Asia, Borneo is a maritime island, one as famous for its seafaring lifestyle as it is for its cultural diversity. Formerly referred to as the East Indies by Westerners, Southeast Asia has long been regarded as a jewel of the ocean.

Borneo is considered a crowning jewel of the region, one whose tropical climate has made it the ideal locale for beach resorts, walkabouts, and wild rainforest expeditions. The island is a vital part of the Indonesian archipelago and the site of flora and fauna like you’ve never seen before.

What is Borneo Famous For?

There is a reason why the BBC has called Borneo the perfect trip. This tropical destination affords visitors an unparalleled experience, one of the awesome activities, and incredible sights. From transcendent mountain views of blazing orange skies to one-of-a-kind encounters with native hill people, Borneo gives the tourist a gift incalculable in its value.

The island of Borneo is primarily known for its biodiversity and the record-breaking flowers it has produced. This sultry habitat is home to the blooming corpse flower – one of the world’s largest single flowers – as well as 3,000 majestic species of orchids and a host of exotic birds.

Borneo’s lowland rainforests are full of these gorgeous plants and glorious vertebrates, many of whom flitter among the branches of the forest’s evergreen trees.

There are many peculiar trees native to Borneo, the smothering strangler figs and the imposing yellow meranti trees among them, but it is the Mitragyna speciosa tree that has really put Borneo on the map. The kratom red borneo tree has become a topic of much debate in the Western world.

Some belief it to be one of the prime examples of the Mitragyna speciosa genus, while others have argued that it is the most aromatic example of this tree from the coffee family of plants.

Which Country Does Borneo Belong To?

As we mentioned earlier, the island is divided up into specific sections by the political regions of the area. The Kalimantan regency belongs to Indonesia, while the Sarawak region belongs to Malaysia. A negligible piece of land belongs to the Nation of Brunei, which is overseen by the sovereignty’s sultan.

Historically, the tribes of certain portions of Borneo have caused trouble for the island as a whole. For example, headhunters in Sarawak led Victorian leaders to insensitively refer to the island as “Barbaric Borneo.” The British and Dutch perception held that these were “savage jungles” populated by cannibalistic madmen, but this depiction could not be farther from the Borneo we know today.

Does Borneo Have a Rainforest?

International passenger traffic to Borneo has been on a steady rise over the last few years, with the island’s five-star hotels seeing a 40-50 percent increase in occupancy over the last decade or so. Part of Borneo’s allure owes to its many lowland rainforests, which boast tropical and subtropical biome. These rainforests are scattered across Brunei, Indonesia, and Malaysia.

What is Special About Borneo Rainforest?

Borneo’s forests are far and away from the most biodiverse we have come across, serving as the home turf of hundreds of amphibians, birds, mammals, and plants. All told there are more than 15,000 plants within the tropical lowlands of Borneo. These include the beloved Borneo kratom tree (Mitragyna speciosa), which is prized for its unique fragrance.

Legendary author Joseph Conrad famously chronicled his sojourns to Southeast Asia, writing, “The mysterious East faced me, perfumed like a flower, silent like death, dark like a grave.” It is this remote location and the aroma of its kratom leaves that have influenced generation after generation of globe-trotting poets.

The torrid environment of Borneo’s rainforest distinguishes it from most other woodlands across the world. Its steamy climate produces the perfect combination of sunlight and hydration, which produces plants of ideal maturity. Trees that are grown here are raised in moisture and mineral-rich soil, which nurtures their root systems, resulting in stronger and more robust specimens.

Like kratom trees native to other habitats, the kratom trees of Borneo hail from the coffee family of plants. These evergreen beauties are rich, sturdy, and tall, reaching awesome heights and optimal potency. However, there are many myths revolving around Red Borneo Kratom. We will do our best to dispel some of these myths here.

Facts About the Borneo Kratom Tree

The kratom industry has been incredibly efficient at making authentic red vein Borneo kratom powder available to customers in the United States, but it hasn’t always been transparent in its presentation of this precious herb. When we talk about the facts surrounding Borneo kratom, we must first acknowledge that Westerners have been instrumental in the misinformation campaign concerning this noteworthy evergreen shrub. 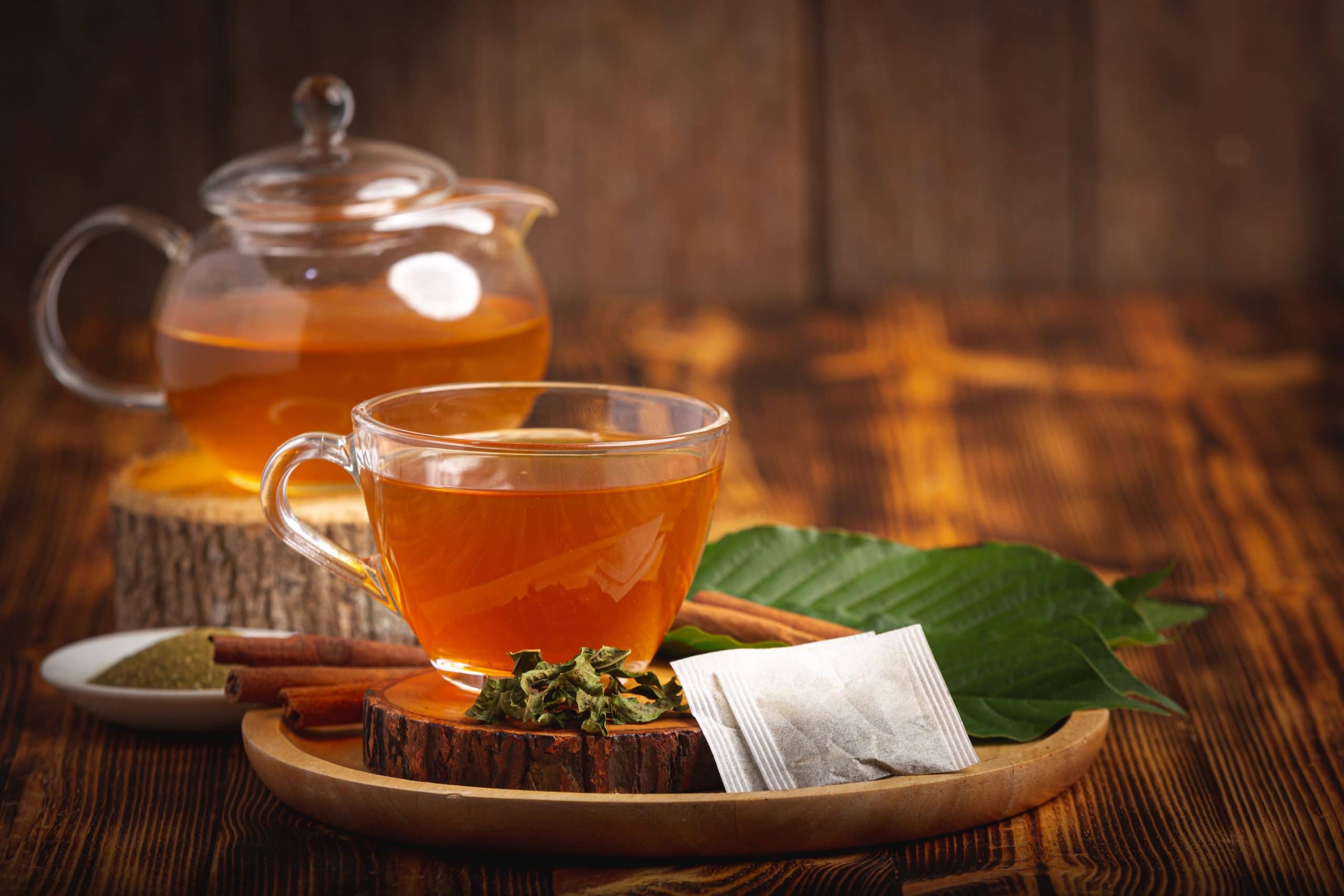 American businesses have often told tall tales about Borneo kratom and its aroma, but few have discussed the origins of this Ayurvedic herb. The leaves of the Mitragyna speciosa or “kratom” tree have been utilized for one application or another since the nineteenth century. Documents show that Dutch colonialist Pieter Korthals wrote about this remarkable herb in 1839, though earlier reports surely exist in esoteric journals.

Traditional use may date back more than two centuries, as the chewing of kratom leaves has long been a custom among native laborers and farm owners. Some have even incorporated kratom into sacramental rites and other rituals. Today, kratom is used as an ingredient in homemade potpourri and handmade kratom soap.

The kratom trees themselves are the stuff of legend, with reports of Borneo kratom trees growing to heights of 90 to 100 feet. Of course, the reality isn’t as tall as the tale. Contrary to popular belief, the average kratom plant reaches maturity at approximately eight inches long and four inches wide.

The Mitragyna speciosa tree itself reaches optimal maturity at two years or 10 to 20 feet in height. This is a far cry from the legends of wild-crafted kratom leaf, many of which have been perpetrated by online kratom vendors. These individuals would have you believe that their product is better because it came from a larger tree when, in fact, older trees may be less fragrant and vital.

Another common myth about Borneo Kratom is that it is more “powerful” than other kratom specimens. This is not a fair assessment, as such a designation can’t help but be subjective. While some will find Borneo kratom to be more special than other examples of Indo kratom that does not make it distinct from other forms of kratom.

Every kratom strain comes from the same family and all possess the same components. These components are called alkaloids and flavonoids, and they are responsible for kratom’s sui generis aroma.

In the case of Borneo Kratom, certain alkaloids may occur at higher concentrations than they would in other kratom specimens. This would be due to the mineral-rich nature of Borneo’s soil; although the sandy paths of Borneo’s rainforest are notoriously nutrient-poor, many believe it is quite fertile for plants with multitudinous terpenoids and flavonoids. Kratom would certainly fit the bill, with its indole alkaloids and terpenoid saponins.

How Many Strains of Borneo Kratom Are There?

If you look to buy kratom online, you will come face to face with a barrage of talk about kratom strains. Many bloggers have described Borneo strains in much the same way one would describe a member of the DC or Marvel universe – each one with its own unique superpowers.

While it is human nature to present things in the best light possible it would be silly to think that different strains of the same plant could be so wildly different from one another. After all, a Gala apple may be sweeter than a Granny Smith, but it’s not like one contains a special natural sugar absent from the first.

The internet would have you believe that there are dozens if not hundreds of different kratom strains. The truth is, we can only talk about kratom strains in so many variations. The “strain” is really shorthand for vein color. The leaves of kratom trees occur naturally in one of three variations – green vein, red vein, and white vein, respectively.

While experts have observed slight differences in the aromas of these different vein colors they are all alike at a chemical or molecular level. Like those apples we just mentioned, some may be sweeter than others, but they are all the same at their core.

In lieu of nature’s limitations, the man took it upon himself to develop additional kratom variants. This is why you hear so much about gold kratom strains and yellow kratom strains.

So-called gold vein kratom typically achieves its dark hue and disparate aroma by means of extended fermentation, while yellow vein kratom is achieved through photosynthesis, which occurs when the leaves from natural kratom strains are exposed to direct sunlight for a controlled period of time.

What Different Forms of Borneo Kratom Are Available?

As of this writing, you can get Borneo kratom in at least six different forms, depending on where you decide to shop. There are hundreds of e-commerce websites offering the aforementioned Red Borneo kratom powder. This powder is made from the crushed leaves of the kratom tree. 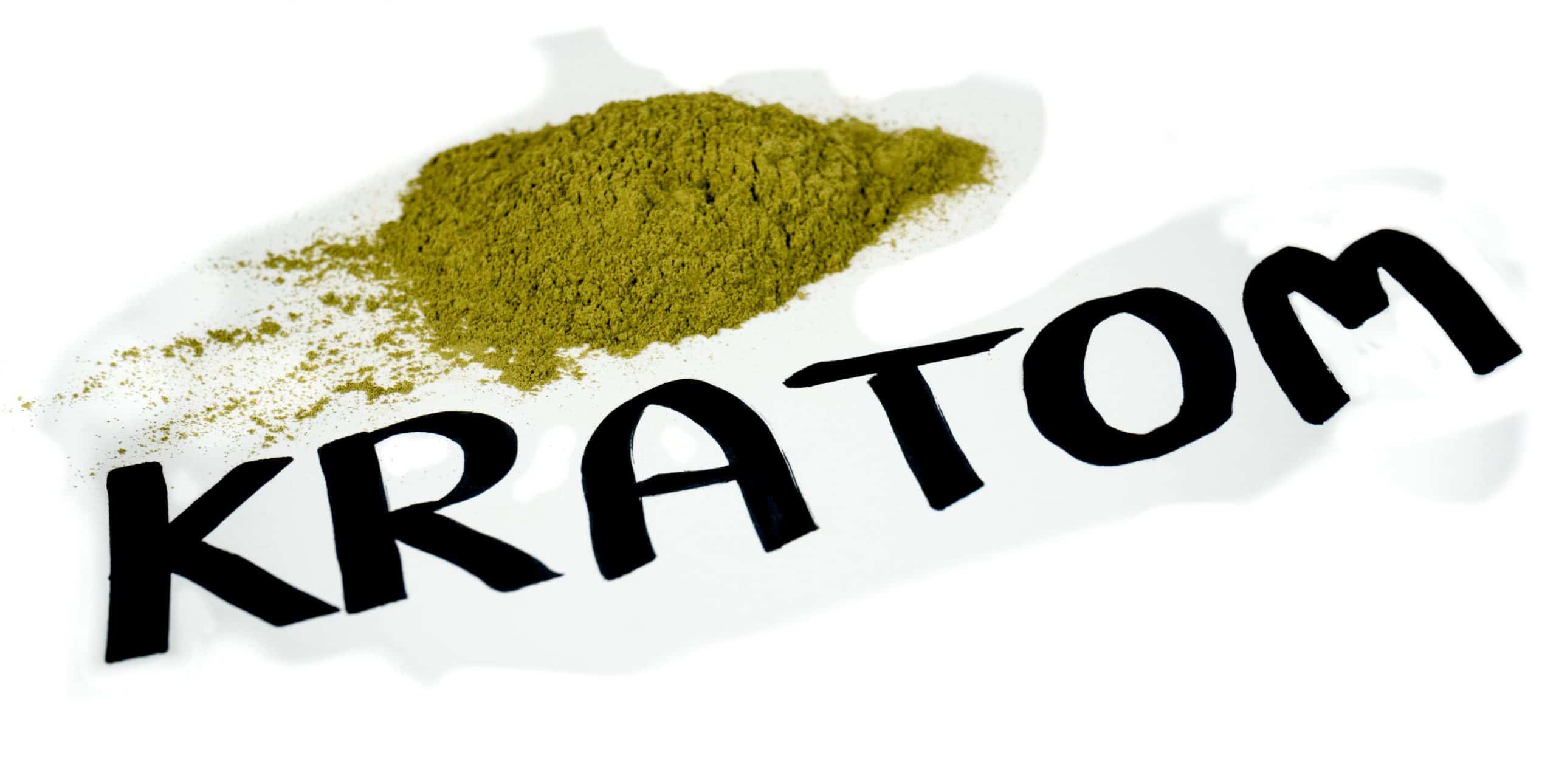 Most vendors produce micronized powder, which has been thoroughly milled for purity and ground into a fine powder for easy use. However, some simply sell Crushed Leaf Kratom, which is made by traditional methods. You can make your own Crushed Leaf Kratom by taking hand-plucked kratom leaves and grinding them with a mortar and pestle.

In recent years, kratom powder has been eclipsed in popularity by kratom capsules, which typically come in regular and jumbo capsule sizes. The prevalence of red Borneo kratom capsules online means you will have no trouble getting your hands on some if you prefer taking caps to the “toss ‘n wash” method common with powder. Capsules are easier to swallow and mask the naturally bitter taste of kratom plant matter.

Kratom extracts are another popular option, though the public opinion of them is sharply divided. Some swear by the superior fragrance and longer-lasting duration of such items, while others bemoan the unnatural concoctions and acute headaches typical of extracts.

Regardless of where you land on the subject, you will have no problem finding them from the comfort of your home. There are sites selling kratom extract in powder and solution form. Many sites offer liquid kratom shots in a range of strengths and sizes.

Kratom chewing gum is another item that is becoming more prevalent on the domestic market, though the appeal will likely depend on the consumer. Personal preferences notwithstanding, Borneo kratom is more accessible than ever before. You can find your perfect match today by shopping around.