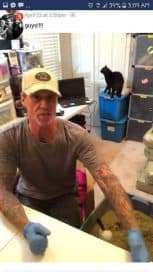 Tea Santana Style was a Florida-based vendor. Run by Paul Santana, this company got into big trouble when they published a video about Kratom.

Aside from having unsanitary conditions, as evidenced by his video, things got even worse when Paul Santana decided to become a wholesale vendor. According to Speciosa Republic, Paul and Jon Kik (a vendor from Michigan) received a big shipment from Ali Hutagalung. Of course, they stored this shipment incorrectly, then failed to pay approximately $130,000 when the Kratom failed a later contaminant test.

Normally, we’d talk about the types of Kratom that the vendor sold here. However, we don’t want to give Tea Santana Style any further in-roads to our community. Suffice it to say that there is nothing in Paul Santana’s or Jon Kik’s products that is worth purchasing.

That bad thing about Paul Santana is that you never know when he’s going to hop up somewhere else. That’s why you should know the history of a company before you buy Kratom from them. In Paul’s case, the Kratom itself may not cost all that much, but the price you pay for getting salmonella poisoning may be much higher.

While he was still in business, Paul Santana sold his products exclusively via Facebook. He didn’t even have his own website, which should have been a clue that he wasn’t serious about selling Kratom.

As you can imagine, this vendor doesn’t have a good reputation. He’s known for harassing people who don’t agree with him. In fact, he messaged to one person “keep rattling this cage you’re gonna never wish you f*cked with this vendor.”

On Double M Herbals, a member posted about Tea Santana Style to help people avoid their Kratom. “Santana seems to think he can sell that to someone that can put it under some sort of UV light and it will be ok. Personally, I wouldn’t touch that sh!t with a 10 ft pole!!”

Another member said, “So, now we have a wholesaler in Florida who has a garage full of very weak, e-coli contaminated kratom. I really hope no vendors purchase this crap and try to sell it. Unfortunately, they probably will because he will try to unload it at an ultra discounted price just to get it off his hands.”

As you can imagine, Paul Santana does not have a good reputation for quality customer service, either. Kratom enthusiasts had this to say: 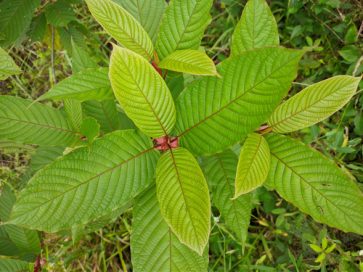 We don’t have to warn you away from Tea Santana Style since they’re no longer in business. But pay close attention to the companies you’re doing business with. Do any of them have anything to do with Paul Santana? If so, run – don’t walk – in the other direction.

Would you like to find a good vendor that actually tests their products and uses sanitary conditions while sorting Kratom? Check out The Golden Monk’s Complete List of the Best Kratom Vendors. With more than 110 vendors listed, we have many who are legit and waiting to serve!