Meridian Botanicals is a Missouri-based kratom vendor with a colorful past and some questionable business practices. At one time, this St. Louis supplier was considered the genuine article, but much has changed since its inception.

After a decade in business, Meridian Botanicals has lost more than a little of its original luster. Find out where this vendor went wrong and why you should steer clear of it in the future.

We’ll tell you everything you need to know about this brand in our comprehensive vendor review. Read on for the full story.

Meridian Botanicals was first established in 2011 by Justin, a self-proclaimed herbalist and pharmacologist with a sketchy history of using pseudonyms (some have known him by Koda, while others believed his last name to be Rasayana, an apparent reference to a form of Ayurvedic practice).

Some in the kratom community were quick to embrace the brand thanks to its homegrown approach to packaging and its rustic all-natural vibe. Others saw through this facade and recognized it as a ploy to get hipsters to pay more money for the same old products.

At the time, Meridian Botanicals billed itself as an independent source for organic herbs. The company’s About Us page even claimed that the owner would travel far and wide to hand-select the highest quality ethnobotanicals.

This would seem to be little more than a fictional narrative crafted to move products. Given the long wait time that most customers experienced after ordering items it is all too likely that Meridian Botanicals was getting wholesale kratom from another supplier.

Over the last two years, the public has seen a definite decline in quality and service. This once-promising apothecary has allegedly stiffed customers, failed to respond to messages, and shuttered its online store.

This kind of abrupt dissolution is not at all uncommon among fledgling start-ups, but it is rare among long-established brands. Meridian Botanicals was in business for 10 years when its troubles began.

In December of 2020, a customer filed a complaint with the Better Business Bureau after purportedly waiting two months for their order to arrive.

“Placed an order over two months ago,” they write. “Took full payment. Never received order, [company] won’t return emails. Tried FB page, but no luck. Now site [is] ‘down for maintenance.’ Do not deal with this business.”

In January of 2021, another customer wrote, “Never received $300 order placed in June, 2020. No response from multiple attempts to contact them. Never experienced such an awful company before.”

It gets even fishier: Justin Rasayana, the owner and founder of Meridian Botanicals, appears to have gone to work for another e-commerce site called Extrasynaptic. However, the Extrasynaptic website is also unable to be reached.

Extrasynaptic does not appear to have left any paper trail in its wake—no customer complaints nor customer reviews are found in search engines, nor is there any proof of the company’s business registration.

Although its website is currently down it isn’t unheard of for a failing company to push its inventory on social media platforms. Considering all of this confusion and consternation you would be ill-advised to shop with Meridian Botanicals at this time.

This vendor earned a reputation as an apothecary thanks to the diversity of its catalog. At one point, Meridianbotanicals.com carried 500+ products, including kratom powders.

Meridian Botanicals Best Kratom Strain was undoubtedly its Green Vietnam, a peculiar strain whose name is as misleading as its vein color. Many vendors claim to source Vietnam Kratom directly from Vietnam, but this is unlikely.

Although kratom legality is a bit murky in the country, Vietnam likely takes a page from its neighbors in Myanmar when it comes to catching farmers exporting large batches of kratom plant matter.

In all likelihood, Green Vietnam was grown in Indonesia where experienced growers could carefully cultivate a mature kratom tree from the cuttings of a Vietnam cultivar.

Regardless of its origins, Green Vietnam was Meridian Botanicals’ strongest green vein, a powder with the dazzling aroma of your typical green and the ruminative fragrance of a good red vein.

Unfortunately for those who wished to buy bulk kratom powder, Meridian only offered small-batch kratom. Unlike other online vendors who sell a variety of sizes, this vendor only offered one-ounce pouches.

Although its packets were secure and easily resealable, items were often stale before they reached customers.

This vendor accepted credit and debit cards at a time when other brands were refusing them. It also took PayPal and other alternative methods of payment, such as COD (Cash On Delivery), Western Union, and more.

All orders were shipped via the United States Postal Service, with Flat Rate mailers that took forever to reach their intended buyers. Items were said to be processed within one to two business days, but it wasn’t uncommon for an order to be pending four days after one placed it.

Meridianbotanicals.com assured customers that orders would be shipped within three to five days of a transaction, but this was not always the case.

Kratom same-day shipping or next-day shipping was said to be offered on all orders, but small purchases could take upwards of three weeks to arrive in Standard Mail packaging.

When we reached out to customer support about shipping delays we received no response and didn’t receive our order for another week.

At one time, reviews were exceedingly positive for this brand. Here’s a look at some of the few online comments regarding their Mitragyna speciosa wares:

Much has changed since the company’s early days and you would have some difficult finding a current example of a positive review.

One customer on Trustpilot wrote, “I had such high hopes for this company. They offer a great selection of natural … herbs. I ordered some herbal tea and a couple of other items … It has now been over three weeks and I have received nothing. Frustratingly, I have reached out to them via email (there is no phone number) four times and have received no response whatsoever.”

Another customer echoed this sentiment, saying, “My money was debited on the same day I ordered. I received a confirmation that they had received my order and were processing. It has been 22 days and no tracking number. It says still processing. I have emailed several times with no response.”

Over on Double M Herbals, a former customer made cast some serious aspersions on this vendor’s business practices, writing, “I found out he doesn’t work a full schedule and only sends out orders on one day every so often. Apparently he doesn’t answer emails during the time he’s off.” 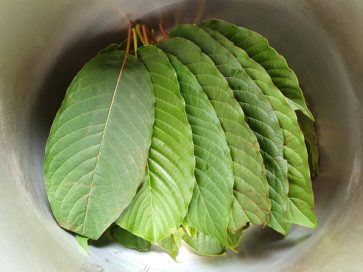 Buying Kratom from Meridian Botanicals all the time might be too expensive, but they’re definitely worth checking out for a special occasion. When you add all their other herbs into the mix, you’ve got a vendor that’s more than worth checking out.

Would you like to find a vendor that sells bigger quantities with a discount? With over 100 vendors on our Complete List of the Best Kratom Vendors, there’s always going to be a place that sells exactly what you want, exactly when you need it.