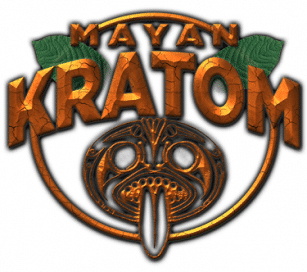 Mayan Kratom has been selling headshop products via a variety of other vendors and brick and mortar stores since 2014. During their five years of operation, they’ve also managed to upset a large portion of the Mitragyna speciosa community. Does that mean you should steer clear of their products altogether? Let’s take a closer look at this infamous vendor.

The Mayan Kratom website does not have any type of About page. If you look in the URL line of your browser, you’ll also see a warning that the site isn’t secure. Of course, they don’t accept orders online, so you don’t have to give them any sensitive details through their site.

The only thing this site shares with potential customers about the company in question is the following marketing blurb: “Mayan Kratom set the standard to find the highest quality of Kratom in the world and has been an authoritative supplier in the industry for years.” In other words, it’s nothing but word salad that isn’t backed by any verifiable details.

Considering all the legal difficulties and reputation issues Mayan Kratom has already suffered from, you’d think they’d want to be more forthcoming and transparent to win back consumer confidence. But clearly, that’s not the case.

This vendor sells five Kratom strains in powder and capsules. All their products come in headshop friendly bottles. Every strain comes in bottles containing 30g of powder, 20 capsules, or 40 capsules. There are also 120g of powder bottles for some strains.

Again, there’s absolutely no transparency on the Mayan Kratom website. There’s no pricing listed for resellers. Be aware that they only sell to wholesale resellers that fall into one of three categories: businesses, researchers, and universities. There are no small orders or general public bulk orders available. They do supply free samples upon request.

We can’t currently find a single reputable (or even unreputable) online vendor that stocks the Mayan Kratom brand. Therefore, you’ll need to refer to your local headshop for availability and pricing.

Due to their particular sales model, this vendor doesn’t offer any coupon codes. It’s unknown if wholesale customers ever get access to special codes, but it seems unlikely.

Here’s where things get really interesting. Since as far back as 2014 (their founding year), the Reddit buzz on Mayan Kratom has been resoundingly negative. What we’re about to share is the opinion of those who wrote it. We do not make any legal claims about the owner one way or the other. All opinions belong to those who wrote them, along with any and all responsibilities associated with publicly airing such opinions.

In one 2014 thread, Redditors said that “the operator of Mayan is a well known criminal. His name is Wesley Todd, and I’m being very literal when I say he is a criminal. He served over 3 years in jail. Check for yourself.” The thread goes on to allege that Todd has previously “been convicted of grand theft auto, witness intimidation, burglary, and illegal possession of a concealed weapon.”

Others complained about Mayan Kratom initially marketing its products as “FDA approved.” You can also find people talking about an incident on Facebook where “another guy said Wesley scammed him for over $500.” This was apparently backed up by PayPal records.

Regarding the quality of their Kratom, there are numerous comments on Reddit saying that it’s not very good. However, at least one Redditor disagreed and stated that “the red vein bottle is actually pretty great quality.”

Due to the complete and utter lack of transparency on their site, we have no idea what Mayan Kratom’s standpoint is on any number of potential product and customer service issues. The site does provide a phone number and email address, though, so that would be the best place to start.

On Reddit, one person claimed to have been sold inferior Kratom under the Mayan Kratom name by a counterfeiter. They went on to say that MK offered to replace the product for free. After 30 days of getting excuses such as “the packages were lost,” they finally did receive a free replacement. 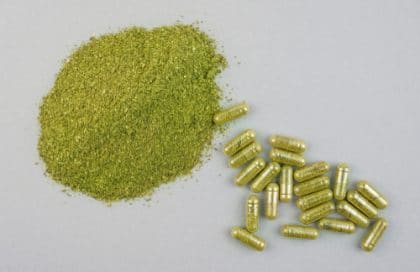 We recommend being very, very cautious if you buy Kratom with the Mayan Kratom label. Although we haven’t seen anything to suggest that their products aren’t the real deal or anything like that, this vendor’s reputation certainly precedes them in many other ways.

Want to learn about a new vendor that doesn’t have quite as much drama in their background? Check out The Golden Monk’s Complete List of the Best Kratom Vendors.