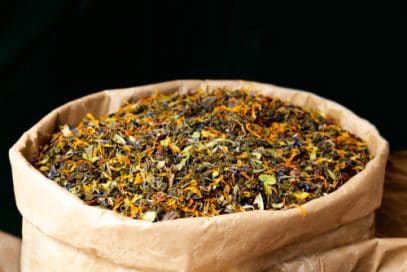 In 2014, Kwik Kratom launched and quickly garnered positive reviews. However, this vendor went through a complete overhaul in 2016. Re-branded as Kwik Botanicals, they developed a spotty history that’s led to a lot of confusion and mixed reviews. We’re going to attempt to sort through everything below to help you decide whether or not to trust Kwik Botanicals with your money.

One of the things that we really dislike about Kwik Kratom’s decision to re-brand themselves as Kwik Botanicals is that all of their transparency went out the window. Now, instead of learning about their values and mission statement, visitors to the Kwik Botanicals ‘About Us’ page find little but marketing buzzwords.

In the past, Kwik Kratom had a robust product line that helped them gain a great reputation. Since their 2016 relaunch, they’ve become less and less invested in selling Kratom. At one point, they went so far as to make people sign in before they could even see the Kwik Botanicals product line.

As of September 2019, the vast majority of their product line revolves around Matcha. For those not in the know, Matcha translates to ‘powder tea.’ This vendor also sells Yerba Mate, Oolong, Lotus Stamens, and plain ol’ bulk Green Tea. When it comes to Kratom, there’s only two options: Dragon’s Green (more commonly known as Green Dragon) and Indo Sumatra (which appears to contain black dye and/or black tea leaves).

A 1-ounce (28 grams) package of Dragon’s Green or Indo Sumatra sells for $7.99. You can also get 2 ounces for $13.50 or 4 ounces for $24.99. Both products aren’t labeled as Kratom or Mitragyna speciosa. Many companies are careful with their labeling, but this still makes us wonder exactly what Kwik Botanicals is selling.

One thing we can tell for sure from their website’s images is that they don’t sell Kratom capsules or powder. Instead, everything the vendor formerly known as Kwik Kratom ships out comes in a crushed leaf variety.

As we’ve mentioned in the past, it’s our firm belief that Kratom vendors with a good product will give out coupon codes to new customers. After all, if their products are worthwhile, customers will return again and again.

When they were known as Kwik Kratom, you could find coupon codes. But now, Kwik Botanicals hardly ever passes out discounts. In fact, the last verified deal we could find dates back to 2017 and has long since expired. This would make us very hesitant to try Kwik Botanicals. 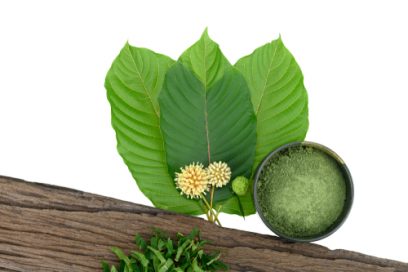 Kwik Kratom carved out a nice little spot for itself in the Mitragyna speciosa community with good reviews and loyal customers. Once again, though, re-branding to Kwik Botanicals changed everything. Not only has their commitment to selling Kratom dropped steadily since 2016 but they’ve also become virtually non-existent on the Reddit forums.

When someone does mention Kwik Botanicals on Reddit, they usually still do so under the name Kwik Kratom. Reddit Kratom Forum members have had quite a few negative experiences during the past few years. One person said, “the quality is no longer there,” with another stating they “didn’t get much from” the Kwik Botanicals product they tried.

You will, of course, find some people who still rave about this vendor’s products. We always urge our readers to compare the pros and cons before making a decision.

We’re also leery of Kwik Botanicals because of how many positive customer service factors seem to have disappeared. Back in the Kwik Kratom days, orders shipped for free and were also backed by a 100 percent money-back guarantee. Neither of those things are listed on their website now. There is a ‘Contact Us’ page with a form you can use. However, they don’t appear to have a social media presence or any other way to contact them, either.

At one time, we would have been comfortable recommending Kwik Kratom. Since 2016, though, things have changed dramatically. If you’re looking to buy Kratom, we suggest choosing a vendor with a better selection and reputation.

Want some other options? Be sure to check out our Complete List of the Best Kratom Vendors.