Kratom Jane was one of the oldest domestic kratom vendors on the market, but if you didn’t find it on social media, you may not have encountered it at all. From February of 2014 to July of 2017, Kratomjane’s Facebook account advertised the brand’s efforts at kratom advocacy as well as its awesome sales on kratom products.

At some point in 2017, Kratom Jane must have run into some trouble because this is the last time anyone on social media heard from the owners or their team. Prior to 2017, Kratom Jane was regarded as one of the top kratom vendors in America. So, what happened to this independent kratom supplier and why did it go under? Find out all about its products, comments, discounts, and deeds as we explore why Kratom Jane may have closed.

Kratom Jane’s website is no longer up and running; the domain name is parked free, courtesy of GoDaddy.com.  Kratom Jane set itself apart from other kratom vendors by focusing less on marketing and more on building interpersonal relationships. The owner famously eschewed Reddit advertising and educational approaches in favor of amassing friends on Facebook. For a long time, this approach worked for Kratom Jane and its account received more than 2,000 likes.

The company even ended up on several bloggers’ year-end lists of the top kratom vendors. As a widely available wholesale kratom brand, Kratom Jane became known among smoke shop patrons as the folks with the busty cartoon lady on the front of their packaging, but few bothered to spread their love for its products.

Unfortunately, this homegrown head shop brand appears to be M.I.A. It has not been on social media in the last four years and appears to have fallen off in popularity in brick-and-mortar shops. Many stores that used to prominently display Kratomjane alongside Remarkable Herbs and Krave Kratom no longer stock Kratomjane capsules.

Before we get into the whys and wherefores of what happened to Kratom Jane, let’s take a look at what it had in store for patrons and what made it stand out in such an over-saturated industry. This Southwest kratom vendor regularly stocked the most sublime strains of kratom powder that Southeast Asia has to offer. Its collection featured green, red, and white vein kratom powder, as well as gold strains and yellow strains.

We cannot comment on Kratom Jane’s prices and how they compared to those of the market average, as their prices are no longer listed online. However, we can tell you that pricing was not a problem for this vendor at the height of its success. On the contrary, Kratom Jane claimed to have the best pricing around and no one disputed this claim at the time.

In fact, one reviewer even commented on the better price it offered on Maeng Da Kratom versus those commonly charged for kratom capsules. Back when it was in business, this vendor offered competitive pricing that was fair and affordable. It also helped cash-strapped patrons afford their products by dropping some deep discounts on them.

The very last thing its owner(s) posted on Facebook was an image of a heavily scuffed blackboard with the words “HEALTHY SELF Heal Thy Self” scrawled across its center. The image was taken from The Art of Healing, a brand of whole food health alternatives developed by self-proclaimed energy healer Carolyn Harrington.

Harrington does not appear to have any affiliation with Kratomjane, either now or then, so this was nothing more than an uncredited repost. However, this message is telling, as it could suggest that this vendor was taking a break from the industry in order to “heal” from the perils of the kratom industry.

To wit: 2017 was a rough year for those in the business of buying and selling kratom strains. It was the year that Kratom Krypton, a popular head shop brand, made the news for selling kratom that had been cut with a dangerous synthetic chemical. It was also the year that a certain agency issued a public statement warning the public about the risks of kratom use.

This undesirable attention may have been instrumental in the dissolution of the Kratomjane brand, but the changing times could have just as easily played a role in its demise.

As of this writing, substantial consumer reviews do not appear to exist anymore. If they were once listed on platforms like Reddit and Bluelight they may have been moved off-site by administrators or deleted by members of the online kratom forum community.

Based on our research, no complaints have been lodged with the Better Business Bureau and Kratom Jane has not been the subject of any negative feedback. However, poor consumer recognition may have played a role in the brand’s disappearance.

Seasoned kratom enthusiasts are not eager to trust brands with whom they are unfamiliar, nor are they known for staying quiet when something works well for them. Aside from the 2,000+ likes, Kratomjane earned on Facebook there is little evidence of its good standing in the community.

This kratom supplier was infamous for its exceptionally generous discounts, including promo codes good for fifty percent off one’s total at checkout. Alas, these sweeping specials didn’t last long and, soon, the company went belly-up.

In summary, Kratom Jane was a good vendor with some acceptable kratom products, but many factors could have contributed to its dissolution. There are thousands of brands vying for your attention and Kratom Jane wasn’t nearly as aggressive as its direct competitors. If you are looking for a brand with the same exotic strains and awesome prices that Kratom Jane used to have, you may want to check out our Complete List of the Best Kratom Vendors. 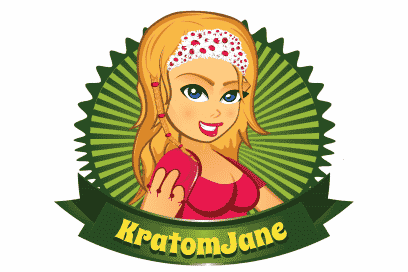