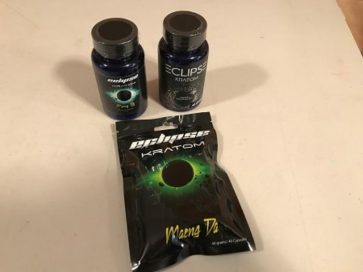 Eclipse Kratom was a headshop and smoke shop brand.

When it’s time to buy Kratom, you should avoid products like those once available from EK at all costs. This was a brand that didn’t properly vet their Kratom. As a result, they ended up recalling their products due to possible salmonella poisoning. This action killed their brand, and we believe it was for the best.

EK used to sell powder and capsules. One of their most popular items was Maeng Da. Oddly, we found out that the owner of Tamarack (the company behind EK) was former reality show star Tony Beets. In 2017, Beets was fined $31,000 for letting employees pour gas into a dredge pond, which they then set on fire. EK’s recall issues happened in 2018.

EK’s items have been off the market for long enough that we no longer have access to their price chart.

Since EK is no longer available, there’s no need for promo codes.

The only mention of EK that we can find online is from when they had their recall. No one appears to have supported this brand.

Once again, there’s nothing online to showcase this company’s customer service. Even though the company is long gone, it’s still really telling that no one had anything to say. 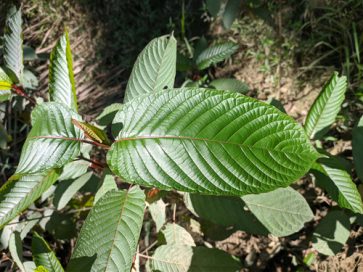 EK is long gone, and we have to say good riddance. Most Kratom providers that actually have the goods will stay in business, at least for a few years. EK didn’t, and it’s not surprising why not.

Are you looking for a vendor with good feedback? Head on over to The Golden Monk’s Complete List of the Best Kratom Vendors!