Kratom’s growing popularity in the Western world has led to an influx in ethnobotanical start-ups. Today, online kratom vendors number in the hundreds, if not thousands. There are simply too many popping up to properly count or codify.

There are many things to look for when shopping for quality kratom products. The best kratom brands are backed by scientific analysis, third-party laboratory testing, dedicated customer support, and a money-back guarantee.

If you follow kratom on social media, you may have heard of Chromatic Dragon Kratom. This brand is relatively new, but it’s managed to attract hundreds of Likes, and consumers are only beginning to take note of the name.

Whether it’s a brand worth buying remains to be seen, which is why we’ll tell you everything you need to know about Chromatic Dragon Botanicals in the following breakdown. 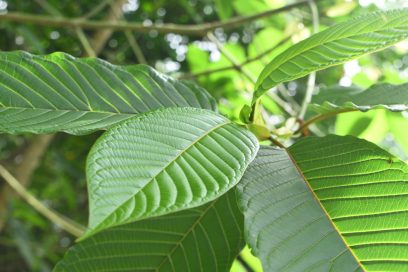 Chromatic Dragon Botanicals is a Colorado kratom vendor located in the Denver-adjacent city of Aurora. It is less than two years old and has yet to leave a lasting impression on the online kratom forum community.

If we go on the evidence on its Facebook profile, the company has only been active since June, 2020. The company’s domain name leads to a Shopify page, which reads, “Only one step left! To finish setting up your new web address, go to your domain settings, click ‘Connect existing domain’, and enter: chromaticdragonbotanicals.com.”

The site appears to serve as nothing more than a reminder of this vendor’s name. The actual business seems to be conducted via social media.

This is the case for many shady sellers or “backpack vendors” in the current marketplace. Due to increased scrutiny by law enforcement officials and other watchdog groups, many sketchy brands have gone underground.

These illegitimate vendors are frequently flagged by community members for violating Reddit posting guidelines and openly shilling. Some have even been accused of price gouging on kratom that was obviously purchased from long-established brand name companies.

Its packaging is low-rent, to say the least. The white plastic pouches were obviously purchased in bulk from a third party and slapped with Chromatic Dragon stickers in lieu of proper labeling.

Some of these strains or blends are available in split kilos or variety packs, which may seem appealing. However, the dimly-lit and poorly-photographed images of kratom that appear on its Facebook “store” suggest a substandard home business.

This vendor posts pics of kratom powders in less than hygienic conditions. Raw powder is poured out on a dinner plate with an orange wedge used for perspective or decoration.

Nothing about Chromatic Dragon Kratom’s product presentation is professional, and its advertising reeks of cheap marketing gimmickry, such as unrelated hashtags or bogus medical claims.

After biting the bullet and placing an order via Facebook Messenger, we were able to try a variety pack consisting of Green Dragon, Maeng Da, and White Indo.

All three powders were virtually identical in color, texture, and fragrance. One kratom strain could have easily been packaged in three separate containers with three disparate identifying labels.

Although none of these kratom strains were particularly potent, Green Dragon had the distinction of being the longest lasting. This comes as little surprise since green vein kratom powder normally tests higher for levels of Mitragynine than red or white veins.

What’s It Going to Cost Me?

A one-ounce pouch costs $10, which is nearly two dollars more than what reputable brands like Phytoextractum charge. At $10 for twenty-eight ounces of powder, you’re paying more than 35 cents per gram.

Chromatic Dragon Botanicals has offered free shipping on orders in the past, although free doesn’t necessarily mean convenient. With packages shipping via USPS (United States Postal Service), your free shipment may well take weeks or even months to reach you.

The Post Office has experienced unprecedented delays over the last year and even Priority Mail packages are delivered late, with some getting lost in transit.

It is unclear whether or not this vendor accepts returns, as it does not feature the 30-day money-back guarantee common of top kratom brands.

This vendor does not appear to accept credit or debit cards, but it may accept cryptocurrency. CashApp, FacebookPay, and PayPal may be acceptable methods of payment.

Some vendors offer COD (Cash On Delivery) or other voucher-based payments, but Chromatic Dragon is not one of them.

This vendor has advertised a 15% off kratom coupon code on its Facebook page. Other discount codes are redeemable for free gifts per Chromatic Dragon Botanicals’ social media accounts.

This is one of many alarming factors that make this seller a big turn-off. It does not have any consumer reputation to speak of.

The ever-vocal Reddit community has yet to say a word, good or bad, regarding Chromatic Dragon Kratom. In fact, the only mention of Chromatic Dragon on Reddit pertains to mythological creatures in a RPG.

The Double M Herbals and I Love Kratom threads are similarly barren of any reference to this Colorado kratom supplier. The Review section of Chromatic Dragon’s Facebook “store” consists of a single review, which succinctly reads, “very knowledgeable on kratom we’ll be back for more.”

Chromatic Dragon Botanicals is a hit-or-miss backpack vendor with little to recommend it. Unlike reputable competitors, it does not participate in the AKA (American Kratom Association)’s GMP (Good Manufacturing Practices) program.

The brand’s lack of consumer recognition coupled with our lackluster shopping experience leads us to conclude that Chromatic Dragon Kratom is not worthy of recommendation.