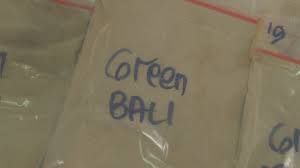 Aroma Cartel ran a bad business, and they recently got punished for it. If you try to go to their website (aromacartel.com), you’ll find a message saying the domain was seized by the DEA. Most Kratom vendors do not let things go that far, which really says a lot about how much AC wanted to screw over their customers.

It’s really a shame when a company comes along and tries to ruin everything for everyone. AC was one of these companies. Thankfully, as far as we know, they’re no longer operating. Be careful, though, as they might pop up online again with a different name.

Since AC is gone, there’s no more record of their product line. However, we do know that they often sent out Kratom that wasn’t theirs. In one instance, a Reddit user received Kraken Kratom instead of AC Kratom. They also frequently refunded customers after “running out” of their selected Kratom. We don’t know how this was supposed to keep them in business, but we no longer have to worry about that.

Where Else Should You Go?

There are so many vendors that legitimately want your business and offer solid Kratom. This makes it even sadder that AC had even the slightest hold on the marketplace. Other options include:

This is one of the areas that was the sketchiest about AC. They offered promo codes that knocked their prices down by 90 percent!?! That’s no way to run a business. If you’re looking for legitimate coupon codes, please do a quick Google search.

AC was roundly blasted by pretty much everyone. Even the person who said they were worth it was new to Kratom, and his review doesn’t very good.

Their customer service was at least a bit better than their products.

Fortunately, Aroma Cartel is no longer around, so you can’t buy Kratom from them. Any other vendors who offer outrageous discounts, just to cancel most of the orders, is one you should stay far, far, far away from. AC had bad business practices, and the DEA most definitely agrees.

Are you looking for a good vendor who will actually follow through? Head on over to The Golden Monk’s Complete List of the Best Kratom Vendors!