Arena Ethnobotanicals appeared on the scene like a long-lost royal returning from the battlefields. Its name packed all the punch one would expect, giving off the impression of strength, authority, and nobility.

This Carlsbad kratom vendor was once regarded as the number one source for exotic herbs in the San Diego County area, but many other West coast suppliers have sprouted up in the years since its formation.

This brand was once synonymous with simplicity, authenticity, and excellence, but an over-saturated industry has led many established brands to fall by the wayside.

Is Arena Ethnotanicals legit? And has it held up as the years have passed? Discover the answers to all of your questions and more in our definitive Arena Ethnobotanicals Vendor Review.

Arena Ethobotanicals was a Pacific coast kratom supplier with a small but superior collection of kratom strains. One of its biggest problems was its interface—slow-loading pages, lackluster design, and product pages that were difficult to navigate.

Flashy designs are not of great importance in the kratom industry (customers are more eager to see what you’ve got than what kind of magic trick you can do), but functionality is. This was one area in which this San Diego County seller failed miserably.

Aside from its amateurish website and limited online store it was celebrated for its select kratom powders and kratom capsules, most of which were potent and enduring.

Nevertheless, the company ended up disappearing, no doubt due to increased scrutiny and bad feedback. If you run a search for Arena Ethobotanicals Reddit, you’ll find a number of posts in which consumers voice their disappointment with this brand.

The Arena Ethnobotanicals shut down was a surprise to some and an inevitability to others. At least one big name kratom vendor cashes their check in this industry every three years or so. This trend can be chocked up to the luck of the draw—there are only so many black chips to go around and even fewer four-leaf clovers.

Arena Ethnobotanicals had been in business for 14 years when it went belly-up, but its troubles had begun much earlier. Eight years ago, a first-time customer complained about the weakness of its powders, while another customer lamented its steep prices.

As we mentioned earlier, web functionality was another beef among customers, some of whom complained about the lag time between one product page and the next. This can have a negative impact on orders, just as a vendor’s failure to process orders on time can have a similar impact.

Arena Ethnobotanicals may have seemed like a brand with some real longevity behind it, but the company appears to have folded in the midst of the global health crisis.

There are other mitigating factors which could have played a role in the dissolution of this brand, but this should be taken as pure speculation and nothing more. To wit: a number of shady brands exploited the pandemic to sell their products illegally; some made false promises of solutions to COVID, while others targeted anyone whose body was run down by the cold weather.

It’s been our experience that the shadier the tactics, the sooner (or later) that shady business goes the way of the dinosaur.

Customers know the real thing when they see it and it’s fair to argue that Arena Ethnobotanicals simply wasn’t the genuine article.

Its prices were cost-prohibitive, its variety was restrictive, its kratom kilos were non-existent, and its payment options antiquated.

Arena Ethnobotanicals’ kratom powders started at $14-18.99 for an ounce, with eight ounces selling for $82.99. These prices were offensively high given industry standards.

For example, online vendors were charging around $85-90 for a kilo (one thousand grams), whereas Arena Ethnobotanicals was charging $82.99 for two hundred twenty-six grams.

Its prices for encapsulated kratom were not any better; kratom capsules started at $22.99 for an ounce, with four ounces going for $54.99 and eight ounces selling for $98.99.

Despite the scarcity of its kratom strains, Arena Ethnobotanicals offered an impressive array of rare and exotic herb, including Fly Agaric fungus, Kanna, Mexico’s Dream Herb, and Wild Dagga.

Prices varied from herb to herb, with some costing as little as five dollars for a few grams and other costing as much as $35 for a single gram.

This vendor accepted cash, COD (Cash On Delivery), check, credit card, or money order. Cryptocurrencies were not accepted, nor were PayPal, Venmo, Western Union, or Zelle.

As we mentioned earlier, Arena Ethnobotanicals developed a reputation for weak products, high prices, and unreliable service. It lacks the brand presence it once did and suffers from a dearth of authentic customer reviews.

While some users on Reddit have talked about the strength of its Salvia Divinorum, no one ever talks about its kratom anymore.

The general consensus appears to be that Arena Ethnobotanicals was a viable option for beginners and little more. 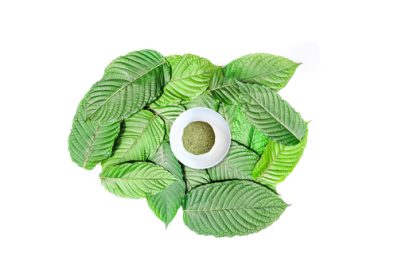 We’d love to recommend Arena Ethnobotanicals and can say that they’re good for the occasional splurge. Their pricing is way too high for most people to enjoy their Kratom every day, though.

Would you like to find a vendor with better pricing? Head on over to The Golden Monk’s Complete List of the Best Kratom Vendors for more than 100 other vendors.