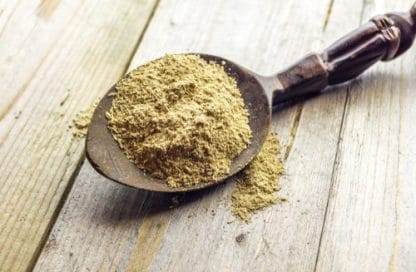 Kratom is a favorite of many, but that doesn’t mean there’s anything wrong with trying some Kratom alternatives. Some will do this because they want to take a break from Mitragyna speciosa. Others will seek out a viable alternative due to a Kratom ban in their state, county, or city. Regardless of the reason, it’s wise to look for options that have a long history of providing whatever type of performance you’re looking for. Also, don’t forget to check consumer reviews to help protect yourself.

Before we get into this list, we’d like to encourage you to only utilize Kratom alternatives that are legal in your local area.

As you can probably guess from the name, this Ayurvedic herb is part of the same plant family as Kratom. That doesn’t mean it has the same performance, though. This milder member of the coffee family doesn’t contain Mitragynine or 7-hydroxymitragynine. Instead, it has its own specific alkaloid blend. It takes a lot more Mitragyna Jacvanica to get results that are similar to Kratom, but this could still be a good choice if you’re unable to legally obtain Mitragyna speciosa.

This powerful herb stems from Asia and Europe. Much like Kratom, it doesn’t have FDA approval for any type of medicinal usage in the US. However, it’s easy to find countless articles from medical sites and physicians touting Rhodiola Rosea’s benefits. In fact, medical studies have proven that this herb’s performance may help reduce stress, fight fatigue, and boost brain functions.

The bark, leaves, and roots from the Chuchuhuasi tree earned a spot in the world of pain-relieving folk remedies several centuries ago. Little is known about the actual effectiveness of this Kratom alternative due to a lack of medical studies. However, the good news is that there’s also no recorded serious side effects or drug interactions.

Are you an introvert looking for Kratom alternatives that will help in social situations? Kanna enthusiasts swear by this South African plant’s ability to boost social skills. This may help explain why native tribes revere Kanna and have included it in their traditional ceremonies for centuries. Please note that people who are currently taking any type of anti-depressant should get their doctor’s approval before trying Kanna.

As far as Kratom alternatives go, it’s hard to find anything closer to Mitragyna speciosa than its sister plant. This particular Ayurvedic plant is often favorably compared to Green Malay Kratom. The most prominent alkaloid in Mitragyna Hirsuta is mitraphylline, which is structured similarly to mitragynine.

This Pacific Islands root has a relaxed performance that makes it a favorite for social activities. However, you can expect to pay a lot more for Kava than Kratom. As a result, most people who turn to Kava are unable to legally obtain Kratom. 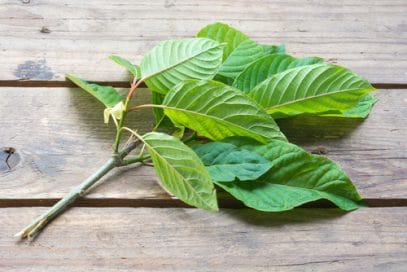 All Kratom alternatives have their pros and cons. Be sure to do some more research and take things slowly at first. Also, if you’re able to buy Kratom legally in your area, you’ll probably discover that Mitragyna speciosa is still your overall favorite.