Home/The Best Places to Buy Kratom Locally and Online/Can You Buy Kratom at The Vitamin Shoppe?

Can You Buy Kratom at The Vitamin Shoppe? 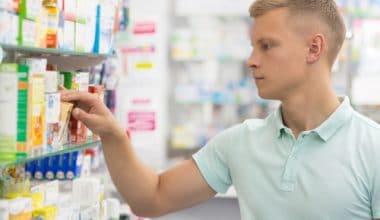 The New Jersey-based nutritional supplement store known as The Vitamin Shoppe first opened its doors back in 1977. They’ve grown into a national chain during the past 43+ years with almost 800 locations throughout the United States. You can buy a wide array of items at The Vitamin Shoppe, but is Kratom one of them?

With a robust selection of products that range from well-proven supplements to questionable items that have led to new state regulations, it’s a no-brainer that The Vitamin Shoppe would almost certainly love to stock Kratom on its store shelves. After all, this is a company that’s not opposed to controversy. Additionally, their stock value plummeted by 90 percent between 2013 and 2017. Being able to sell something as beloved as Mitragyna speciosa would help the company’s revenues bounce back.

Unfortunately, The Vitamin Shoppe’s decision to not stock Kratom has nothing to do with the plant’s efficacy. Instead, it’s based on the Food and Drug Administration’s (FDA) unfair depiction of Mitragyna speciosa. This has led to credit card processing companies being very wary of transactions involving Kratom. In fact, there are many processing companies that will freeze an account if they find out that a retail establishment is selling Mitragyna speciosa.

This is difficult enough for individual stores and online shops to deal with. But when you introduce this potential issue to a chain like The Vitamin Shoppe, it becomes a potential nationwide credit card processing catastrophe. The Vitamin Shoppe quite simply can’t take the risk of having their ability to accept credit cards taken away with no notice at every location all at once.

Seized Shipments Pose a Threat to The Vitamin Shoppe

Another major issue that Kratom sellers face is the possibility that the FDA could randomly seize their shipments. It doesn’t seem to matter that selling and buying Kratom isn’t against federal law. In one case, the FDA seized 540 kilos of Mitragyna speciosa from a Denver brick and mortar store. The seized product ended up in limbo for several months, which caused massive financial harm to the would-be retail seller.

When you combine this risk with the fact that The Vitamin Shoppe would have to carefully regulate which locations could and couldn’t sell Kratom due to local laws, it would honestly become a nightmare to pick up this much loved plant for distribution and sale.

Another issue that has kept companies like The Vitamin Shoppe, GNC, CVS, and Walmart from stocking Kratom is their fear of a liability lawsuit. Many lawsuits have already been filed against The Vitamin Shoppe for claims such as selling harmful supplements that contain arsenic, false advertising, and alleged violations of the Securities Exchange Act of 1934.

As you can see, it’s no wonder that the chain has shied away Kratom, which was linked to a spurious wrongful death lawsuit filed in 2019. More than a year later, no action has been taken or completed in connection with the lawsuit in question, but the threat alone is enough to scare off The Vitamin Shoppe.

You may not be able to buy Kratom itself from The Vitamin Shoppe, but they do stock some helpful supplies. For example, one Redditor was pleased to discover a Powder Jet at their local store. This device can be used for storing and funneling Kratom powder. You’ll also find lots of empty gel caps and vcaps (vegetarian capsules) at The Vitamin Shoppe, along with The Capsule Machine filler. 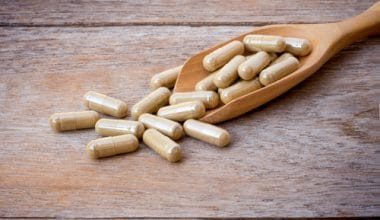 With major chains staying away from Mitragyna speciosa, sticking with reputable online vendors becomes your best bet. There are many places available that sell Kratom capsules, including:

You can also find an extended list of options from The Golden Monk’s Complete List of the Best Kratom Vendors.