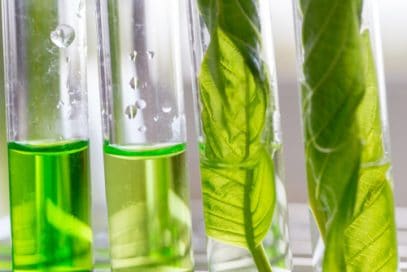 Liquid Kratom Extracts aren’t nearly as common as powder and capsules, but they have found a place of prominence within the community. From people on Reddit talking about how strong Liquid Extracts are to O.P.M.S. selling liquid shots at headshops, it’s hard not to run into this stuff. So, what’s the deal with it? Are Liquid Extracts all they’re cracked up to be? And what type should you choose? We’re going to break things down to help everyone from newbies to experienced Mitragyna speciosa enthusiasts gain a better understanding of Liquid Kratom Extracts.

What Exactly is a Liquid Kratom Extract?

In a nutshell, Liquid Kratom Extracts are exactly what they sound like – a liquid made from Kratom that’s been extracted from leaves or powder. Manufacturing this product takes a lot more work than grinding leaves into powder, which is the primary reason that you can’t find these Extracts from every vendor.

What Types of Liquid Kratom Extracts Are There?

There’s a lot of different marketing techniques out there, so you may hear Liquid Kratom Extracts referred to in various ways. There are two primary types of extracts available:

What Do the Extract Numbers Mean?

Once you decide if you want Standard or Full Spectrum Extracts, you’ll be faced with a few more choices. There are numerous brands available, along with various strains. Additionally, the strength of Liquid Extracts can vary from 2x up to 50x. Some vendors even sell 60x and 70x extracts, but these are generally powder extracts.

What Are Kratom Shots and Tinctures?

Kratom Tinctures and Kratom Liquid Extracts are the same thing. In most cases, you’ll see the two names combined to make a single name such as Full Spectrum Tincture or Kratom Tincture Extracts. The definition of a tincture is: “concentrated herbal extracts that are extracted in a liquid form.”

Kratom Shots are a small bottle of liquid Kratom that’s marketed to be taken all at once, like an energy shot. Most Kratom Shots contain a decently high number of extracts.

You may also find Kratom Vape Juice, but as many Redditors have pointed out, this is basically just a marketing gimmick that provides very disappointing results. Kratom Vape Juice is known to clog up the coils inside a vape pen too, adding insult to injury.

Where to Buy Liquid Kratom Extracts

Although Liquid Kratom Extracts aren’t available from a very wide variety of online vendors, you can still find enough options to easily pick some up. Here are just a few of the Kratom vendors who currently stock Liquid Extracts.

The cost of Liquid Kratom Extracts can vary wildly from vendor to vendor. A major reason for this disparity is found on the label. After all, you can’t expect a 50x Extracts product to sell for anywhere near the same price as a 10x one, right?

As much as most of us would like to believe otherwise, you can definitely get too much of a good thing. This is made clear with all the Kratom enthusiasts who take the phrase “Kratom Shot” literally and believe that the entire thing should be used at once. Keep in mind that these are highly concentrated liquids, and most people have no need to blow through an entire bottle in a couple of minutes. Instead, moderation is the key.

Even with moderation, there is a higher risk of side effects with Liquid Kratom Extracts. These side effects may include: 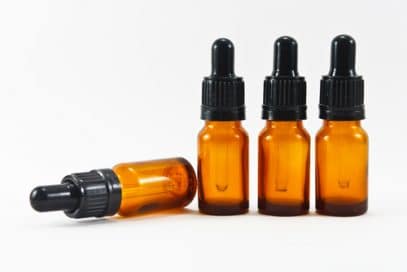 Kratom Liquid Extracts provide an easy, portable way to keep Mitragyna speciosa with you on the go (but don’t take it into any states, counties, or cities that have banned it). They’re also much easier to use than powder. A cost analysis typically shows that they’re more affordable than expected, especially when compared to how many grams of Kratom were used to make a bottle. However, people looking to buy Kratom on a low budget may find it easier to get powder instead. Either way, if you choose to pick up some Liquid Extracts or Kratom Shots, be sure to remember that moderation is important.