Kansas Kratom Legality and Where to Buy

It’s understandable that many people wonder if it’s legal to buy Kratom in Kansas. After all, it used to be illegal to order apple pie with ice cream on top within state lines. Fortunately, the geographical center of the United States no longer tries to police anyone’s dessert choices. But with wacky laws like that once on the books, it’s no wonder that Dorothy and Toto were initially thrilled to get out of Kansas and into the Land of Oz. With that in mind, Golden Monks, let’s read on to find out more about the current legal status of Kansas Kratom.

What is Kratom’s Legal Status in Kansas?

Much like ice cream on apple pie, Kansas lawmakers did try to ban Kratom statewide in 2018. Before this drastic step could go through, though, Mitragyna speciosa advocates made their concerns known. Kansas Senators were initially divided about the issue, but they ultimately decided not to move forward with a ban.

Representative John Eplee voted against banning Kratom due to concerns that the natural substance is primarily under attack by Big Pharma. Other lawmakers pointed out that they have the legal right to institute an emergency ban in the future, if necessary. Kansas legislators are currently considering adopting the Kratom Consumer Protection Act.

Whether you’re looking for Kratom in Wichita, Topeka, or Kansas City, you’ll find a few local options to fit your needs. However, we want to remind you that it’s much easier to get high-quality Mitragyna speciosa from reputable online vendors. In fact, that’s going to be the most accessible option for most Kansans who live outside of a major city.

Unfortunately, there don’t appear to be any advertised online Kratom vendors based out of Kansas. But don’t fret because there are several US-based vendors that can get Kratom to you within one to three days. The Golden Monk is always a good choice, and here are three of our other favorite online Mitragyna speciosa vendors.

With same-day shipping Monday through Saturday and a 100 percent satisfaction guarantee, Kratom Crazy is a good resource for Kansas customers looking for Mitragyna speciosa. This particular vendor boasts a huge selection with more than 30 powder and capsule strains. You can also get Kratom extracts and liquid shots for a reasonable price. 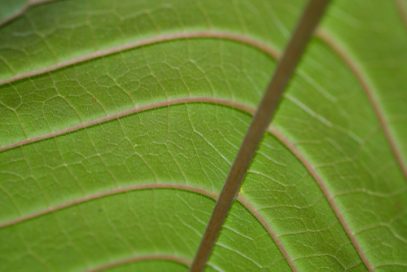 Want to try out some new strains without spending a lot of money? USA Botanicals is our favorite discount vendor. They sell powder and capsules starting as low as $4.99 and $11.99 respectively, and they also have a great selection of ethnobotanicals. Even better, this company ships all orders for free within the US.

Finding a large variety of products – including powder, capsules, leaf, and liquid extracts – is easy with Kraken Kratom. This vendor also stands by the quality of their Mitragyna speciosa products. In fact, they were the nation’s first vendor to achieve GMP Qualified Kratom Vendor Status from the American Kratom Association.

Kansas doesn’t have a lot of in-person or online shops selling Kratom. But if you need some today, you can find it easily by crossing the border into several nearby states.