Home/The Best Places to Buy Kratom Locally and Online/What is the Legality of Kratom in Indiana?

What is the Legality of Kratom in Indiana? 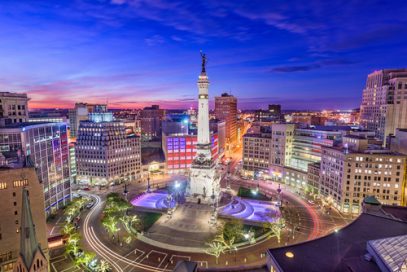 Indiana is one of the few places in the US that has banned Kratom. Therefore, if you’re headed to the Hoosier State for the Indianapolis 500, don’t take Kratom with you. No one in the state can legally sell Mitragyna speciosa, either. Here’s a little history about Indiana Kratom legality.

When Did Kratom Become Banned?

What Happens if You Buy Kratom in Indiana?

There are still Kratom vendors that shipped to banned states, but there are a few things you need to know before you try to buy some. For instance, whether you’re an Indiana resident or a tourist, you could face a Class A misdemeanor charge for possession of Kratom. The legal penalty for this charge is up to 12 months in jail, plus a fine of up to $5,000.

However, there are some enhancing circumstances which could increase the legal severity. For instance, if someone arrested for possession of Kratom near a school or while they’re with a minor, they could face a Level 6 Felony. This carries a minimum prison term of 6 months (and up to 2-1/2 years). A fine of up to $10,000 may also apply.

How Does Indiana Define Mitragyna Speciosa?

Indiana defines Kratom as a Schedule I hallucinogenic substance. This puts it in the same legal class as heroin, marijuana, LSD, ecstasy, and peyote. 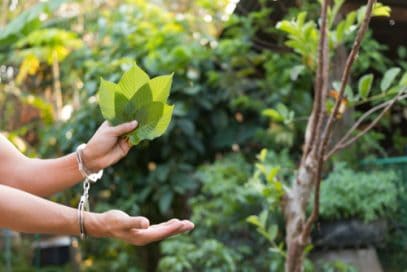 Indiana is one of only six states that has criminalized Kratom. As a result, Cara Beckerle – the grieving mother of a murdered teenager – faces probation violation charges. Beckerle’s crime? Admitting to using Kratom once while on probation.

Courier & Press opinion columnist Jon Webb wrote a scathing piece about this legal decision. Webb pointed out that “no one should be thrown in jail because they live in the wrong zip code. We need better reasoning than that.”

There are some Mitragyna speciosa vendors that still ship to Indiana. However, we urge you not to break the law. The potential legal penalties are far too severe. Not to mention the fact that each arrest paints Kratom in a negative light.

History of the Fight for Kratom Rights in Indiana

The Kratom Trade Association (KTA) has taken up the fight to reverse Indiana’s ban on Mitragyna speciosa. Since 2018, the organization has actively sought contributions to help fight for a bill reversal. According to the KTA, their efforts almost led to a bill calling for Kratom’s legalization in 2018. The organization pledges to continue fighting until the legal rights of Indiana’s adults are fully restored.

Final Thoughts on Indiana Kratom Legality and What Can You Do

If you want to legally buy Kratom in Indiana, you should contact your representatives. Placing pressure on lawmakers is the most viable way to reverse the ban. Refer to the American Kratom Association’s Advocacy Toolkit for more ideas. Remember: Other states have reversed anti-Mitragyna speciosa laws. There’s no reason Indiana can’t too.