Ohio Kratom Legality and Where to Buy

The Buckeye State has a long tradition of helping connect agriculture and commerce between the Midwest and Northeast. In fact, Ohio is within a single day’s drive of 70 percent of the manufacturing businesses in North America. The state’s prime location also makes it a necessary thoroughfare for the vast majority of domestic transportation companies. If you’ve ever wondered how nationwide Kratom vendors get their stock, you may find it interesting that all U.S. shipping providers typically transport packages via Ohio’s extensive highway system. Here’s some vital information to know about Ohio Kratom legality before you buy, though.

What is Kratom’s Legal Status in Ohio?

As of early August 2019, you can still legally buy Kratom in Ohio. However, this legality is heavily threatened by the actions of the Ohio Board of Pharmacy. On March 6, 2019, the board voted to recommend a statewide ban of all Mitragyna speciosa products. After which, a public comment period opened up.

More than 1,500 people wrote to the Ohio Board of Pharmacy asking them to rescind or amend their recommendation, but this didn’t prevent the Board from sticking to their original course of action. Per the American Kratom Association, the Board will hold a public hearing on Friday, August, 9, 2019. However, the Board already sent the Joint Committee on Agency Rule Review a petition asking them to ban Mitragyna speciosa without waiting for the public hearing.

To make matters even worse, the Joint Committee’s meeting to approve or decline the Board’s recommendation is scheduled for Monday, August 12, 2019. That’s hardly enough time for the Board and the Joint Committee to consider the results of the public hearing.

Kratom enthusiasts within Ohio and throughout the nation need to speak out now against the Ohio Board of Pharmacy’s actions. If you’re local, consider heading to the Sheraton Columbus at Capitol Square at 9 a.m. on Friday, August 9, 2019, to voice your support for Kratom. A press conference kicks off then, followed by the 10 a.m. public hearing.

Whether you’re local or not, you can easily contact 10 Ohioan lawmakers with one simple email form. Just click here to make your voice heard. Additionally, you can sign the petition on Change.org. It’s vital to take action now before Kratom becomes banned in Ohio. 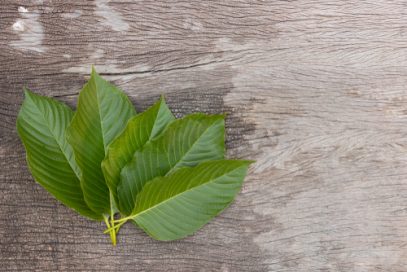 There are numerous Kratom vendors in Ohio cities such as Columbus, Athens, and Cleveland. If the proposed ban becomes legal, all of them will lose a significant portion of their livelihood. With Ohio officials conducting Kratom store raids before the Board even voted on their proposed ban, this may not be the best time to shop at local brick and mortar shops, though. Instead, we’re going to look at some of the current online Mitragyna speciosa vendors based out of Ohio.

This local online store carries more than 25 strains, along with stem & vein. Each product starts at only $5.99 for 1 ounce. Ohio Botanicals includes a free random sample with each order, which is definitely a nice incentive to give them a try. They also offer occasional local pick-ups on an as-needed basis.

With almost 50 premium powders available, Miracle Kratom offers a nice mixture of common and uncommon strains. They sell mixed, green, red, white, and yellow veins, starting at $10 for 1 ounce. Some of their offerings are exclusives such as Black Jack Kratom, which contains a blend of 21 strains. You can purchase from this Ohio vendor online or at their Columbus store.

Life of Kratom is another online and in-person Mitragyna speciosa vendor in Columbus. They feature a variety of strains from five veins (green, red, white, yellow, and Maeng da). Orders ship within 24 hours, and the typical price range is $11 for 1 ounce up to $180 for 1 kilo (35 ounces).

Other Options Besides Ohio Kratom

Several online vendors based outside of Ohio (including us here at The Golden Monk!) happily ship to the Midwest. You may also want to check out Kratom Crazy, USA Botanicals, and Kraken Kratom. Keep in mind that these vendors will stop shipping to Ohio if the pending ban passes.