Kratom vs. Delta 8: The (Full) Truth About These Powerful Substances

Kratom and Delta 8 are very different substances but share notable similarities. If you’re cultivating an understanding of these two remarkable compounds, there is a lot of ground to cover. We will separate the myths from the magic in our complete guide to Kratom vs. Delta 8.

The Story Behind Delta 8

It’s been called Delta-9-THC’s nicer younger sibling, but Delta-8 has been around since the cannabis plant first captured the Western world’s attention.

Delta-8 is a psychoactive compound first discovered by chemist Roger Adams. In 1941, Adams partially synthesized various compounds from the cannabis plant at the University of Illinois. This isolate was identified as Delta 8 THC (Tetrahydrocannabinol).

From 1942 on, scientists studied Delta 8 closely, exploring its possible benefits. Laboratory mice were used in various experiments to determine what these purported benefits might be. Early results were overwhelmingly positive, reflecting Delta 8’s potential to shrink unwanted growths and promote neuroplasticity.

Recent demand for Delta-8 has far outweighed tangential evidence of its purported benefits. This has some scientists concerned because this psychoactive substance appears to be widely misunderstood. 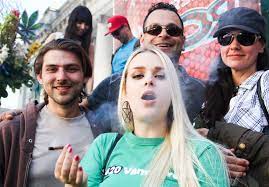 What does Delta 8 make you feel?

This is one of the questions we get asked the most. Recreational users always want to know, “What is a Delta 8 high like?”

The truth is, Delta-8 doesn’t make most seasoned herbal enthusiasts feel like much of anything. Nationwide headshops started stocking Delta-8 vape juice and similar products because recreational marijuana remains illegal in some states. But Delta-8 users should not expect a marijuana-like euphoria when taking Delta-8.

If you’re considering Delta-8, there are some things you should know beforehand. Research suggests Delta-8 can lead to short-term memory impairment in larger doses. One exploratory study found that 81% of users suffered from cognitive distortions, including difficulty concentrating. 74% experienced anxiety.

The History of Kratom 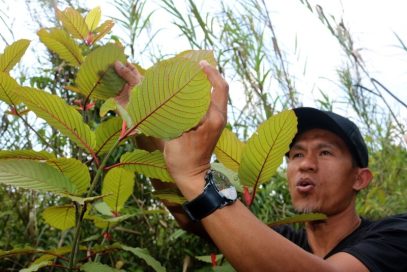 The kratom herb is derived from the Mitragyna speciosa Korth tree, a genus of evergreen from the coffee family of plants. These formidable trees grow to incredible heights all across Southeast Asia. Kratom has been used as a natural remedy by the natives of Indonesia, Myanmar, and Papua New Guinea since the nineteenth century.

The native laborers of Indonesia were among the first to explore its sundry charms. They would chew the raw leaves of the tree while plying their trade in the fields. At once, they discovered the innate value of its chemical properties. These laborers were able to ward off work-related fatigue and work longer hours due to their kratom use.

Traditionally, kratom users consume kratom leaves to stimulate appetite and sexual desire. Others relied on the herb to fortify them when they were running on empty, as it were. As of this writing, there is inconclusive data to support any claims about these advantages, but history doesn’t lie.

Kratom products were first introduced to the Western marketplace in the late-1990s/early-2000s. This is when American vendors, mostly brick-and-mortar headshops, began stocking kratom brands and/or sourcing kratom powder from other countries.

By the 2010s, the kratom craze had started to take hold as more and more American consumers familiarized themselves with this impressive ethnobotanical. With growing popularity came a glut of fly-by-night e-commerce vendors with less-than-ethical intentions.

At the same time that users were finding kratom to be a valuable and versatile substance, others were hospitalized due to dangerous secondary additives and quality control oversight. Brands like Krypton Kratom were found guilty of cutting their kratom powder with a prescription painkiller, while others were recalled by the FDA for causing a Salmonella outbreak.

Today, the threat of a kratom Salmonella outbreak remains. In 2018, the FDA and the CDC undertook a multistate outbreak investigation with the cooperation and involvement of state and local public health agencies. Such incidents underscore the importance of dealing with reputable brands.

Kratom vs Delta 8 – How Do Delta 8 and Kratom Compare? 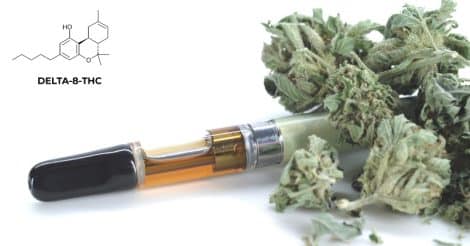 Despite their disparate origins and distinct properties, Kratom and Delta-8 share many traits. The latter promotes relaxation and euphoria, while the former is renowned for its serene aroma and lasting joy. Green vein kratom is often added to a cup of tea for a natural pick-me-up.

Delta-8 is most commonly used recreationally. Those who have taken Delta-8 report a light floating sensation and a pleasant overall experience. Some have described it as uplifting, which may explain its popularity among young working professionals and those who regularly vape while on the go.

Kratom has a similar public profile, with many academics and athletes turning to green vein kratom powder for a much-needed kick in the behind and others relying on white vein kratom for its purported post-workout relief.

How do Kratom and Delta 8 Differ? 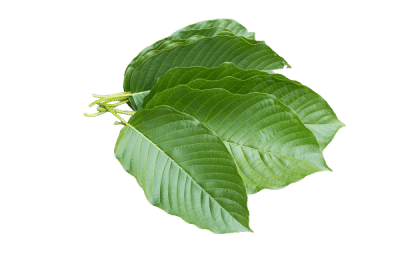 Where Delta-8 is relatively unchanging, different kratom “veins” can make for unique sensations. For example, red vein kratom is considered more of a nighttime kratom strain, with a pronounced smoothness that the afflicted find soothing. By contrast, Delta-8 does little to help the seriously beset.

Many consumers have said they rely on kratom for various conditions or personal issues. The same has not been said of Delta-8, which seems relegated to a predominantly young recreational audience.

Many of the more extreme adverse events listed above are believed to be dose-dependent and may arise from chronic use or kratom overdose. That being said, you should always consult with a physician before taking kratom.

Taking Kratom with Delta 8 – Should You Avoid This Blend? 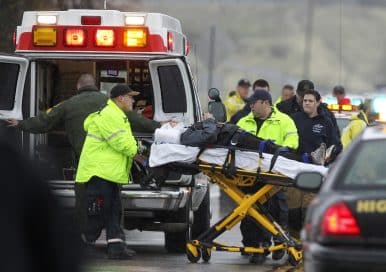 While some on Reddit have called this pair quite compatible, it is ill-advised to mix Delta-8 with kratom powder or extract. Some members say it pairs well, though others note the weakness of the D8 component. We believe these two do not belong together in a stack and we’ll tell you why.

When two chemical compounds share similar adverse events, their use in conjunction with one another can cause one to kick in quicker and harder than it would on its own. Such potentiation may appeal to recreational users but can result in severe side effects.

This combination could lead to many acute events, including cardiovascular issues, hallucinations, or respiratory depression.

Where is Delta 8 Legal? 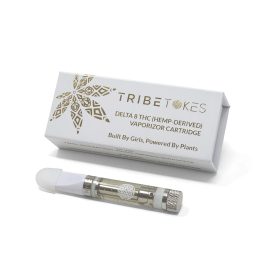 Delta-8 is legal at the Federal level. However, some places consider it a controlled substance. 15 states have outlawed its use within state or city limits. These states include Alaska, Colorado, Delaware, Idaho, Iowa, Minnesota, Montana, Nevada, New York, North Dakota, Oregon, Rhode Island, South Carolina, Utah, and Vermont.

Where is Kratom Legal? 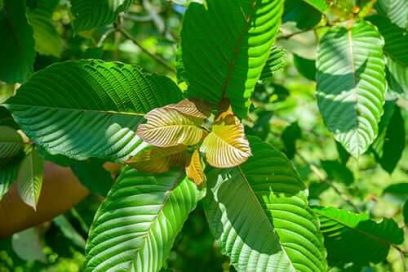 There are many states where kratom has yet to be prohibited or penalized. They include Arizona, Connecticut, Georgia, Louisiana, Maine, Maryland, Michigan, New York, New Jersey, Pennsylvania, Wyoming, Wisconsin, and more.

It is essential to keep remember that laws change rapidly from state to state. We frequently see new legislation proposed on a state level. Recent bills, such as the Kratom Consumer Protection Act, seek to restrict kratom sales to persons over the age of 21. They also seek to regulate kratom use.

These two notable substances possess unique attributes, but their properties have not been sufficiently evaluated by the scientific community. Moreover, their potential adverse events make them a dangerous combination. We recommend doing more research before taking kratom with Delta 8.