Is Kratom Legal in Florida?

Kratom is one of the most fashionable products in all of Florida. There are more than 115 shops carrying kratom powder and extracts in St Pete’s alone. The Ayurvedic herb’s widespread popularity owes much to its reputation as an unregulated substance.

In the U.S., kratom has yet to be outlawed or otherwise restricted under Federal law. Despite efforts by the FDA to institute a kratom ban, this impressive plant and its alkaloids remain legal in most of America. However, the availability and lawful sale of kratom remain a hot-button issue among state lawmakers.

If you’re a resident of the Sunshine State, you need to keep yourself abreast of the latest statutes governing kratom possession in your area. Kratom legality varies depending on where you reside. In places where kratom sales have been restricted, the penalties range from mild (a fine) to severe (imprisonment).

Looking to learn all about kratom and its legal status in your city? You’ve come to the right place. The following is our complete guide to kratom legality in Florida. 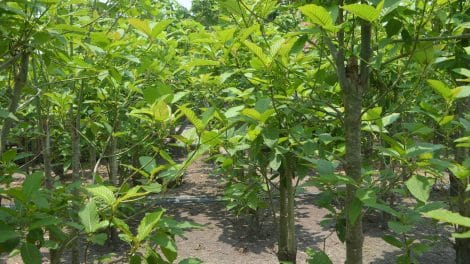 To understand all of the bureaucratic mania surrounding kratom, we must first understand what it is and why it has come under fire. Kratom is a name (one of many, including such colloquialisms as Biak-Biak and Thang) for the flowers and veins of the Mitragyna speciosa shrub.

Mitragyna speciosa is an evergreen tree from the coffee family of plants, which possesses some sui generis chemical components. These components include alkaloids and flavonoids. The alkaloids mitragynine and 7-OH (7-hydroxymitragynine) are responsible for much of kratom’s appeal.

These potent compounds are thought to be responsible for kratom’s bold, lasting and versatile aroma. Some have found this aroma soothing, while others have been thrilled with its supposed “bracing” impact. These reactions are believed to depend on the vein color of the kratom strain used.

Kratom is taken in various forms, including raw plant matter, AKA crushed leaf, micronized (ground) kratom powder, capsules, or liquid extract. Kratom extracts are more potent than plain leaves because they are produced by infusing a select amount of product with the alkaloids from multiple leaves.

Why is Kratom Banned in Some States? 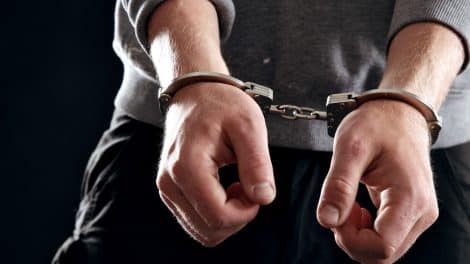 Kratom extracts are one of the many factors that have fueled the debate over kratom’s safety. Some have warned of the increased risk of abuse and addiction among those who use kratom extracts, while others have noted the incapacitating aroma of certain extract brands.

Due to its unregulated nature, the kratom business has become a cottage industry, with sketchy vendors packaging or storing kratom in their living rooms, bedrooms, basements, or garages. With dozens of vendors cropping up daily, the industry resembles the Wild West, a place of hucksters and crooks.

The term “backpack vendor” was even coined to describe folks who buy bulk kratom from third-party brands and pass it off as their own. Such trends have set a dangerous precedent, making it more difficult for customers (or medical institutions) to track bad kratom batches.

This shoddy behavior, coupled with several industry outbreaks of Salmonella, has led many legislators to consider classifying kratom as a controlled substance. Some states have passed versions of the Kratom Consumer Protection Bill, which seeks to protect consumers against improper kratom sales.

The Kratom Consumer Protection Act requires kratom processors to properly label each pouch of kratom while requiring vendors to register their products and define kratom on their packaging. This landmark piece of legislation also explicitly prohibits kratom sales to minors.

Kratom has been categorized as a Schedule 1 controlled substance in Alabama, Arkansas, Indiana, Rhode Island, Tennessee, Vermont, and Wisconsin. As a result of this classification, possession or sale of kratom is prohibited in these states. The same is true in Washington, D.C. 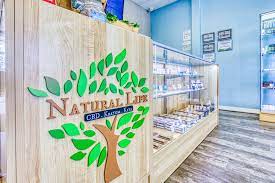 Kratom is legal in Florida but has been restricted or outright banned in select cities and counties. Fortunately for residents of the Alligator State, it’s easier to get your hands on kratom than it is to get out of jail if you make more than one mistake in life.

More than 200 shops are selling speciosa products in Miami, with another 180+ stores within Tampa city limits. Most of the state has embraced this natural delight, though it has met with some degree of stigma in pockets of Southwestern Florida.

While it is technically legal at a state level, kratom’s future could be more apparent. A new bill has been proposed which would regulate kratom. According to Senator Joe Gruters (R-Sarasota), this legislation would require distributors to test and certify kratom products prior to delivering them to retailers.

Why is Kratom Banned in Sarasota? 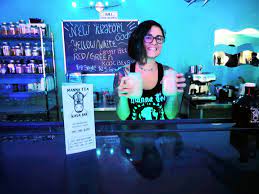 In 2014, Sarasota County lawmakers passed an ordinance that qualified kratom as a “designer drug.” Consequently, the herb was outlawed, and users were subject to misdemeanor charges and a $500 fine. Those caught with kratom could face up to 60 days in jail in addition to the specified fine.

It is unclear what led to the county’s decision to pass a kratom ban, but the ordinance is likely due to hospitalizations related to headshop products. In December 2013, it was reported that at least four individuals were hospitalized after smoking Spice in Sarasota.

Sarasota County kratom laws may have prevented locals from buying kratom within blocks of their homes, but it has done little to solve any regional drug problem. Ironically, drug overdoses are rising in Circus City and neighboring Manatee County.

Meanwhile, Mitragyna speciosa is said to be helping countless consumers in other parts of the Sunshine State. For example, Natural Life chain owner Gabe Suarez says customers come in every day to tell them how the plant has changed their life for the better. 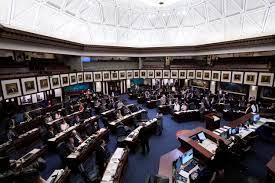 Kratom is 100% legal in Lee County, FL. In 2021, Lee County supervisors heard about the herb from a coalition of law enforcement officials and concerned citizens. The collective called for kratom use to be restricted, but supervisors were largely unmoved by their pleas.

Members of the supervisory committee said kratom should be banned at a state level, but these members did not make any attempt to institute a local ban. On the contrary, state chairperson Vicky Rose vehemently opposed any ban suggestion.

Since the 2021 meeting, no further pleas for kratom have been formally heard, and county lawmakers have continued to defer to the state regarding what kind of action to take. Thus far, kratom remains legal throughout most of the state.

Where to Buy Kratom in Florida 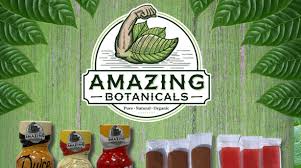 Don’t be misled by the kratom in Florida Reddit thread, which seems wrought with shills and trolls of every stripe. If you’re genuinely looking to get your hands on premo speciosa in the Sunshine State, look at our staff picks for Florida’s best vendors.

Amazing Botanicals is a Hollywood, FL, vendor with fire products, fantastic prices, and an innovative spirit that has made for an ever-expansive collection. This brand offers everything from nano kratom shots and kratom cigarettes to premium kava and 50x kratom extract capsules.

This vendor sells split kilos for as little as $99.98. It delivers free shipping on every order and gives consumers a 30-day money-back guarantee. If that’s not enough, this trailblazing bunch carries more than 10 varieties of edibles, such as kratom cookies and gummies. 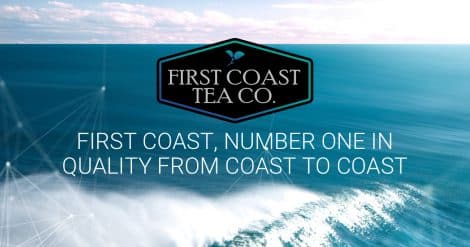 Jacksonville may be regarded as something other than a prestige city. After all, it’s most notorious for its barbecue sauce-smeared beach bums, its cookie-wielding nu-metal rejects, and its half-assed flip-flop-clad bank robbers. Nevertheless, it has its charms, of which First Coast Tea Co. is one. 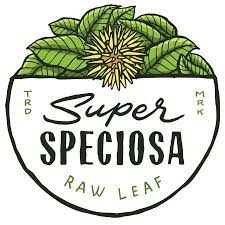 This Fort Lauderdale herb shop specializes in signature reserve kratom and raw leaves. It offers in-store service and delivery on all of its kratom powder and capsules. Like First Coast, these folks are GMP-certified.

Super Speciosa is a five-star brand with hundreds of positive reviews on platforms like Google. Moreover, it provides third-party laboratory results for each of its kratom strains.

Except for Sarasota County, you can find kratom at any number of cocktail bars, headshops, hookah bars, kava loungers, and kratom shops across the Sunshine State. When in doubt, refer to our Complete List of the Best Kratom Vendors for a viable online alternative.