Is Kratom Legal in California

Is Kratom Legal in California – What You Need to Know 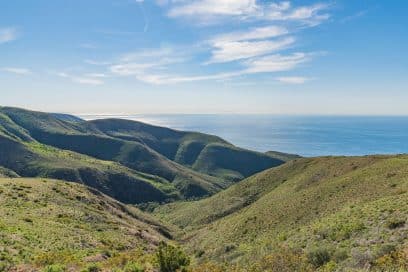 Kratom legality is no joke, even in a state with progressive views and generally liberal policies. The problem isn’t always the state. Instead, it is the municipalities and subdivisions of the state that poses a threat to kratom consumers.

If you’re new to California and looking to score some top-shelf speciosa, you’ll want to read today’s post. You’ll find out everything you need to know about kratom’s legal status in the Golden State.

Other blogs have covered the broad strokes, bringing you the bare minimum where kratom legality is concerned. We aim to deliver a much-needed kratom ban update while providing valuable insight into your legal rights.

What is Kratom Legally Used For? 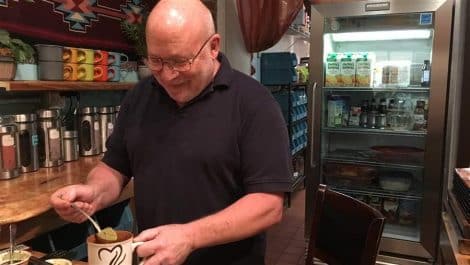 You’ve heard about it on the news, no doubt in a less-than-flattering light. You’ve seen it advertised in the windows of every convenience store, smoke shop, gas station, or headshop from here to Hermosa Beach, but maybe you’ve wondered if it’s as safe and sound as it is popular and widespread.

Before we go into when and where kratom is safe to be purchased, let’s talk a bit about kratom origins. To fully appreciate kratom, the public should be adequately educated about where it came from and what it is.

Kratom is derived from the leaves of the Mitragyna speciosa [Korth] shrub, a massive evergreen tree from the coffee family of plants. Kratom originates in the tropical rainforests of Southeast Asia, where it is nurtured to optimal maturity by experienced native petani.

These skilled farmers harvest kratom leaves once their veins have grown plump and their leaf coverage fully matures. These leaves are ground up into crushed leaves or micronized into a fine powder for sale on the international market.

Historically, kratom leaves were chewed by native laborers in indigenous countries. The petani chewed kratom for its refreshing aroma, which they believed to be helpful when enduring arduous work conditions. Today, several groups of working professionals have turned to kratom for the same reason.

As a genus of the coffee fam, kratom is naturally stimulating, though it contains particular alkaloids (mitragynine and 7-hydroxymitragynine) that may contribute to a more serene experience. The alkaloid percentage in each kratom powder depends largely on vein color.

Those who legally purchase kratom have plenty of variety to choose from. The herb occurs organically in green, red, and white vein variations. In states and cities where enhanced kratom is legal, you can get gold and yellow strains, powders made from fermented kratom.

Does the FDA Regulate Kratom? 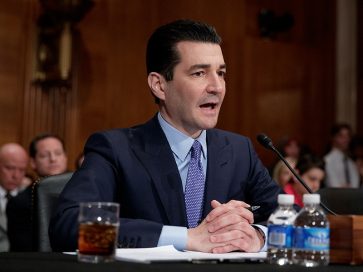 Kratom is legal at a federal level, which limits what the FDA (Food and Drug Administration) can and cannot do in its witch-hunt for the live kratom plant. Although the agency is a regulatory body responsible for regulating many human drugs, it cannot technically regulate kratom.

It’s simple. The FDA has refused to approve kratom for medicinal use and has cracked down on vendors for erroneously referring to it as a dietary supplement. Therefore, it should follow that the agency cannot regulate something it refuses to classify as a regulatory substance.

Speculation notwithstanding, the Food and Drug Administration has done plenty to demonize kratom. In November 2017, then-Commissioner Scott Gottlieb issued a public warning, urging American citizens to avoid kratom use. Gottlieb said he believed the herb was a severe risk to public health.

Over the last few years, the agency has issued a mandatory recall of kratom products and ordered U.S. Marshals to seize more than $5 million worth of kratom material from a prominent distribution company. Additional recalls were requested due to potential Salmonella outbreaks.

An analysis of 81 kratom samples found that only 42 percent were allegedly contaminated with Salmonella. Nevertheless, the administration continues to push a narrative that kratom is a risky substance tainted by bacteria.

It is worth noting that the CDC and the FDA’s conclusions have been based on samples taken from retail locations and some of the sketchier e-commerce sites. Their findings ignore the fact that there are numerous salad recalls every year. And, yet, no one is attempting to ban bagged lettuce.

Can You Buy Kratom Legally in California? 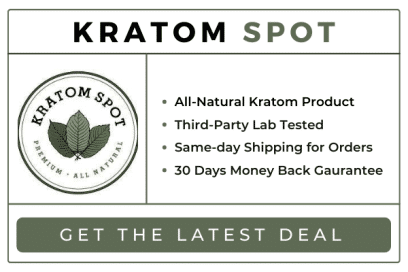 In light of the FDA’s analysis and its many admonitions concerning kratom consumption, many consumers are wary of trying this remarkable herb. Still, others wonder whether they’ll end up in bracelets at a downtown police station if they get caught with some kratom powder.

Most Californians have little to worry about when it comes to buying kratom. Mitragyna speciosa and its key alkaloids are protected under California state law. The Eureka State has maintained a progressive attitude toward ethnobotanicals and other potentially psychoactive substances.

Unfortunately, there are exceptions to this rule. We will cover these below, so you know exactly where you stand. Don’t worry. You don’t have anything to worry about if you play your cards right. 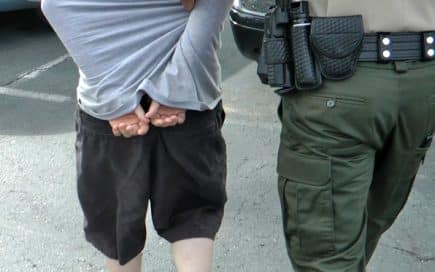 Despite the misconception, kratom remains legal in most of San Diego County. There are approximately 20 shops legally selling kratom products in and around the Plymouth Rock of the West. Some confusion was created when the city of San Diego instituted its own kratom ban back in 2016.

Kratom possession San Diego rules are pretty straightforward. Under city ordinance, kratom manufacturing, distribution, possession, or sale of kratom is prohibited. It is classified alongside far more dangerous compounds, such as bath salts and spice, on the city of motion’s Synthetic and Psychoactive Drug Laws list.

Those who are caught possessing or selling kratom face citation or possible arrest. The penalty may depend on the amount of kratom in one’s possession. Possession fines can cost up to $500.00. You may consult with an attorney before buying kratom in San Diego County. Should you get picked up for possession of small-batch kratom, you’ll want to call a Los Angeles drug possession lawyer.

Why is Kratom Banned in San Diego? 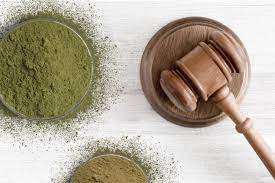 According to a feature in San Diego Magazine, kratom was banned due to local panic. At the time, policymakers were concerned about the preponderance of headshop items like spice that were making locals ill. The piece suggests that kratom was unfairly lumped in with these synthetics.

The good news is a kratom ban update was provided in 2020 when ABC 10 News reported that San Diego County had put the kibosh on plans to outlaw the herb throughout the county. After receiving public comment, county officials decided against declaring the plant a public nuisance.

This ensures ease of access for those who really desire kratom products. Carlsbad is a hop, skip, and jump away if you live in the San Diego area and don’t want to get pinched with any kratom powder. Alternatively, you can head to one of Kratom Kava Bar‘s neighborhood locations.

Where is Kratom Illegal? 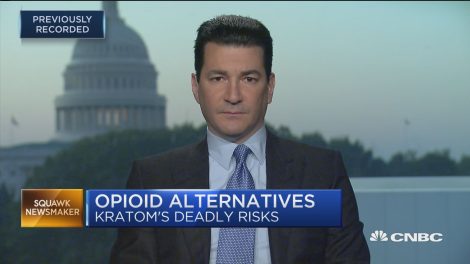 Unfortunately, San Diego isn’t the only city to ban kratom on the West Coast. Oceanside, CA, has also outlawed kratom sales and kratom possession. Arizona, Nevada, and Utah have each passed their own version of the KCPA kratom bill.

KCPA is short for Kratom Consumer Protection Act, a landmark piece of legislation that seeks to protect buyers by making it mandatory for vendors to properly label and test their kratom products. Furthermore, the KCPA kratom statute sets an age minimum, restricting kratom sales to minors.

If you’re from California and you’re set on doing some traveling, you should always be aware of changing laws. In recent years, Alabama, Arkansas, Indiana, Rhode Island, Vermont, and Wisconsin have passed kratom bans.

What You Should Know When Carrying Kratom in California 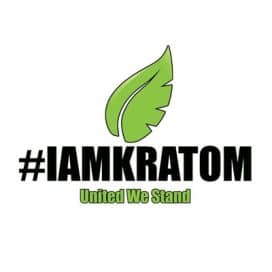 Many individuals have been arrested and imprisoned for drug possession on a technicality. Due to the oft-brown hue of micronized kratom powder it is easy for it to be mistaken for heroin and similar illicit substances. Consequently, you might run the risk of being handcuffed and thrown in jail for possession.

You could be an out-of-towner with a pocketful of powder and an urge to explore Escondido or La Mesa. Your intentions could be as pure as your kratom, but if you walk too far, you might get picked up by a cop along the I-15 or El Cajon Boulevard.

The smartest thing any tourist or native Californian can do is stick to designated areas when purchasing, carrying or taking kratom products. It would be best if you abide by all local laws. Remember, every case of abuse, arrest, or public intoxication only fuels the push for a nationwide ban.

Many kratom users are fond of sharing the hashtag #IamKratom. We must start taking this hashtag literally. Kratom trees thrive in sunlight and have a tolerance for poor conditions. To be like kratom, we must be bright and tolerate the dirt that’s slung at us. Be the kratom. Stay strong.