It is not particularly astonishing to learn that a kratom vendor has gone out of business. After all, there are literally hundreds of individuals selling kratom in the United States. However, it is more than a bit surprising to learn that a long-established company has vanished without a trace. Such is the case with West Coast Kratom, a Pacific Northwest kratom vendor with nearly a decade of experience in the industry.

After racking up positive testimonials and receiving placement in numerous smoke shops, West Coast Kratom disappeared like so much vape juice. Find out everything you need to know about this brand and its passing in our comprehensive vendor review.

This Oregon-based kratom vendor was one of the earliest smoke shop kratom brands in the Pacific Northwest. Its products were stocked by a handful of local headshops and convenience stores. Most of its business was conducted online, with sales through Facebook and its online store. Alas, westcoastkratom.org is no longer an active URL, pointing to the possible dissolution of this once-prominent brand.

After launching in 2011, West Coast Kratom made the same mistakes typical of many kratom start-ups. It made baseless and wild remarks on its site, which bothered many in the community.Much of West Coast Kratom’s marketing made seasoned users wary about purchasing its products.

It is quite possible that such materials were behind this company’s downfall, which would explain why the site is no longer functional. The products themselves have vanished from the domestic marketplace. Whereas other kratom suppliers prospered thanks to their social media presence, West Coast Kratom failed to connect with any sizable audience. Its Facebook page attracted less than 100 likes, while its Twitter account received even less attention.

This is mind-boggling when one considers what this vendor was promising. With posts about free shipping, free giveaways, and discounted kilos, you’d be forgiven for thinking that West Coast Kratom was a bestseller. Unfortunately, the kratom community is a discerning bunch and they saw right through this company’s bait and switch B.S. It probably didn’t help that West Coast Kratom billed themselves as the best in the West. Most seasoned vendors are a lot more humble in their approach. 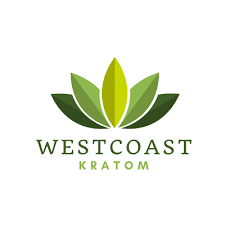 At the height of its powers, West Coast Kratom sold the following kratom strains in both powder and capsule form:

Information about this vendor’s kratom powder varied from one site to another, with Twitter suggesting its collection was limited to the aforementioned variety. Of course, the online store contained additional strains, some of which sold out with great frequency.

In an effort to keep tabs on the latest brands and what they are up to, we regularly take notes in our employee journals. A quick review of our initial impressions from 2012 show that West Coast Kratom’s White Sumatra was the number one staff pick for this particular brand.

You can tell White Sumatra apart from other white veins in that its leaves are frosty and boast a singular fragrance. The aroma is redolent of everything from coconuts and matcha tea to moss and citrus.

What’s It Going to Cost Me?

It is difficult to determine what this vendor charged for its kratom products because its website is no longer active. However, many customers suggested its pricing was reasonable. One reviewer wrote, “Consistent prices, high quality. Always receive orders within two days, even though I’m on the opposite coast!”

Given its origins as a wholesale kratom brand, one can safely surmise that prices were higher than those charged by bulk kratom vendors. 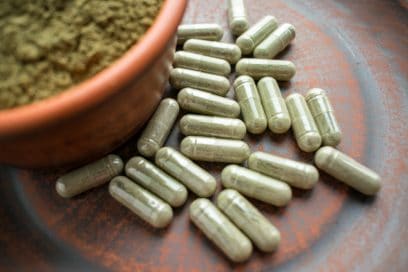 As we mentioned earlier, West Coast Kratom offered its customers free shipping. Packages were typically shipped via UPS, with most users receiving their packages in two business days. Its refund policy is no longer available, although it’s safe to assume that it was similar to that of other brands. Most wholesale kratom suppliers offer refunds on unopened products.

This seller was one of the first to accept alternate payment options in addition to major credit and debit cards. West Coast Kratom accepted COD (Cash On Delivery) and postal money orders.

If there’s one thing that makes West Coast Kratom’s disappearance especially stupefying it’s the positive feedback the company received. At one time, customers were not only satisfied with the product they tried but loyal to the brand as a whole.

One reviewer said, “Consistent prices, high quality. Always receive orders within two days even though I’m on the opposite coast…Thank you, West Coast Kratom!”

Another user said, “I ordered from these guys from Arizona and my package arrived in two days! The product is as advertised. I only got a sample of their Bali and it treated me well. My next order will be a lot bigger. Can’t really say anything negative about this first experience.”

This vendor provided customers with a mailing address, email address, and phone number by which to reach them. When you called its local number in Hillsboro, OR, you usually got an answer within a few rings. Email responses were not always as prompt and, in some cases, replies were not forthcoming whatsoever.

In summary, West Coast Kratom possessed many of the strengths one has come to associate with quality kratom. However, it possessed far more weaknesses, all of which may have conspired to put them out of business. Should this brand ever resurface, we would strongly advise against buying its products. This is not a reputable outfit, nor does it offer any of the assurances of a top kratom vendor.