The rise and fall of small independent Kratom shops are a common occurrence in the Kratom industry. While some brands find success and thrive, others fail and fade away. Unfortunately, a lot of beloved Kratom vendors disappear overnight without a trace. Vivid Organics was one of the smaller Kratom companies that experienced this type of demise. Despite their many loyal customers, Vivid Organics could not sustain itself for very long, and it eventually folded under its own weight.

The reason for their closure was unclear but in the last few months of their operations, their Kratom shipment was put on hold by the U.S. Customs and Border Protection. They managed to bounce back from it, only to shut down shortly thereafter. It was as if they just disappeared. Their website suddenly stopped working, their presence on Reddit became non-existent, and updates on their Facebook page were few and far between. In fact, the last time they posted anything online was two years ago.

Based on the little information left online, Vivid Organics was a fairly small independent brand that sold a wide variety of Kratom strains and veins. They were very popular on Reddit, with a reputation for being a great vendor to deal with. In fact, a lot of Redditors commented that Vivid Organics sold some of the most potent powder and capsules in the market. The company also gained popularity due to their pricing, which was very reasonable, and their customer service, which was always responsive. They also offered split kilos of up to eight strains, which was pretty rare in the industry up until today. It was a huge success for them, as this was one of their most profitable products. It is no wonder why Vivid Organics was so popular on Reddit back then.

Vivid Organics had a huge impact on the Kratom community, especially on Reddit. The number of posts mentioning them increased significantly because of their unique business model. They were also very responsive in answering customer inquiries, which made them even more popular. However, their sudden disappearance has left many of their loyal customers wondering what happened. This is a common trend that happens to Kratom brands who are just too small or under-capitalized to make it in the industry. The Vivid Organics story is the perfect example of how an established Kratom vendor can quickly fall into oblivion without a trace. 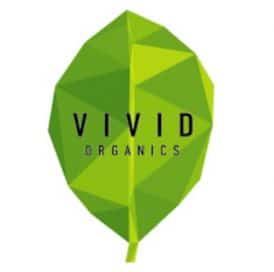 As mentioned earlier, Vivid Organics was beloved by customers because of their pricing. They offered some of the most competitive prices for Kratom products in the market. In fact, their prices were so affordable that many people preferred to buy from them over their larger competitors. Their split kilo promotions and discounts also made them even more desirable.

Here’s how much Vivid Organics charged for their products back in the day:

Vivid Organics will be remembered as a reputable Kratom vendor that offered affordable and competitive prices. They had an amazing track record when it came to customer service, which was highly appreciated by their loyal customers.

Here’s what Redditors had to say about Vivid Organics:

“I got the 8-way split kilo and I’m very satisfied with all of the Kratom. Exactly as you said, fine grain, rich smell, beautiful coloring. And the packaging is definitely my favorite!” – Assertedegg, Reddit

“Top notch, these guys always take care of me and they most always have the best strains.” – Kylan S., Facebook

There is no doubt that Vivid Organics had a huge impact on the Kratom community back in the day. However, it is unfortunate that they were not able to maintain this status. They were too small to be successful in the industry, which resulted in their downfall.

During their short stint on the Kratom scene, Vivid Organics did a great job in providing quality products and excellent customer service. We did not find any online complaints about them. The sad part about Vivid Organics is that they could have been a great business if they had stayed around. Their disappearance was plagued with speculations about whether they went out of business, or whether they were actually sued.

Because Vivid Organics’ website is no longer operational, there is no way to know if they are still in operation, let alone if they have any active discounts or promotions. However, back in the day, they were very generous in offering discounts to their loyal customers. In fact, they regularly posted Vivid Organics coupons and promotions on Reddit and Facebook. Their success may be short-lived, but they earned their loyal fans with good customer service, and they will be remembered for it.

Vivid Organics was a reputable Kratom vendor that offered some of the lowest prices in the market back then. They were known to provide quality products and excellent customer service. Unfortunately, their short-lived career is a sad reminder that you need to understand the risks associated with the Kratom business before jumping into it.

What happened to Vivid Organics is a true tragedy. This only shows how an unregulated market can cause an unexpected downfall for an otherwise reputable business. The legality of Kratom is still a controversial topic in the U.S., and there is no guarantee that Kratom will remain legal in the future. It is therefore imperative that we all become knowledgeable about the risks associated with this product and take necessary precautions. Time will tell if the Kratom industry will be successful or not, but as long as there is demand for Kratom, vendors will continue to come and go in the market.