Kratom Vibes was an Ohio kratom vendor with a brick-and-mortar shop and an online store. As a wholesale vendor and retail supplier, Kratom Vibes was known for its gregarious staff, good selection, and reasonable prices. The business was first established in 2018, opening to critical acclaim and a typical local turnout. Unfortunately, things took a turn for the worse in the wake of the global pandemic. If you’re a resident of the Buckeye State and you’ve been thinking about heading down to the Kratom Vibes shop, you’ll want to think twice before doing so. Their valley storefront by the Oakwood WaterWalk Raleigh RTP is now shuttered and their online store cannot be reached. Learn all about what happened to this Morrow County herb shop and what your options are in its absence. We’ll tell you everything you need to know about this North coast brand in our comprehensive Kratom Vibes Vendor Review.

Kratom Vibes was a wholesale and supply store serving the southeastern and central parts of Ohio. Additionally, its official website served as a national kratom vendor, one that accepted CashApp, PayPal, Venmo, and more. The owner(s) promised the “highest quality kratom at the best price point you will come across,” which is a common refrain among online kratom vendors. Alas, Kratom Vibes’ prices were only good when compared to other neighborhood herb shops. Most Ohio smoke shops and head shops charge a substantial mark-up for goods you can get for far less money over the internet. When it launched in 2018, Kratom Vibes stood out from local competitors by virtue of its clean, spacious storefront, which included neat, orderly little cases of kratom powders, kratom capsules, and kratom tinctures.

Things got hinky during March and April of 2020, when a “Stay At Home” order went into effect and Kratom Vibes was forced to close its doors. More than 100,000 small businesses closed forever as the nation faced a global health crisis. At the time, the Kratom Vibes business page advertised an “End of the World Sale,” which amounted to a ten percent discount on all of its kratom strains. This offer was extended in the aftermath of the store’s indefinite closure. On March 21, 2020, this vendor posted to its business page, informing its clientele that its physical establishment would no longer be operational. “However, we are still operating through online orders,” a rep for the company wrote.

Evidence suggests that Kratom Vibes is no longer doing business online or elsewhere. Its website has seized to function and its phone number rings without any answer. This is disappointing to those who have tried its collection of exotic Ayurvedic herbs. In the past, Kratom Vibes has stocked a multitude of green vein, red vein, and white vein kratom powders, as well as gold strains and yellow strains. Its catalog once included Green Hulu Kapuas, Green Sumatra, Maeng Da, Red Bentuangie, and White Bali. Our research suggests that its prices were somewhere between low-priced and expensive, which placed it somewhere between Mitragaia and PurKratom in terms of its affordability. So far as we can tell, Kratom Vibes did not offer in-store kratom kilos.

At the height of its popularity, Kratom Vibes received some genuinely positive feedback from patrons. Back in December, 2020, a customer wrote, “Extremely helpful, knowledgeable … responsive to messages … and super friendly! They opened early for me when I needed it most my first time in. Recommend highly!” Another visitor said, “Love the variety and prices! Best kratom I’ve found locally and online!! Definitely check them out!” Other patrons praised their wide variety, friendly service, fast shipping, and great prices, with one user saying, “The quality is far more superior than any other kratom I have found online and around the Ohio valley … they are very educated in what they sell.” Still another reviewer wrote, “This is easily the best place in the valley to buy your CBD and kratom products … they have a nice selection, the owner is a nice guy, locally run and the prices are 50% cheaper than competitors! You won’t be disappointed!”

The only complaint levied against Kratom Vibes came in July, 2021, when a customer posted to Google Reviews, saying, “I have called many times, they never answer. I was in … for a few days in March. Since they wouldn’t pick up their phone, I messaged their Facebook business page. I got an automated message saying they will get back to me. They still have not answered … their website says the domain isn’t connected to the internet.” Based on our research, no complaints were ever lodged with the Better Business Bureau, nor did any negative feedback find its way onto Trustpilot. Sadly, Kratom Vibes was a well-regarded vendor that simply could not weather the financial fallout of the COVID outbreak. 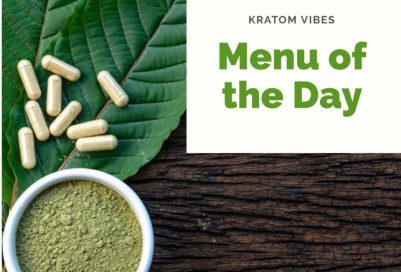 As we mentioned above, Kratom Vibes offered discount codes at the advent of the pandemic. Customers could use the promo code ‘EOW10’ to receive ten percent off their total at checkout. There was only one problem: the company’s online store was already down and, thus, checkout consisted of e-mail exchanges between consumers and the vendor.

This vendor was not a participant in the AKA’s GMP (Good Manufacturing Practices) program, which may explain why it did not last as an online brand. Many of the top kratom vendors have willingly participated in the program as a sign of good faith. The GMP program is important to the future of Ohio kratom legality and the future of kratom in general, as it establishes standards by which vendors are expected to manufacture, label, test, and verify their kratom products and their consumer safety.

Those who live in the Ohio valley can rest easy despite Kratom Vibes’ dissolution, as there are many vendors to choose from. Here is a short list of the best places to buy kratom locally in Ohio:

Kratom Vibes is no longer available online, but that doesn’t leave Ohio residents in the lurch. Check out our Complete List of the Best Kratom Vendors for a full list of the options at your disposal.