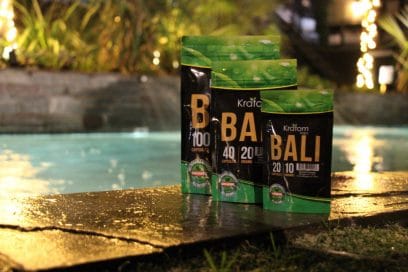 Kratom Kaps is a wholesale vendor that doesn’t sell directly to consumers. As such, most people will encounter their products at headshops and smoke shops. We all know the stigma associated with headshop Kratom. Does Kratom Kaps deserve your attention anyway or is it merely another weak, over-priced headshop brand? Stay tuned to find out!

Kratom Kaps brands themselves as “the highest quality available on the market.” They also pledge to only work with Mitragyna speciosa farmers who meet their “strict, sustainable Non-GMO standards.” Of course, it’s easy to make promises like these without delivering on them. That’s why The Golden Monk puts so much time and energy into reviewing vendors for you. After all, if you can’t find your desired product in our store, we want to help ensure you still have a great Kratom buying experience.

Like many headshop brands, Kratom Kaps doesn’t produce an overly large selection of Mitragyna speciosa products. Instead, they focus on four strains and sell the in a variety of sizes. Each strain also comes in powder or capsules.

None of these strains include further details such as what Vein they are. This could be quite frustrating for those who prefer a Red Bali over a White Bali, for example. We’re not sure why this vendor decided to go such a simplistic route, but we imagine it makes things easier while courting inexperienced buyers.

If you buy Kratom regularly, you know that pricing can vary significantly based on the strain and the retail vendor. This is especially true of headshop Kratom because these brick and mortar locations must command a higher price tag to stay in business.

Kratom Kaps does have a suggested retail price for each of their products. Retailers don’t have to stay within these guidelines, though, so you could find these products for virtually any price on the Kratom pricing spectrum.

The suggested prices are:

Kratom Kaps doesn’t circulate coupons because they only work directly with wholesale vendors. This doesn’t mean you won’t be able to find a discount from your local headshop, but you’ll have to keep an eye on them for any specials.

Those who haven’t tried Kratom from a reputable online vendor seem to have a mostly favorable opinion of Kratom Kaps. Everyone else on Reddit, though, is far from impressed by this vendor.

In one thread, a naysayer went so far as to say, “you just as well have stuck turds in your mouth…headshop crap gives Kratom a bad name.” Another person acknowledged that it’s “probably the best head shop stuff around.” But they then opined that the company’s products still aren’t worth it: “Poor, poor quality.” Others say that Kratom Kaps does the trick but is super expensive. 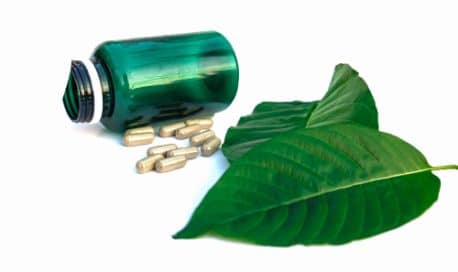 It’s difficult to judge a vendor’s customer service skills when they don’t work with the public. Despite this, we did find some controversy from a year ago. On Reddit, a concerned forum member tried to reach out to Kratom Kaps in response to the salmonella scare. Instead of getting assistance, the guy claims he received the following response.

“We are not the company that manufacturers Kratom Kaps products. Unfortunately, we are unable to help you with your inquiry.”

Now, it’s impossible for us to know if the Reddit member sent an email to the correct vendor. But if he did, the lack of accountability from the company’s customer service is appalling. And it’s even worse when you consider this happened during the salmonella scare.

No matter how you slice it, this appears to be yet another headshop brand that’s just not worth the cost or hassle. Of course, the only way you’ll know for sure if their products work for you or not are by trying them.

Looking for a vendor that sells directly to the general public? The Golden Monk’s Complete List of the Best Kratom Vendors provides a long list of options to help you find exactly what you need!