Gulf Coast Kratom is an industry success story like no other. This Texas-based kratom vendor has made a name for itself in less time than it takes most e-commerce sites to work out the kinks in their payment portal.

First established in September of 2021, Gulf Coast Kratom was founded by Roel G, an independent entrepreneur from South Texas with a devotion to quality, purity, and customer satisfaction. The owner of this ethnobotanical enterprise has logged more hours on social media platforms than any other kratom vendor that we know of and their efforts have paid off. In less than a year, Gulf Coast K has earned hundreds of Likes, reviews, and upvotes across multiple platforms.

If you’re looking to explore this vendor in more depth, you’ve come to the right place. Read on to learn all about the pros and cons of this Lone Star State supplier. We’ll tell you everything you need to know in our complete Gulf Coast Kratom Vendor Review.

Gulf Coast Kratom is one of the rare small businesses that learns from its mistakes and accepts constructive criticism from the kratom community. Though it initially launched in 2017, Gulf Coast Kratom didn’t really become a successful brand until late last year.

After two years of running afoul of the community by failing to carry lab results and limiting its products, Gulf Coast Kratom reemerged in 2021 to prove that it had changed. The result was a newer, better online store, with total transparency, killer prices, and incredible kratom cultivars.

Gulf Coast K’s official slogan is, “Come ride the wave,” a chill sentiment that is further cemented by its sublime logo of a wave crashing before a bright orange sun. If this enthusiastic catchphrase doesn’t grab you, the promise of “Average 1.76% Mitragynine” will surely do the trick.

Not only is Gulf Coast Kratom assuredly potent, but it is also backed by independent third-party testing, which ensures purity as well as potency. This brand submits its products to Murray-Brown Laboratories, Inc., a Denver-based testing service whose motto is “Beyond the Raw Data.” This lab analyzes Mitragyna speciosa specimens for alkaloid concentration, aerobic plate count, coliform bacteria, heavy metals, mercury, mold, poison, Salmonella, and more.

As if this weren’t reason enough to check it out, Gulf Coast Kratom delivers deep discounts on kratom purchases of all sizes, with kratom kilos that are well below the industry average and 100-gram pouches that sell for less than what many charges for an ounce. You can get a lot of bang for your buck and you’ll know that it is not sacrificing quality for savings thanks to its laboratory evaluation.

At first glance, you may think Gulf Coast Kratom’s packaging is amateurish. After all, few noted vendors ship their kratom powder in shiny blue pouches. However, these packages are actually quite durable and make it harder for tearing to occur during transit. Each packet is sturdy and resealable, and you’ll know exactly what you’re getting with its detailed label. Each batch of Gulf Coast K carries a lot of numbers, supplement facts, and additional strain information.

This supplier’s reputation among consumers is still steadily growing, but it is quite astounding for such a recent brand to have so much support from online kratom forums. Nearly every post we’ve read has extolled the virtues of its kratom strains, kratom pricing, and customer service. Where other brands have been met with skepticism or hostility, Gulf Coast Kratom was greeted with eagerness and enthusiasm.

Gulf Coast K is known for its record shipping time, which can arrive in under two business days, depending on where you live. As a members-only site, Gulfcoastkratom.com’s shipping and payment information is kept under wraps, but customers have called it the fastest shipping in the biz.

By all accounts, this vendor offers products of unparalleled quality, with many customers saying they’ve never had better strains in their lives. Some swear by the brand, while others place it securely in their top three vendors. Each of its kratom powders has inspired customers to pen strain reviews on forums.

Gulf Coast Kratom’s web design may leave something to be desired; the layout is simple and the menu is threadbare. It would be nice for this seller to add a FAQ page and a refund policy to its site, but what it lacks in answers and assurances it makes up for with the solid evidence of its certificate of analysis.

Prices generally start at twelve bucks for one hundred grams, which is less than what many sites charge for a 28-gram pouch. For example, Kraken Kratom charges $19 for twenty-eight grams, while Kratzilla charges $29.99 for the same.

You can get two hundred grams for $18, five hundred grams for $45, or a kratom kilo for $90.00. The latter is an especially great deal when you consider that $120 was the lowest industry price for the last few years. For instance, Mitragaia charged $120 plus shipping for the last three years, while Titan Kratom charged $160.00. More recently, sites have sprouted up that purport to sell quality kilos for as little as $99.99, but many of them do not have Gulf Coast Kratom’s word of mouth.

You can pick up a 100-count of kratom capsules for $17.00, which gets you a net weight of sixty-five grams of kratom powder in all. As this vendor explains, “Our packages are done by weight, so most are over by a few capsules.”

Be sure to follow this vendor on social media, as it is a common practice for Roel to advertise exclusive sales on platforms like Facebook. For example, in the past, they have run a sale on green vein kratom powder and yellow kratom strains for six bucks per ounce. That’s more than twenty-eight grams of kratom for less than what you’d spend on a value meal at some fast food joint.

This vendor frequently offers special deals to the ranks of its exclusive membership. This has included a 20% off discount code redeemable toward your first purchase. You can look for discounts on its social media accounts or inquire about membership to learn more.

As we said before, this brand has attracted a lot of attention, almost all of it positive. One member on Double M Herbals said, “The site was super easy to use, which is important at my age. Customer service was excellent and my order came much faster than I expected. I used the GMD so far and it was so good. Smooth is a good adjective for this one … I also bought a WMD, but I have not been able to put the green down yet! The package is gorgeous too!”

Over at Reddit, a member said, ‘I just got my first Gulf Coast order today. I went with Whites & Greens based on some reviews I’ve seen on here (shout out to Hulu!). White MD, Super White, & Super Green. I am VERY impressed with the product, especially the White MD.”

Another member agreed, writing, “Ok WOW you were correct – those whites are amazing. White MD and (once again) the White Hulu.” Still, another member said, “Beautiful packaging and the colors of the kratom itself were very vibrant. It definitely seemed fresher than any other vendor I’ve tried so far.”

Elsewhere, a user wrote, “Gulf Coast may be the best kratom I’ve had to date,” adding, “I’m mainly a big vendor person (Kats and PurKratom have been my favorite), but I just tried Gulf Coast for the first time and it’s the most potent stuff I’ve ever had. Not to mention it’s very fresh, the labs were just done at the end of December. And importantly, he does lab testing!”

The site has received nearly one thousand likes on Facebook alone, which makes sense when you consider the outpouring of support it has received from reviewers and casual consumers alike. What we couldn’t find was any backlash from the community at large; there are no negative comments posted at Trustpilot, no bad reviews on Google or other sites, and no complaints lodged with the Better Business Bureau. Gulf Coast Kratom has not been named in any lawsuits, pending or otherwise.

Yes. As we mentioned earlier, Gulf Coast Kratom submits each batch of its kratom plant matter to Murray-Brown Laboratories, Inc., where it is tested for everything from arsenic and coliform bacteria to lead, mold, yeast, and more. What’s more, Gulf Coast K discloses its certificates of analysis directly on its homepage. Your access to this information is one click away. 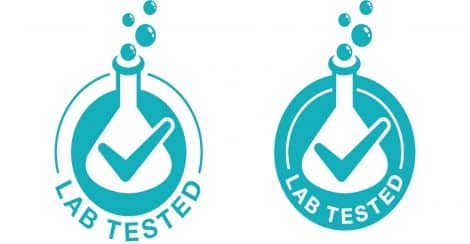 Yes. After a rocky start in the business, Gulf Coast Kratom rectified its past mistakes and made a name for itself as a trusted vendor. Over the last six-plus months, this vendor has impressed the community with its exceptional quality, awesome prices, good manufacturing practices, and social media presence. If you have a question about this brand, you can feel free to pose that question on any of the top social media platforms. Roel will respond publicly or privately to your question with a satisfying answer.

This supplier does not participate in the AKA’s GMP (Good Manufacturing Practices) program, which may seem disconcerting to some, but there is more than one way to look at the situation. On the one hand, the GMP program holds vendors accountable by requiring verification and mandating new standards in manufacturing, labeling, and so forth. On the other hand, countless top-shelf kratom suppliers refuse to participate in this program for personal reasons.

Gulf Coast Kratom is not the first vendor to eschew AKA involvement in favor of private laboratory assessment. Many companies opt for in-house or outbound analysis for the sake of discretion. Just because a company does not align itself with this nonprofit advocacy group does not make it any less of a trustworthy outfit.

In summary, Gulf Coast Kratom is a relatively new brand with a lot to offer the eager kratom enthusiast. Though time will tell if it has what it takes to prosper, this vendor already seems to be flourishing. In less than a year it has improved its business model, rolled out some incredible deals, and wowed the kratom community with its right-on kratom strains.

Still on the fence? You can find Gulf Coast Kratom alternatives from all over the globe. There are many vendors to choose from. Check out our Complete List of the Best Kratom Vendors to compare products, pricing, policies, and more.