Botanical Romance Kratom was Virginia’s most fascinating kratom vendor, but this homegrown health and wellness operation has vanished almost as fast as it appeared. Kratom brands come and go, but sometimes they leave a lasting impression. Their passing can leave a significant void in the market.

Find out the story behind this brand’s unfortunate disappearance and learn all about the alternatives that are right at your fingertips. Read on for the full skinny in our Botanical Romance Kratom Vendor Review.

This vendor was most beloved for its red vein powders, including Red Horn and Red Maeng Da, but it sold any number of seemingly peerless kratom strains at any given time. These included green vein and white vein, though it may have included gold kratom strains and yellow kratom strains, as well.

Botanical Romance Kratom distinguished itself from the pack by delivering premium-grade kratom that lacked the clumpy, gritty, bitter-tasting plant matter common to low-tier suppliers. There were many alluring items to choose from, such as Camo Blend, Red Bentuangie, and Super Green.

This vendor developed a reputation throughout 2020 for soliciting business via Double M Herbals posts and similar online kratom forums. Some community members may have had a problem with this, but there were plenty of others who were all too happy to avail themselves of Botanical Romance samples. 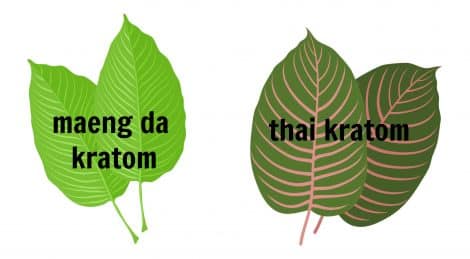 So, what happened to Botanical Romance Kratom? We will attempt to explore this question in terms of mitigating factors affecting the kratom industry before and during the last two years. We think you’ll agree that vendors can go out of business at any time.

There are approximately one hundred fifty brick-and-mortar shops offering kratom in the Greater West Point, Virginia, area. This area has five prominent kratom vendors, most of whom maintain functional e-commerce websites. This congestion could have played a role in Botanical Romance’s closing.

Botanical Romance Kratom was something of a “backpack vendor,” one of those DIY kratom enthusiasts who sell small-batch kratom or bulk via direct-to-consumer marketing. It attracted a wave of customers by offering free kratom samples on social media platforms, such as Pinterest, and Reddit.

This vendor attracted a number of new clients during the first wave of the COVID pandemic, which was impressive given its simple, no-BS approach to the industry. While others were closing up shop, alienating their customers on social, or resorting to the tactics of snake oil salesmen, Botanical Romance Kratom stuck to handing out free products and special promos.

This shows us that we must face facts as kratom enthusiasts: the kratom market is fungible. Botanical Romance Kratom’s perceived disappearance demonstrates the inherent volatility of the industry, as well as the unpredictable nature of vendors themselves.

This vendor could have gone out of business for a multitude of reasons, not least of which would be the global health crisis and the effect it had on the postal service. Increased demand, supply chain disruptions, and shipping delays lead the industry to suffer serious setbacks from 2019 to 2021.

Consequently, a number of online vendors shuttered their operations, lost valuable overseas sources, or settled for inferior Florida-grown kratom products. All of this has contributed to the demise of some brands and the rebranding of others. Countless companies have had to reevaluate their position.

Botanical Romance appears to have gone from a health food store to a backpack vendor to an e-commerce site and then back to backpack vending before, finally, reinventing itself as a bespoke furniture shop – if we go on the evidence available on Instagram – all within the span of three years.

What It Cost & How It Compared

Our research indicates that Botanical Romance Kratom kept its prices low, with kratom kilos selling for around $90-110, which would place it well within the industry low of the time. Prior to 2021, the lowest prices online tended to hover around $110-130, with Mitragaia charging $120 for bulk kratom.

This vendor provided prospective customers with myriad promotions, including kratom coupon codes, free kratom samples, and special discounts. At one time, a twenty percent off kratom sale was advertised on YouTube. You could type in ‘avaolonrox20’ to receive the discount.

It would appear as though select reviews have been scrubbed from the internet since Botanical Romance Kratom’s dissolution, particularly those originally posted by YouTube kratom channels. That being said, select reviews remain on sites like Double M Herbals.

One reviewer mentions the peerless quality of its red vein kratom, the value of its proprietary blends (Botanical Romance Daybreak Blend and Botanical Romance Mercy Kratom), and the total lack of bitterness to its leaf when mixed with water. They go on to recommend this vendor highly.

Unfortunately, there aren’t many actual reviews to speak of, and positive comments on social media seem to be nonexistent. We were unable to find anything on Facebook, Google, or Reddit. No reviews remain on YouTube or streaming platforms either.

A fair amount of negative press continues to dog this once-promising brand, particularly on one Double M thread where a member laments their overall consumer experience. “I ordered several strains,” they write. “A couple was alright…others didn’t hit…The whole package as well as the Kratom itself reeked of cigarette smoke. Was very weird.”

Another member complained about Botanical Romance Kratom’s site, writing, “The review sections for some of the kratom varieties on your website have been filled in with Viagra and Cialis spam.” Others appeared to have trouble figuring out where they were supposed to fill their order out.

Was It Lab Tested? 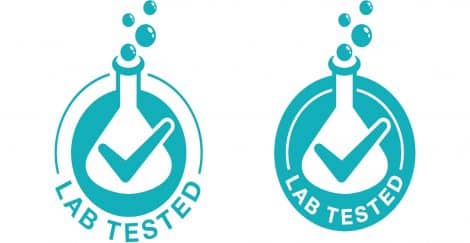 No. There is no available information or evidence to support the notion that Botanical Romance Kratom was lab-tested. No certificates of analysis remain, nor are there any forum ads referencing third-party labs. This isn’t surprising, as very few backpack vendors submit products for evaluation.

A lack of proper independent analysis could have played a role in Botanical Romance Kratom going under, as many consumers do not trust a brand that doesn’t test its kratom batches. After all, how are you supposed to trust kratom if you don’t know anything about its pedigree or potency?

This vendor did not participate in the AKA’s GMP (Good Manufacturing Practices) Standards Program. However, there was some confusion among consumers due to its allusions to the AKA. Botanical Romance Kratom was operating out of West Point VA, while the AKA was/is in Haymarket, VA.

Botanical Romance Kratom wasn’t the only one to opt out of GMP participation and they surely will not be the last. Failure to participate isn’t necessarily a negative and can be seen, in some cases, as a matter of personal privacy.

That being said, the GMP Standards Program shows potential buyers that you are serious about their safety and well-being. Participants must voluntarily submit to a third-party audit while adhering to AKA guidelines for marketing, labeling, verification, distribution, and so forth.

If you’re living in the West Point area and you’re majorly bummed to learn of Botanical Romance’s passing, the good news is, that there are plenty of options around. You can shop more than one hundred fifty smoke shops, vape shops, heads shops, and convenience stores.

Alternatively (and it’s a viable alternative), you can do some research and find yourself a trustworthy kratom source online. The following are our picks for the top three kratom vendors of the moment:

Austin Organic is a five-star vendor out of Texas, with a history of lab-testing and a penchant for doling out Austin Organic Village coupons. With thousands of followers on social and a ton of traffic at its online store, it’s no surprise this GMP-certified brand is becoming one of the nation’s most trusted.

With a thirty-day money-back guarantee and a dynamic variety of strains, Kona Kratom is widely considered Colorado’s best new brand for the 2020s. You can choose from more than two dozen lab-tested kratom specimens at competitive prices when you visit its user-friendly online portal.

As of this writing, New Dawn Kratom is only a year and a half old, but it has already earned a reputation befitting a veteran business. This Colorado Springs kratom supplier doesn’t have the lush packaging of Kona Kratom, but it’s got no small measure of deals, including split kilos with fast shipping.

In summary, Botanical Romance Kratom may be gone, but there are plenty of awesome kratom sources out there. If you think you’re passionate about the Mitragyna speciosa herb, wait till you connect with a customer support rep for one of the aforementioned brands.

Still on the fence? You can find any number of solid choices by visiting our Complete List of the Best Kratom Vendors. There you’ll be able to compare products, pricing, and much, much more, so you get the best for less.